[Please Note: This is an intriguing contemplation of history that in no manner should be considered doctrine. ~ Keren Hannah] 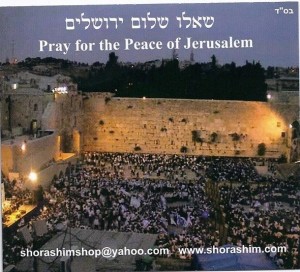 “Come let us go up to the Mountain of the Lord!”

Why this particular mount? The Bible and both Jewish and Christian commentary and literature offer many reasons. Adam was created here, God summoned Abraham to offer his son Isaac here, Jacob was stopped here on his journey of escape from Esau and, as he slept with a stone as a pillow, had the dream/vision of the ladder reaching Heaven and awoke with the revelation that this was the Place of God. This is where, according to King David’s design, in accord with the blueprint of God, the Holy Temple was built. This is the mount God chose to be His dwelling place on earth forever; the place where physical and spiritual would merge and meet in a unique way, as in an intimate kiss from the Beloved.

Interestingly, in a corresponding sequence, the name of Adam in Hebrew is spelt aleph– dalet – mem. We can view it as a simple illustration of Redemption history – present in the very first created being. Aleph begins Adam’s name, Dalet begins David’s name and it culminates with the final Mem for Mashiach – Messiah!

Historically speaking, King David began his reign in the biblical year 2891. If David is mid-point between Adam and the commencement of King Messiah’s reign, that would set the latter at 5782. We now are in 5775 (2015) and in general, within Scripture believing communities, there is a real and growing yearning for and anticipation of Mashiach’s royal arrival in his beloved Yerushalayim to establish his Father’s Kingdom in the earth.

We know that no one but the Father knows the exact day or time of this glorious arrival, but may we be encouraged to have our hearts and minds aware and prepared daily, as a bride eagerly awaits her bridegroom!

For those who enjoy historical time charts, the restoration of Israel in our times helps to give us a perspective on the timeframe of Redemption. When one stands on Masada, with its spectacular and stirring view of the Dead Sea and the mountains of Moab/Jordan in the distance you can imagine all that occurred there historically in 66 CE/AD.

Just 40 years before that, circa 3760, Yeshua had lived and accomplished his redemptive mission in Jerusalem, and 942 years before that David began his reign. David constantly read and studied the Torah given to Moses on Mount Sinai just 436 years before and, only 364 years before that revelation of God at Sinai, Abraham had ascended the mount where King Solomon would build the Dwelling Place of God.

No matter the day appointed for Messiah’s arrival, our hearts should be filled with anticipation to see our Bridegroom in the radiance of His glory. And we should also earnestly be participating in and praying for the physical and spiritual upbuilding and preparation of His Holy City – Jerusalem.