Jewish humor is…well…Jewish humor! You either get it or you don’t. Either way, no problem.

So…Moishe, is a Jewish actor, he is so down and out he’s ready to take any acting gig that he can find.  Finally, he gets a lead, a classified ad that says: “Actor needed to play an ape.”  “I could do that,” thinks Moishe.

To his  surprise, the employer turns out to be Central Park Zoo in New York . Owing to recent budget cuts and the great recession, the Zoo can no longer afford to import the ape to replace the recently deceased one, so, until they can, they’ll put an actor in an ape suit. Out of desperation, Moishe takes the offer.

At first, his conscience keeps nagging him, that he is being dishonest by fooling the zoo goers. Moishe also feels undignified in the ape suit, stared at by the  crowds who watch his every move. But, after a few days on the job, he begins to enjoy all the attention  and starts to put on a show for all the zoo goers.  Moishe hangs upside down from the branches  by his legs, swinging about on the vines, climbing up the cage walls and roaring with all his might while beating on his chest. Soon, he’s  drawing a sizable crowd.

One day, when Moishe is  swinging on the vines to show off to a group of school  kids, his hand slips and he goes flying over the fence  into the neighboring cage, the lion’s  den. Terrified, Moishe backs up as far from the approaching lion as he  can, covers his eyes and prays at the top of his lungs,  “Shma Yisrael Adonai Eloheinu, Adonai Echad!”

From a  nearby cage, a panda yells, “Shut up you schmucks,  you’ll get us all fired!”

So… middle of the night, sirens are blaring over London during the Blitz in WW II and elderly couple, Abe and Sarah, are fumbling their way in the semi-dark to get to the cellar. Half way down the stairs  Sarah suddenly cries out, “Oy! Abe, Abe, I must go back, my teeth are in the glass next to the bed!” Abe replies, “Nu, Sarah, vat do you think they are throwing here – sandviches?!” 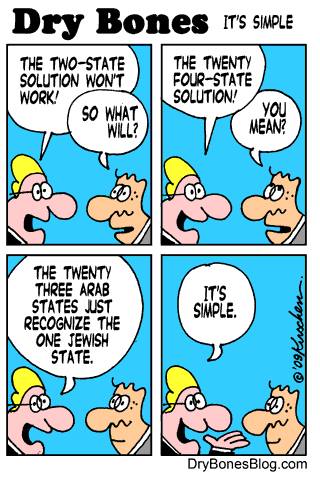 …and on building restrictions on Jewish homes due to International pressure 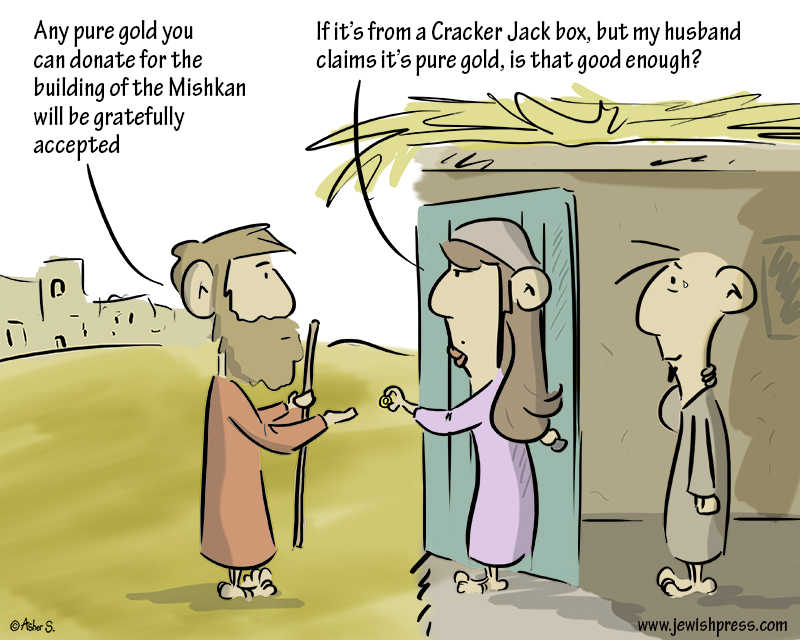 And, talking of Rashi (the great medieval Torah commentator) … a special Jewish Professor friend shared this one:

“So, Rashi and his wife were sitting down to an evening meal.

Rashi: “This chicken is a little dry.”

Mrs Rashi: “Do you have to comment on everything?”

This is not humor per se, it’s great wisdom particularly for the month of Elul and Rosh HaShanah – the Feast of Trumpets (Shofars) …plus – the little kid is so cute! 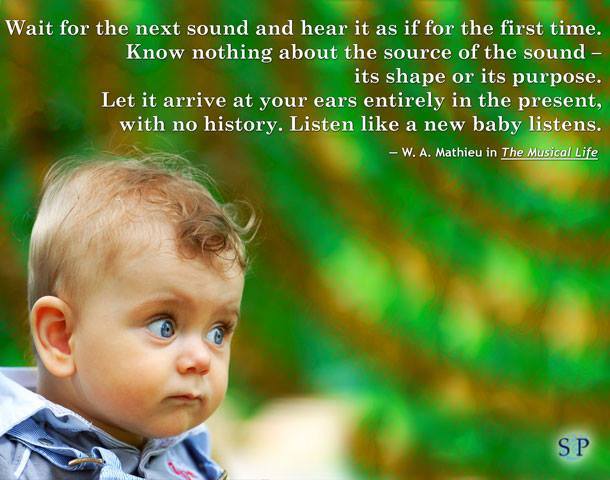