A Step of Faith and Courage 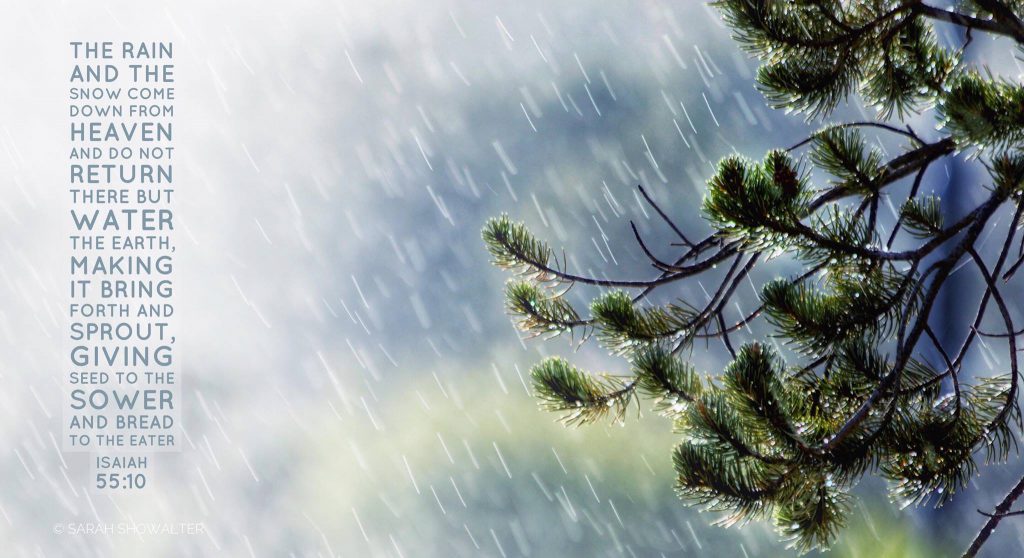 The well-known and loved Psalm 126 traditionally is recited in Jewish homes at major festive meals before the Grace After Meals blessings. Today, in Israel, the psalm also is read on Yom Ha’Atzmaut, Israel’s Independence Day, in celebration of God’s modern-day, miraculous restoration of His people to His Land.

The high esteem in which the psalm is held by some is expressed by author Feivel Meltzer,

“If we might compare all Biblical poetry to peaks of high mountains, and if many psalms articulate heartfelt longings of strength, softness, clarity and honesty such as a normal mortal could not achieve – still we would deem this psalm the highest of these peaks, the greatest of such articulations.” **

The beautiful verses of the psalm carry some ambiguity, however, and there appear to be two distinct halves to the psalm. The first, verses 1-3, describes the return to Zion and the second is a prayer, which, although bearing some apprehension also expresses reassurance. The context of the psalm is a time of exile, likely the Babylonian Exile during the 6th Century.   Personally, I see it as a song of faith; an anticipation of what will be; a flame of a dream in the heart that warms and energizes those in exile to believe and trust for their return home in the perfect timing of God. A promise that will stand strong no matter the obstacles and difficulties that might hinder and block the way.

The first verses indeed describe the vision and future hope, the “dream” of the fulfilment of God’s promise that the Land, at whose heart stands Mount Zion, is the eternal inheritance of  the family and nation of Abraham, Isaac and Jacob. In recollection of the past deliverance of the Israelites from Egypt, those in exile, in “a strange land,” confidently can say,

“The Lord has done great things for us. We are happy!”

Verses 2 and 3 also include a hope that the redeeming power of the God of Israel, His restoration of His people to His Land, would be noted by the nations as a testimony to the truth of HIs Word and the prophetic promises therein. See, for example Isaiah chapter 52, which is so pertinent to our present day.

The prayer here is for a sudden and speedy restoration – “…like afikim, watercourses or springs in the Negev [South].”

The Negev is an arid, desert area in the south of Israel. It only receives limited rainfall during winter. At times, however, when heavy rains fall in the higher northern areas, sudden floods occur as the collected rainwater gushes down the dry wadis (river beds). The phenomenon is instant and dramatic.  In the ‘winter’ of their separation from their homeland, the exiles long for a miracle of sudden deliverance that would come soon.

These verses proclaim the beautiful reassurances that have sustained both God-honoring Jews and Christians alike as they have gone forth, in accord with the purposes of God, whether by choice or by circumstance, to carry the Word of God and knowledge of Him to the nations of the world.

The Holy Scriptures often are compared to seed that carries life. For example, Isaiah 55:10-11,

For as the rain and the snow come down from heaven and do not return there but water the earth, making it bring forth and sprout, giving seed to the sower and bread to the eater, so shall my word be that goes out from my mouth;
it shall not return to me empty, but it shall accomplish that which I purpose, and shall succeed in the thing for which I sent it.

Also, in the gospels, e.g., Luke 8:4, Yeshua tells the parable of a sower who goes out carrying and dispersing seed, not knowing whether it will take root and grow and produce fruit or not. Likewise, the responsibility of those who are privileged to know the God of Israel, and to enjoy the abundant blessing of His Presence and the life and treasure of His Word, is simply to carry it with them and to share the “seeds” of the knowledge of God as they go.

Often this is a thankless task, and many tears of pain and intercession may be shed, but the promise of verse 5 stands firm:

“Those who sow in tears will reap in exultation, bearing his sheaves.”

Nothing done for the sake of His Name and the extension of His Kingdom is done in vain. Every small deed and seed sown is precious in His sight and will bear eternal and joyous reward.