A Step of Trust in the Lord’s Sovereign Enabling. 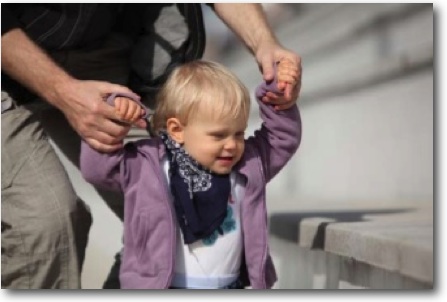 The introductory sentence, ‘A Song of Ascents; of Solomon,’ alerts us to the fact that, in context, the well known first verse applies to the Holy Temple – the House of God – to be built by David’s son Solomon. In wider application it also refers to the House of David, the royal dynasty that God promised would last for all generations. David makes it clear, however, that all these things are dependent upon the help of the Almighty Himself and are not the result of human endeavor alone.

Historically, in accord with David’s stirring speech to the people of Israel in 1 Chronicles 28, it is reckoned that King David composed this psalm after Nathan the prophet had informed him that although David had made all the preparations and collected all the gold, silver and brass that was needed, he would not build the Temple. It would, rather, be built by his son Solomon (2 Samuel 7).

David confirms the words spoken by God: “And of all my sons (for the Lord has given me many sons) he has chosen Solomon my son, to sit on the throne of the kingdom of the Lord over Israel. He said to me, ‘It is Solomon your son who shall build my house and my courts, for I have chosen him to be my son, and I will be his Father” (1Chr. 28:5-6).

Throughout all his many life experiences, including the slaying of the Philistine giant Goliath, David knew and understood the truth that all our endeavors only are accomplished in accord with God’s will and with the Lord’s sovereign enabling.
David, therefore, was confident that Solomon would not build the House “in vain,” for God had desired. He also had presented the blueprint and given detailed instructions for the work. In addition, David trusted that God would watch over Jerusalem, for He had chosen to place His Name there, as confirmed by Nehemiah (1:9),  and had commanded that David and Solomon set their thrones in His city.

To make a personal application, the Psalm pertains to building the ‘house’ our Father has planned for the unique, individual life of each of His children. In one’s relationships, in marriage and the home one builds, Divine help is needed; particularly regarding the raising of children whom, as we are told in verse 3, are “…a heritage of the Lord.”

Verse 2  It is in vain for you who rise up early , who sit up late, who eat the bread of sorrows; yes, He gives to His beloved one(s) sleep.

In context, the allusion here is to those who were plotting to wrest the throne from David and Solomon but who had failed, namely Absalom and his allies, and also Adoniyah (cf Psalm 127:2).* Solomon, however, is referred to as ‘beloved of God.’ “Among the many nations there was no king like him, and he was beloved by his God, and God made him king over all Israel” (Nehemiah 13:25).

No matter the plans of those who desired to take the kingship from him, Solomon could rest peacefully knowing that God was in control. We, too, when we entrust our lives into His care, can rest peacefully trusting that “the One who neither slumbers nor sleeps” is watching over us and working on our behalf even while we sleep.

Verses 3-5  Lo, children are a heritage of the Lord; the fruit of the womb is a reward. Like arrows in the hand of a warrior, so are the children of [one’s] youth. Happy is the man who has a quiver full of them; they will not be put to shame when they speak with their enemies at the gate.

Children are a great blessing and reward to a family and, when they are raised to know and serve God, they are a “heritage of the Lord.” David rejoices knowing that Solomon will preserve his royal dynasty and trusts that the heritage of the Lord also will be preserved. We now can rejoice, knowing that it is indeed through the lineage of David that Messiah was born in the lowly town of David’s birth and in the last days will return to take up His holy throne again in Jerusalem, the royal and glorious City of God.

Children are compared to “arrows” for good reason. In this masculine metaphor, just as a warrior does not randomly and thoughtlessly scatter his arrows, so it is a father’s responsibility to direct his children towards worthy, godly goals and purposes for the life that God has given them. Again, as we are reminded in the psalm, parents constantly need look to the Almighty “Warrior” without whose help and guidance their ‘arrows’ will go astray and ‘miss the mark’.

In Jewish tradition, this verse also is applied to teachers and their students. The input of teachers into the life of children is of great importance. A good teacher places high value on the life of each student and views each one as caringly as possible. For best effect, education needs to be implemented in one’s youth. While continued study and learning is valuable at every age, the education of children, by their parents in particular, is vital  – for, just as a warrior cannot retract an arrow once it is launched, once they are older and leave home, one cannot retrain a child “in the way he should go.”

To conclude the psalm and the analogy, we may then say: ‘Happy is the man and the woman, the father and the mother, and the teacher, whose life is a fullquiver  of such arrows.’ When they stand in the gate of the city – the general meeting place where affairs of the citizens are deliberated – they need not fear the taunts of any enemy.

David is referring to the enemies who aimed to take his and Solomon’s crown, but we can apply it to the enemy of our souls who delights in taunting with threats and falsehoods in his plans to ‘dethrone’ us from our rightful place as children of the King. With our hand in His Almighty hand and our trust in His sovereignty we can happily step forward and continue to build the house He desires and has planned for us – for His eternal glory.