HEARTS OF GRATITUDE AND BLESSING 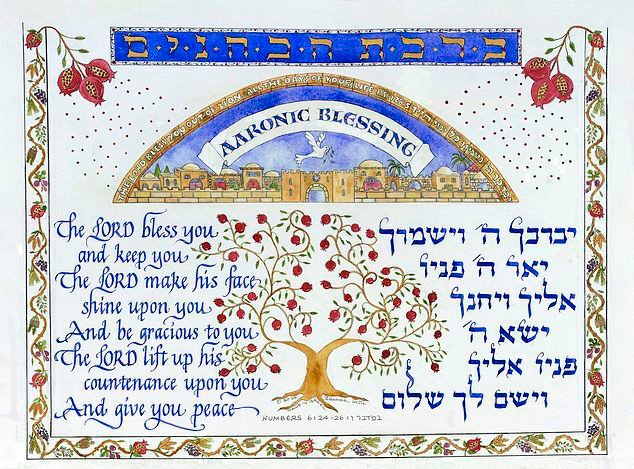 The fifteen steps have been ascended; hearts have been prepared, and a profusion of joyful praise has welled up, ready to pour forth in worship.

“Come bless the Lord, all you servants of the Lord
That stand by night in the House of the Lord!”

In the original context of the Temple, as sacrifices could only be brought and offered during daylight hours, the general public would congregate in the Temple courts during the day. After the early evening prayers, when most people returned home, the Levitical priesthood remained behind and, in accord with a set roster, would serve as watchmen on the walls through the night.

After the destruction of the Temple, commentaries compare the “night” to the long, dark night of exile. Although forcibly separated from His chosen Holy Dwelling Place of Zion, the loyal servants of the Lord continued to stand in worship of G-d and to lift up their hands in faith and hope towards the place of His Sanctuary in Jerusalem. Throughout the centuries of exile, and to this very day, Jews who physically live outside of the Land of Israel turn to face Jerusalem when they stand to pray. Thus, day and night, from all corners of the globe, a steady steam of prayer, supplication and thanksgiving is directed towards Zion. In return, the Lord, who hears and answers prayer and who neither slumbers nor sleeps, sends forth His blessings.

“The Lord will bless you out of Zion; Maker of heaven and earth.”

Our Creator still pours out His blessing from His holy hill. It is He, Maker of heaven and earth, the Source and giver of life to all things, who even now is at work to fulfill all His promises and the purposes of His Word. He is watching over His Word to perform it and is working out His plan of Redemption for Israel and all the nations from Zion, at the heart of which is His City, Jerusalem.

In the Hebrew verse,  יברכך יהוה מציון  –  Ye’varechekha Adonai mi’Tzion –  The Lord will bless you from Zion, the last letters of the three words form the word כהן – cohen or priest. *1 The chief role of a cohen-priest is to bless the Lord and to extend His blessing upon the people in a particular way. In Jerusalem every Passover, we witness an annual public Birkat Cohanim – Priestly Blessing. Thousands gather to the Western Wall, where hundreds of cohanim, covered in their prayer shawls, raise their hands to recite the Aaronic Benediction over the people.

The well-known and beautiful blessing, of Numbers 6:22-27, is echoed in the structure of this psalm, which is the shortest of the Psalms of Ascent. Both are composed of three lines. The Priestly Blessing places G-d’s Name upon the people and of the 23 words of Psalm 134, five are G-d’s Name YHWH – יהוה. Also, each of the three verses of the Psalm include the word ‘bless’.

In our great High Priest, Yeshua, we too can rise to our calling as priests in the Kingdom of G-d, and with grateful praise and in constant communion with Him, be those who faithfully extend His blessing to others. In this regard, another interesting facet of this last verse is that, in Hebrew, the pronoun “you” is singular. The focus has moved from all Israel to the individual. Then, in the last phrase that refers to the Maker of heaven and earth, we are reminded that the G-d of Israel is indeed the Creator of all and His ultimate will and purpose is to bless all nations and people from His now restored and rebuilt Dwelling Place of Zion.

May His Shalom, as you walk in closer unity with Him, fill your days and guide your steps as you now move forward to take the next step He has perfectly planned for your life. 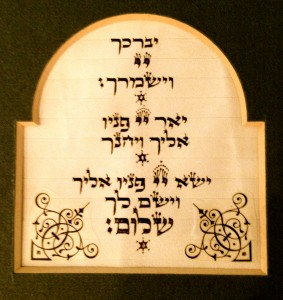