Amid all the horrors being perpetrated by the Islamic State & Co in Iraq, Syria, Africa and who knows where, and the demonstrations of Anti-Israel/Jewish hatred in major cities worldwide,  the sudden death of star comedian and actor Robin Williams (obm) focussed the mourning of thousands worldwide on this one tragic death.

Robin Williams was born an Episcopalian in Chicago, but his humor often had a definite Jewish flair and was sprinkled with Yiddish terms. He occasionally referred to himself as “an honorary Jew.” 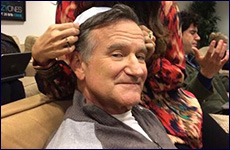 “What strikes me today is the lesson to be learned from Williams’ life – and death – here in Israel. In a sense, we, too, live a “bi-polar” existence. We as a nation, as a People, are constantly pulled between the extreme poles of ecstasy and tragedy. We are either celebrating wonders and miracles, or grieving over the loss of our loved ones. We create a great country, from the ashes of the Holocaust, and then we are immediately filled with anxiety and worry over the existential threats emanating from our hostile neighbors.

We win wars, thank God, against all the odds, but then we must agonize over the aftermath of every conflict. Each cause for celebration is tempered by a warning against over-confidence, while every dark cloud contains its own silver lining. Even our calendar echoes this duality, as our many joyous holidays are interspersed with no less than six fast days, reminding us that we are never too far from some ominous note – or some reason to rejoice.

Our latest, ongoing war has injected some measure of depression into our populace, as we worry where all this is going, and wonder aloud what the solution is to a seemingly insoluble predicament. Suicide is not an option. We have weathered every storm throughout our history and, with God’s help, we will successfully navigate this latest crisis as well and emerge to even greater glory.

Robin, fly upon your way, find shelter in some Heavenly nest. As the Talmud says, one who makes others smile and laugh is secured a place in the World to Come. And we, too, will seek our own shelter, nestled in the wings of the Almighty and in the strength and security of His people and His Land of Israel, whose greatest moments are yet to come.

Ethics of the Fathers (2:4) quotes Hillel who said:

“Do not judge another until  you have stood in his place.”

Since it is impossible to stand in another person’s place, to be them, to have their baggage or to live their struggles, we can never judge another. Instead, we should be kind, sensitive, supportive and understanding of everyone around us.

Ian Maclaren, a 19th century Scottish author and Theologian said it well: “Be kind, for everyone you meet is fighting a hard battle.” 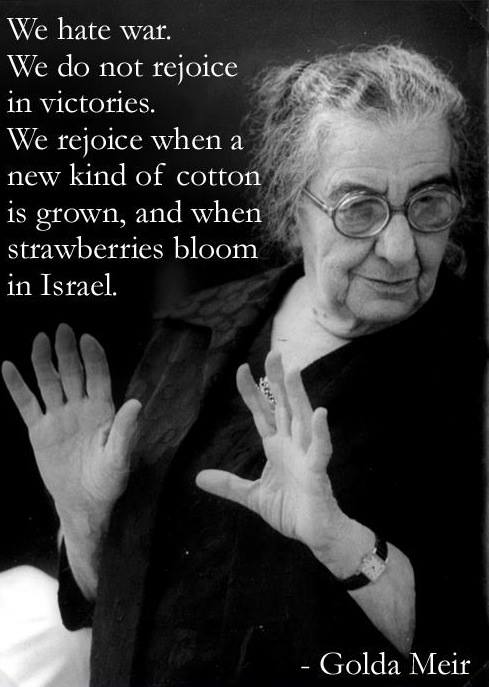 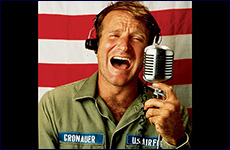 Robin Williams as Adrian Cronauer: [in control room] Good Morning, Vietnam!
In Saigon today, according to official sources, nothing actually happened. One thing that didn’t officially happen was a bomb didn’t officially explode at 1430 hours, unofficially destroying Jimmy Wah’s cafe. Three men were unofficially wounded, the fire department responded, which we believe to be unofficial at this present moment…

* A young Israeli was drafted into the IDF – Israel Defense Force. His father gave him advice: “Don’t rely on miracles my son. Recite a few verses of Tehillim (Psalms) before going into battle and you will be safe.” 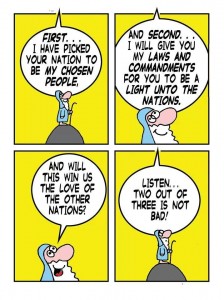 * Even Frank Sinatra got into the act, a few days into the war he quipped at a banquet in Hollywood , “Soon I’ll be going to Israel to see the pyramids.” 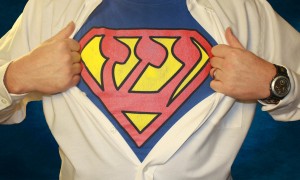 Historically, Jews have reserved their adulation and respect for the intellectual, the scholar, the teacher, the scientist, the humanitarian, but in the 1967 war the bravery and military genius of Ariel Sharon won him the acclaim of “Lion”  Ariyeh.

Moshe Dayan, the brilliant and charismatic Israeli Minister of Defense, was much in the news and an object of admiring humor. “Mighty Moe” once quipped, “The only revenge I will take on the captured Egyptian soldiers will be to make them eat the same food our boys have to eat.”

3 thoughts on “WAR – SHMOR! The Gaza War and death of Robin Williams”