THE QUEST FOR REDEMPTION

WHERE ARE WE NOW?

The First Stage of the Biblical Journey: Passover – Shavuot

When all was done, He formed a being in His likeness called Adam, man, from a lump of clay, adamah, and breathed life into it. From the side of this being, He created a living, perfect counterpart called Chava, Eve, woman. The two halves were designed to live in harmony and balance and to reflect His own Being – the Source of Life and Love. They were placed in the center of His beautiful Garden of Creation and given the joyful task of overseeing it together with Him. With the abilities and talents God had given them, the two were free to choose, to make decisions. All was very good. Then came a deception, a temptation, a fall and an expulsion from the Garden; a separation from the Presence of God. And all changed.

Ever since, man has been searching for the way back to the Garden; back to the wonder and fullness of the Presence of God. Just as we do, He longs for the reunion and the restitution of the glory and beauty of Creation as it was intended to be. The good news is that we humans are not alone on our search; we are not abandoned in this Continuing Quest. God has been guiding us along the path of this Redemption, century after century. Generation after generation, He calls and encourages and places signposts along the way to guide us in our search for what was lost; for that for which our spirits yearn. When we search for Him, we slowly realize that we already are found. He has faithfully been waiting while He gently wooed us out of the darkness of our understanding.

All of History is the story of His wooing. The cycles of His Word are the rhythm of His unfolding redemptive courtship of us, the blueprint of His plan of reconciliation. All we need do is to take hold of it with all our hearts and minds and strength, in love for Him, and to walk in its pleasant paths (Proverbs 3: 17,18).

At the set time, He sent His uniquely begotten Son to show us how to do this, and, in suffering the pain himself, to break the lies and bonds of sin and death. Then, the knowledge of God, the Father of all, spread to the four corners of the earth and the way was opened for all to return to the Source of His Life and Love.

This is the central story of the season we enter with  Pesach/Passover – the 49 days of the Omer – Shavuot/ Pentecost.

The eight day holiday of Passover / Pesach, celebrates the deliverance of the people of God, the Israelites, who were enslaved under the dominion of the rich and powerful Empire of Egypt. In a mighty display of God’s power, Pharaoh and his kingdom were crushed and God drew back to Himself the descendants of Abraham, Isaac and Jacob and those who had joined them. He founded a treasured people for Himself, an Am Segullah, who were to be a “light to the nations.”

We relive this Exodus and deliverance, and the sacrifice of the Paschal Lamb slain on our behalf, at the Seder meal on the first night of Passover. We then walk through the following 49 days, or seven weeks, shavuot, with intentionality in preparation for the Jubilee feast that crowns the redemption of the Exodus – the revelation at the time of Shavuot / Pentecost.

At Shavuot, God poured out the gifts of the revelation of His Presence, the sound of His voice, the speaking of His commandments – the Ten Words; words to live by in the illumination of His Torah. Into the world of suffering, idolatry and the treading down of the weak and helpless, came the teaching of love and morality, of kindness to the poor, the orphan, the widow and the stranger. God again offered us, in the establishing of His Kingdom and by the power and grace of His Spirit of Holiness, the means to become who He created us to be and to partner with Him in His world and to participate in His plan of Restoration. The gift of His Word, of new life and the opportunity to once again “walk and talk” in His  Presence are celebrated at Shavuot. 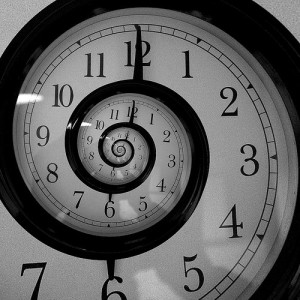 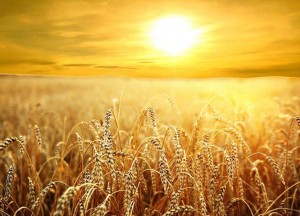 Each year we walk through this biblical Festival cycle and, if we have had eyes to see and hearts of awareness, we have made another spiral upwards and have gained deeper knowledge of and , as a result, are closer in relationship with, our awesome Father and wondrous Creator, the One God of the Universe. Through His Word of truth and commandments of love; through His forming of “a kingdom of priests and a holy nation” and in the light of His Messiah and King – our High Priest, “— who is at the right hand of God, who indeed is interceding for us” (Rom.8:34), He has laid out a clear path upon which to walk in order to enter and draw closer to His loving Presence once again.

6 thoughts on “THE QUEST FOR REDEMPTION – The Biblical Journey, Stage 1”