Hope of Isra’el, ADONAI! All who abandon you will be ashamed, those who leave you will be inscribed in the dust, because they have abandoned ADONAI, the source of living water.
Jeremiah 17:13 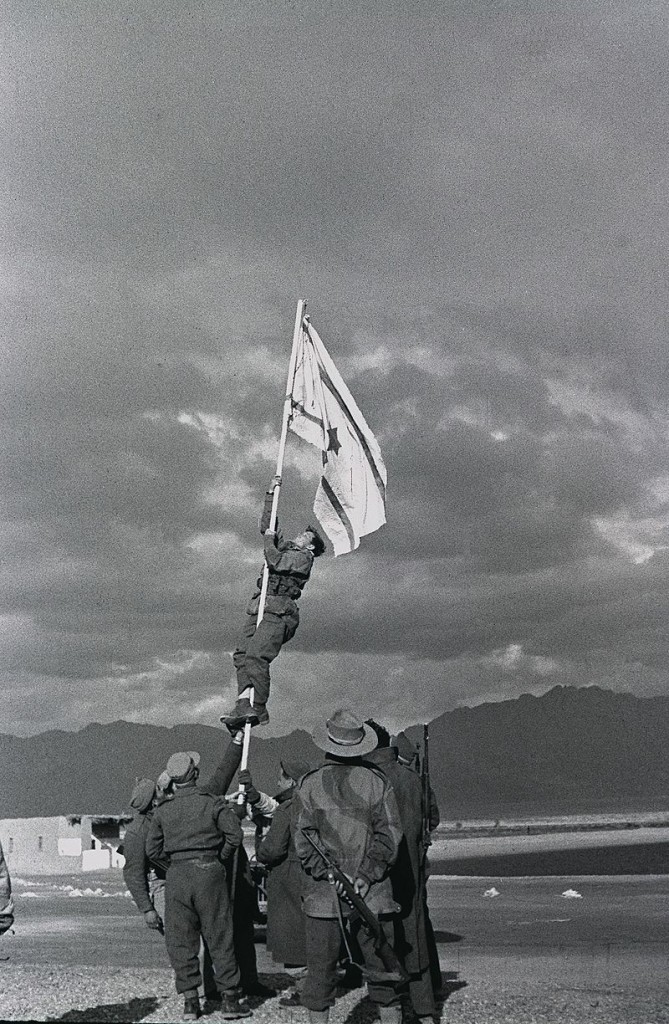 Avram Adan of Kfar Giladi is rasing a ink drawn flag during the 1948 Arab-Israeli War to mark the capture of Eilat.*

HaTikvah, The Hope, is the national anthem of Israel. Its lyrics are an adaptation of a the first stanza and refrain of Tikvateninu, Our Hope, a poem written in 1878 by Naftali Herz Imber, a Jewish poet from Zolochiv. You can download the full text of Imber’s nine stanza poem – Tikvateninu, Our Hope. 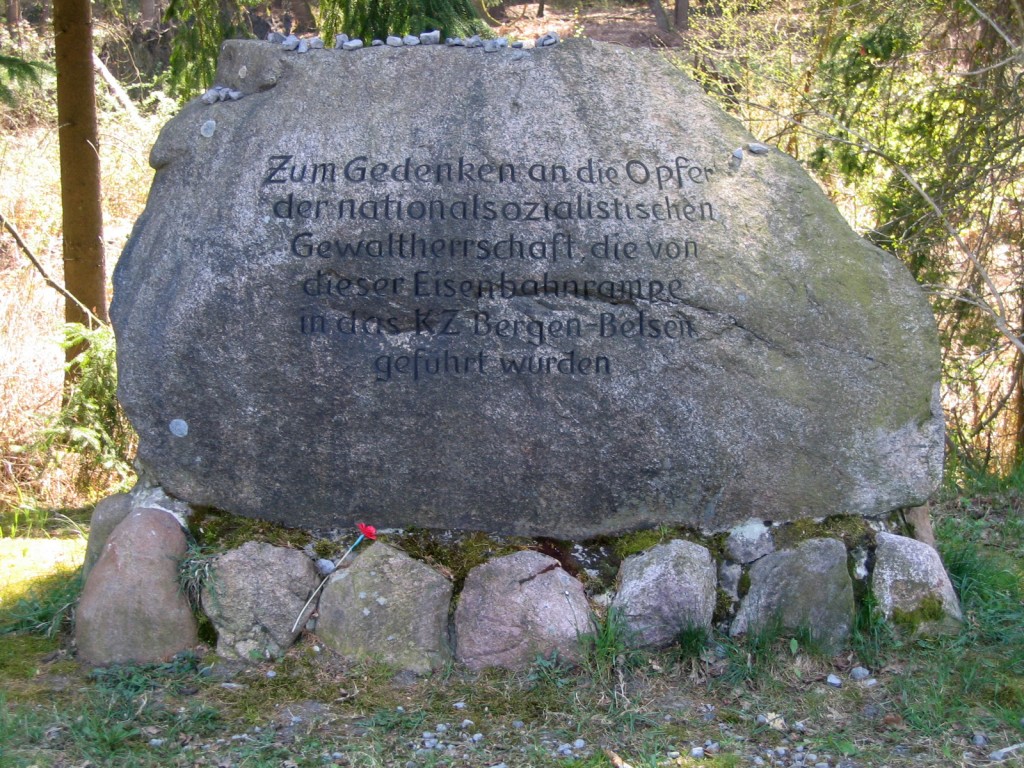 A memorial stone erected near the loading ramps at Bergen-Belsen concentration camp.***

HaTikvah served as a source of hope and inspiration even before becoming Israel’s national anthem. There are many reports of Jews singing HaTikvah at their darkest hours during the Shoah. The following report is from Filip Muller’s**** book, Eyewitness to Auschwitz: Three Years in the Gas Chambers:

“Suddenly a voice began to sing. Others joined in, and the sound swelled into a mighty choir. They sang first the Czechoslovak national anthem and then the Hebrew song ‘Hatikvah’. And all this time the SS men never stopped their brutal beatings. It was as if they regarded the singing as a last kind of protest which they were determined to stifle if they could. To be allowed to die together was the only comfort left to these people. Singing their national anthem they were saying a last farewell to their brief but flourishing past, a past which had enabled them to live for twenty years in a democratic state, a respected minority enjoying equal rights. And when they sang ‘Hatikvah’, now the national anthem of the state of Israel, they were glancing into the future, but it was a future which they would not be allowed to see.”

On April 20, 1945, just days after the liberation of Bergen-Belsen concentration camp, the survivors sang HaTikvah in an open air Shabbat service. You can listen to this moving BBC recording.

Listen to HaTikvah, sang by Yossi Azulay, posted below.
and / or
purchase via Amazon.com Epilog Hatikva

You can also purchase HaTikvah, or the Prayers, Vol 2 album, via iTunes

For those who have not had the opportunity to hear a recording of David Ben Gurion read the Israeli Declaration of Independence, May 14, 1948, you can step through a window of history and witness this miraculous event in the second video below.

The following day the 1948 Arab-Israeli war began and the reborn State of Israel was attacked from all sides by five Arab armies.

* Photo from Wikipedia
** There has been dispute about both the credit of who wrote the music to HaTikvah and the origin of the music itself.
*** Photo from Wikipedia – Translation of the German reads – In memory of the victims the National Socialist Tyranny of this rail ramp in the concentration camp of Bergen-Belsen were led
****Filip Muller was one of the few survivors of Auschwitz. He worked in the gassing installations and crematoria. His first hand account is considered one of the key documents of the Shoah.

2 thoughts on “HaTikvah – The Hope”