The Nazi regime showed the world the monstrous capacities within the human heart, realities about the human nature from which we are still recoiling in horror.
The men and women who defied them show us that love and honor, courage and compassion are real too. Most of them, like Hannah, were killed
but their spirit was never overcome.
Their love, their loyalty, their will to resist was neither destroyed nor diminished.
Their stories reach out to us and bear witness to the reality of goodness. They give us hope for our lives, the heart to struggle for one another’s sake, the will to leave our own good imprint on the world in which both the worst and the best are possible.* 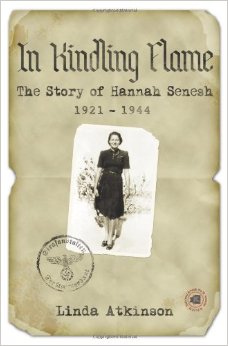 God – may there be no end
To sea, to sand,
Water’s splash,
Lightning’s flash,
The prayer of man.**

Linda Atkinson tells the story of Budapest born Hannah Senesh, a young woman whose short life and tragic death have inspired generations. Hannah’s story unfolds during the mid-1930’s and goes through WWII.

Hannah experiences anti-Semitism firsthand in high school and in her senior year her love for her homeland and understanding of its importance is ignited and she becomes a Zionist. From that point on Hannah purposely and determinately prepares for life in Israel, the only place she believed held a future for the Jewish people. After graduation Hannah made aliyah [which means ‘going up’ to Eretz Israel – the Land of Israel].

Hannah enrolled in the Nahalal Agricultural School. After a two year program she joined Kibbutz S’dot-Yam – the Fields of the Sea, a beautiful new kibbutz near the ruins of the ancient Roman port of Caesarea. As news of increased persecution of the Jews trickled in, Hannah longed to help the Jews of Hungary. When she heard of an opportunity to rescue Hungarian Jews, she volunteered for the mission.

We have shared more of Hannah’s story here at HIS-ISRAEL – Eli, Eli – My G-d, My G-d – Hannah Senesh

Don’t miss this powerful and absorbing story of a life whose brilliance continues to light the world. 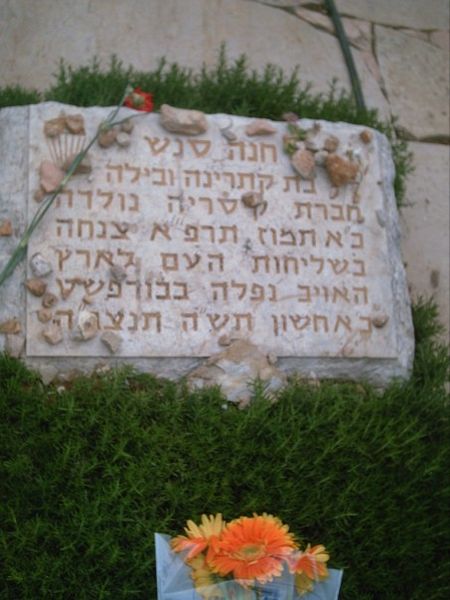 The grave of Hannah Senesh –
taken on the eve of Yom HaZikaron, Israel’s Memorial day at Har Herzl,
the National Military Cemetery.

There are people whose brilliance continues to light the world though they are no longer among the living.
These lights are particularly bright when the night is dark.
They light the way for humankind.** 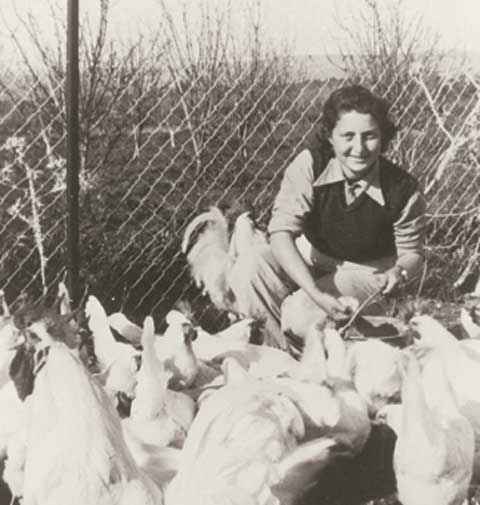 3 thoughts on “IN KINDLING FLAME – The Story of Hannah Senesh”