There are gates in heaven that cannot be opened except by melody and song.* 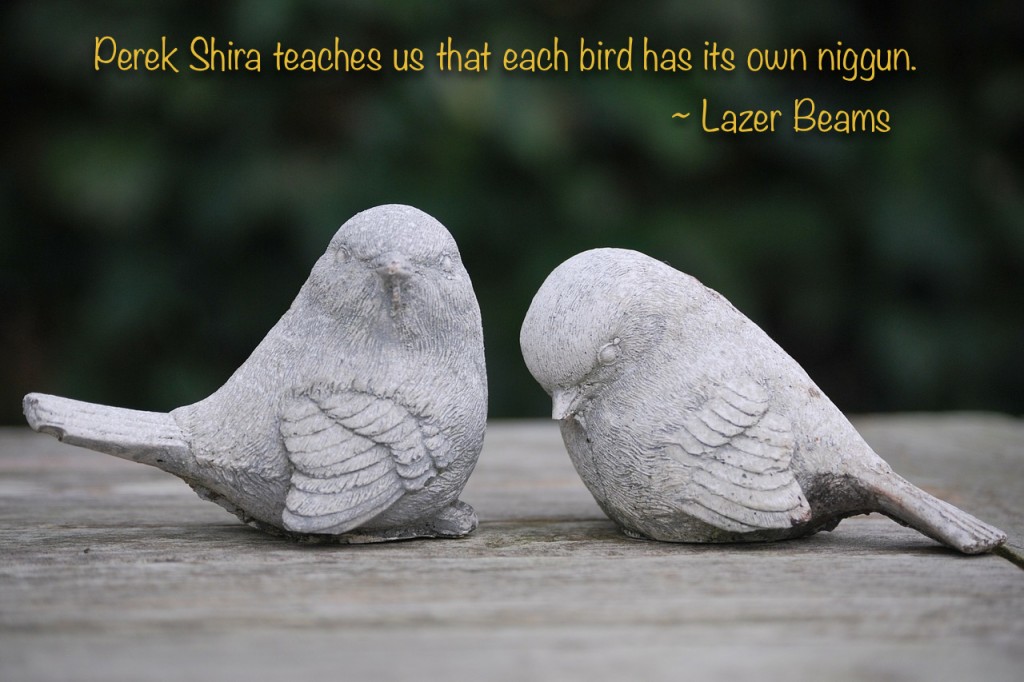 Some have defined a Niggun (nee-GOON) – or plural niggunim (nee-goo-NEEM) – as a wordless song, yet “…if a niggun is not sung, it is not a niggun. There may be a written melody which when actually sung out loud will permit a niggun to exist, but until sung, it does not exist as a niggun.”**

A niggun is considered a form of prayer and are an inspiration of the Hassidic Jews to whom nigguns “…were tools for elevating the spirit and “cleaving to God,” while words only got in the way.”***

Niggun of the Birds is a very special niggun sang by a gifted musician and prolific composer, Shlomo Katz. Shlomo Katz was born in the USA but grew up in Raanana, Israel. He was born into a family of musicians including his father, chazzan**** Avshalom Katz and his talented brother Eitan Katz.

Shlomo shared the following about Niggun of the Birds:

One night in Jerusalem, I wasn’t able to fall asleep. So what do you do if you can’t sleep? You walk down to the Kotel, the Holy Wall. (If you have enough strength)

It was dawn. Streets were silent, other than the birds chirping away. I was sure I heard them starting to sing this melody.

I can’t ever forget that moment.

Listen below to this beautiful niggun, inspired by the birds of Jerusalem. Sing along in harmony with your own heart’s song.

Though Niggun of the Birds is not available for purchase you can find both Shlomo Katz and Eitan Katz’s inspiring albums at either iTunes or Amazon.com. 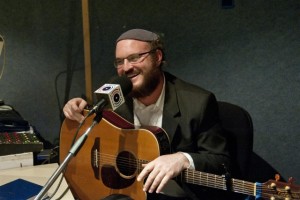 * Attributed to Rabbi Shneur Zalman of Liady (1745-1812) – one of the most famous composers of niggunim. He is also known for saying,

8 thoughts on “Niggun of the Birds – Shlomo Katz”