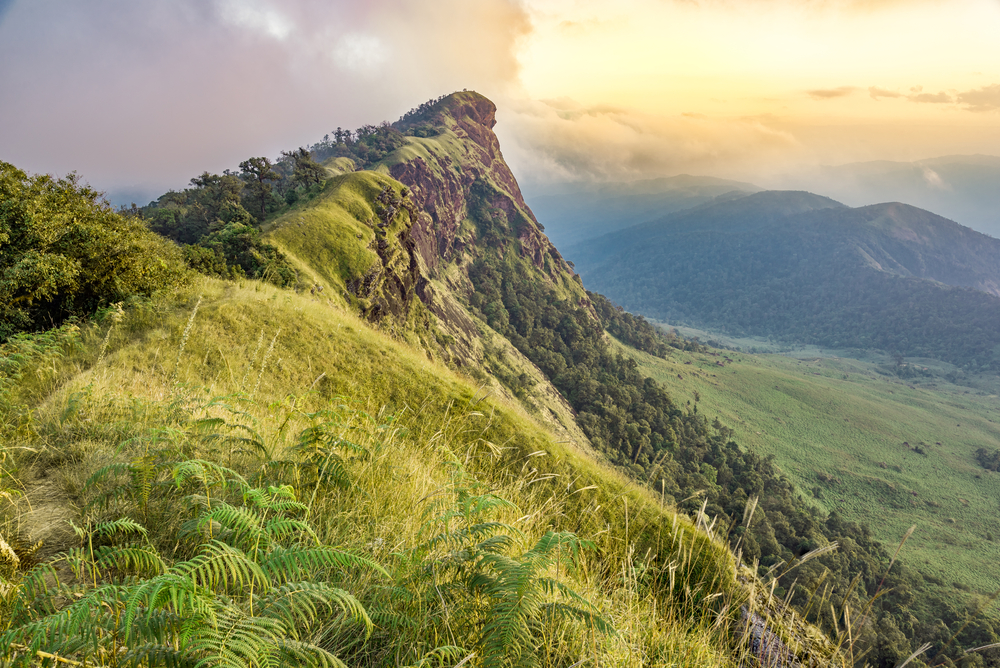 Enjoy an overview of the amazing final book of the Torah – Deuteronomy / Devarim – Words.

Deuteronomy is the fifth and final book of the Torah. It is a compilation of the last discourses given by Moses to the nation of Israel before his death, when they had reached the border of the Land of Israel.  The original Hebrew name of the book was Mishnei Torah, or Repetition of the Torah. Greek speaking Jews, in the Septuagint, translated it as Deuteronomian (literally meaning The Second Law), which then was adopted in Latin as Deuteronomium and into English as Deuteronomy.

Later, the Hebrew name of a book, or Torah portion, was taken from words in the opening sentence of the book or parashah. In this case, the book begins, “Eleh ha’devarim”… These are the words.”

Moses’ first discourse summarizes the history of the nation during their 40 year journey through the wilderness on the way from Egypt to the Land G-d had promised their forefathers Abraham, Isaac, and Jacob. In the following two discourses, Moses predominantly presents the Israelites with guidance and instructions on how to live as the people of G-d after they were settled in the Land. Moshe knew, both rationally and through his wisdom and experience,  the many physical, cultural, and spiritual challenges the Israelites would be faced with while dwelling among the surrounding pagan nations. He also knew, prophetically, that they would be drawn into idolatry and fall away from God and His ways.

We can appreciate Moshe’s wisdom as a teacher. Repetition and revision are important tools in helping us to retain what we have learned. He also emphasizes the fact that the great, multi-dimensional truths of G-d’s Word constantly need to be learned anew, and that they always would yield deeper and richer insights. On closer inspection, while it is very practical and instructional for the daily life of the nation, we find that Devarim is the most prophetic of the 5 books of Torah. Much of Moses’ discourse is a distillation and a review of the previous teachings but 70% is new, because it applies to their future in the Land and highlights the bond between the people and the Land.  Interestingly, Devarim is the book most quoted by Yeshua.

“First mention” is an important element in exegesis of the biblical text. The first subject Moses reviews is the appointment of judges. He explains the importance of instituting a legal system and the role of judges. He tells them, “And I commanded your judges at that time saying, ‘Hear disputes between your brothers and judge justly between a man and his brother…’ (1:16). The literal meaning of the word ‘justly’ is to make sure that the judgment is fair and honest.

In an article in the Jerusalem Post, entitled Compassion and Justice, Rabbi Shmuel Rabinowitz, Rabbi of the Western Wall and holy sites in Jerusalem, points out an added interpretation of the word is “by compromise.” This added nuance is significant. It reveals that the judges should not base their decisions on absolute strict justice – the letter of the law set in stone, as it were. They should temper the argument, the case being presented, with rachamim – mercy, and attempt to encourage the litigants on both sides to give in a little – to soften their hearts and to compromise their demands.

Interestingly, particularly in the light of Tisha B’Av (9th Av), which is the fast day marking the destruction of the First and Second Holy Temples in Jerusalem, the Sages in the Talmud say that: “Jerusalem was destroyed because people there insisted on their rights based on the full letter of the law, and were not willing to be lenient.” (Tractate Baba Metzria, daf 30). Rabbi Rabinowitz highlights the fact that a person should rise above the natural position of demanding what he thinks he deserves. One’s attitude should be softer, more inclusive and compassionate. This trait of mercy is woven through the Word of G-d, because this is the correct way to live – the way that reflects our Father’s character and heart.  Justice is balanced with mercy. Thus we find the great themes of Devarim, just as through the whole Word of G-d, are justice, righteousness, and mercy. This is highlighted in the first haftarah (prophetic portion ) of Devarim. Isaiah 1:27, “Zion shall be redeemed through justice and her penitent through righteousness.”

Moses, at the time of  this delivery of his final series of teachings, was 120 years old. It took 36 days (from 1 Shevat to 6 Adar, the day of his death). The teachings and iteration of the Covenants G-d had made with His people fill the bulk of the book – chapters 1 – 30. The remainder of the book, chapters 31 -33, describe the last days of Moses, and his farewell address to the children of Israel. We are told that Moses’ “eyes were not dim” and his natural natural strength was unabated., but he says, “I am no longer able to go out and to come in” ( 31:32). He could no longer accompany them on their journey and enter the Land of Promise with them; but he encourages them and says; “Be strong and courageous. Do not fear nor be in dread of them, for it is the Lord your G-d who goes with you. He will not leave you nor forsake you!” (31:6).

We hear a beautiful echo of this in the gospel of John (14:7) when Yeshua was addressing his disciples before going to his death, “Peace I leave with you; my peace I give to you. … Let not your hearts be troubled, neither let them be afraid.” He was preparing them to go out into the gentile, pagan world to share his message of the Kingdom of G-d and the way of repentance and into relationship with the Father of all. He also adds, “I will never leave you nor forsake you but will be with you until the end of the age!”

Finally, in Devarim , the Lord exhorts Moses to write his farewell song and to teach it to the children of Israel. The song would be a testimony to the everlasting Presence and goodness of G-d and, when they went astray, it would remind them of His merciful gift of teshuvah – repentance, . They would always have the opportunity to repent of their ways and to return to their Father,  the G-d of Israel. In the penultimate parashah, Ha’azinu – Give Ear, (Ch. 32), Moses delivers his song to the Israelites on the last day of his life. It is an inspired poem of stirring beauty. His prophetic words describe the future destiny of G-d’s people. We realize that all history is the revelation and expression of our Father G-d’s love and care. The song opens with the appointment of heaven and earth as witnesses and guarantees of G-d’s everlasting covenant with Israel. “Give ear –ha’azinu, O heavens, and I will speak, and let the earth hear – tish’mah the word of my mouth.”

Next comes a glorious outburst of praise, describing the true character of G-d and His justice, faithfulness and pure righteousness.

“Ascribe greatness to our G-d the Rock; His work is perfect for all His ways are just. A   G-d of faithfulness, without iniquity; righteous and upright is He.” (32:3-4).

Sadly, the song also proclaims that the people would grow “fat and prosperous” and forsake and even scoff at G-d. They would become spiritually bent and corrupt and forsake the righteous ways of His Word. G-d, however, would remain faithful and the unchanging Rock of their Salvation. If they will return to Him in true repentance, He will always be there to lift them up and to straighten their crooked ways.  This truth of G-d’s unfailing love for His people is echoed by the prophet Hosea (14:1-2): “Return, O Israel, unto the Lord your G-d, for you have been stubborn because of your iniquity. Take with you WORDS (DEVARIM) and return to the Lord.”

Hosea points out that G-d does not want animal sacrifices, but longs to hear words of confession and repentance offered from sincere hearts. The prophet emphasizes the unbreakable 3-cord strand, the indelible connection, between the G-d of Israel and His Word, the children of Israel, and the land of Israel. Hosea confirms that when they turn from the idolatry of the work of their hands, the Lord promises to heal and restore the children of Israel. Then they will flourish in His love, and their Land will be healed. Once again it will produce grain and “blossom as the vine”. And Israel will become convinced that : “The ways of the Lord are right, and the upright walk in them.” (14:9)

After the song, the Torah concludes in Ch. 33 with Moses’ blessing – in the final parashah Ve’zot Ha’bracha, which begins, “And this is the blessing with which Moses, the man of  G-d, blessed the people of Israel before his death.” Moses is about to set out on his final ascent. He goes alone to meet with his G-d, just as he did on Mount Sinai. He passes through the camp as a father taking leave of his children, and he blesses the various tribes. Finally, he raise his hands over the whole multitude for his last general blessing, one of great beauty, encouragement, and comfort.

“There is none like G-d, O Israel, Who reads through the heavens to your help. The eternal G-d is your dwelling place, and underneath are the everlasting arms.”

As we conclude the Torah Cycle with the Festival of Simchat Torah, “The Joy of Torah,” we can celebrate Messiah Yeshua’s life as the Torah made flesh. The one who fulfilled all the just requirements of the Torah and was obedient to the Father’s will even unto the cursed death on a tree, so that all peoples of all the nations, through his, could have access to eternal and abundant life as children of the Father in the Kingdom of G-d. In his letter to believers in Rome, the apostle Paul highlights the mission of Yeshua to the world. In Romans 15:8-10, he describes how, Yeshua came as a suffering servant to Israel, those already in the covenant of Abraham, Isaac, and Jacob: “To show G-d’s truthfulness, in order to confirm the promises given to the patriarchs, AND in order that the gentiles might glorify G-d for His mercy.

As it is written: ‘Therefore I will praise You among the gentiles, and sing to Your Name.’ And again as it is said, ‘Rejoice, O gentiles, together with His people!” Amen!

At the close of every book of Torah we proclaim:

Be strong, be strong, and let us strengthen one another!

If you would like to  explore more in-depth commentary of Deuteronomy/Devarim,  you can order a copy of  A TASTE OF TORAH   at http://www.ffoz.org