During the past decade we recall the appearance of a sequence of ‘blood ‘or red moons that  appeared at key Biblical Feast times during 2014 and 2015. These “signs in the heavens”occurred along with significant other fulfillments of Matthew chapter 23.
Now, with the world being affected by the pandemic of CoVid 19 and all the confusion, change, and chaos that goes along with it, the question again being asked is, “Are we indeed in the End Days?”  If so, and even if not, we need to ask ourselves, “Am I prepared for Messiah’s arrival as the King of kings?” 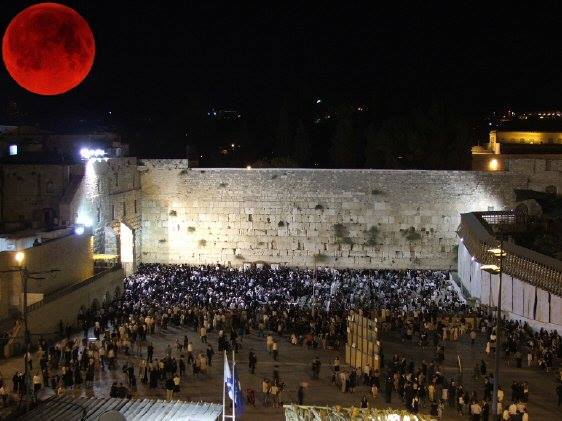 The fact that the first “blood” moon appeared at the season of the sacrifice of the lambs in Egypt, the lambs at the Temple, and the Paschal Lamb certainly gave us pause for thought.

As my late husband Dwight (z”l, obm) expressed in his teaching on the theme of Redemption:

“From the time of the Church Fathers to today’s televangelists a ‘Scarlet Thread of Redemption’ has been touted as the main storyline of biblical revelation, weaving itself through the tapestry of Scripture in diverse images and incidents: from the blood shed to cover the nakedness of Adam and Eve in the Garden, to the blood applied to the doorposts of Israelite homes in Egypt, to Rahab’s scarlet thread in Jericho signalling Joshua’s men, to the blood shed at Temple sacrifices for the sins of Israel. “

All these, it is said [in Christian tradition], are precursors to the real story of the Bible, namely, Jesus and his blood shed at Calvary for the redemption not alone of Israel but of the whole world.

As marvellous and indisputably central to God’s purposes in the earth as is the story of redemption, I would suggest nonetheless that another theme surpasses the ‘Scarlet Thread of Redemption’ as the overarching meta-narrative and unifying motif of the biblical story. We might call it the ‘Golden Thread of the Kingdom.’” 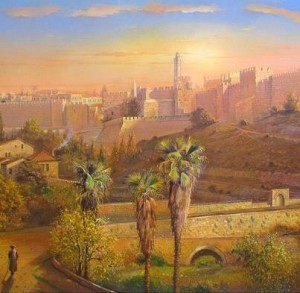 Gold, generally, is the color and metal associated with kingship; with royalty. We see one example of this in the wondrous 60th chapter of the prophet Isaiah, prophesying the Redemption of Israel, where he says, in regard to Jerusalem, “… they shall call you the City of the Lord, the Zion of the Holy One of Israel.” He continues, ”…and for brass I will give you gold.”  We are seeing the awesome beginnings of the fulfilment of Isaiah’s words in our own days, and await with great anticipation the further fulfilment when,

“Your people shall all be righteous;  they shall possess the Land forever, the branch of my planting, the work of my hands, that I might be glorified.” “I am the Lord;  in its time I will hasten it.”

The ‘Golden Thread’ referred to is thus the Kingdom or the Kingship of the One God of Israel. Going back again to the beginning in the Garden; God, the Creator of all, shared rulership over the earth with Adam and Eve. They forfeited that honor when they disobeyed the rules of the Master Gardener and chose to decide for themselves what was right or wrong. Self and independence triumphed over the will of their Father, God. Ever since, through all the centuries of man’s history, and in each individual journey of life, the goal has been to overcome this selfish lust for power and drive for dominion-on my-own-terms and to yoke one’s will to the will of the God of Abraham, Isaac and Jacob; to humble ourselves in service to His gracious Sovereignty.

In another mighty in-breaking of history, God sent His beloved Son as His anointed Messiah to restore His Kingdom to its rightful place in the world and to free those enslaved to sin and bound in the kingdom of darkness and idolatry. In his preaching, teaching, parables and deeds, Yeshua continually and insistently emphasized the reality of the Kingdom of God and the life-giving power of repentance and obedience to the will of our Father. After his submission to suffering and crucifixion, followed by God’s raising him from death to new resurrection life, he now is seated at the right hand of the Father’s throne in heaven and has been given all authority and power to reign over His Kingdom. As Paul so eloquently wrote, we can pray:

“May the God of our Lord and Messiah Jesus, the Father of glory, give you the Spirit of wisdom and of revelation in the knowledge of Him, having the eyes of your hearts enlightened, that you may know what is the hope to which He has called you,

what are the riches of his glorious inheritance in the saints, and what is the immeasurable greatness of His power toward us who believe, according to the working of His great might that He worked in Messiah when He raised him from the dead and seated him at His right hand in the heavenly places,

far above all rule and authority and power and dominion, and above every name that is named, not only in this age but also in the one to come.”
(Ephesians 1:17-20) 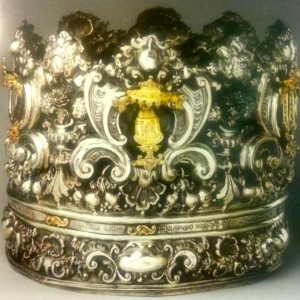 His Kingdom is here and now and also will be established in its fullness on this earth. As Dwight reminded,

“The Kingdom of God will occur in Zion, not in heaven. Yes, there will be a ‘new heaven and earth,’ but a renewed Jerusalem will still be at its center and the Jewish nation still central to the purposes of the Creator.”

We need not be surprised, then, at the rise of vicious Anti-Semitism once again and the violent and persistent opposition to the establishment and prospering of the Jewish State of Israel. All the selfish drive of fallen and idolatrous human nature rises up against God’s Land and People. But,  let us remember the fact that at the heart of God’s plan for Redemption is the Golden cord of the reign of the Kingdom of God that encircles our lives with emet and kedusha – the powerful light of truth and radiant glow of holiness.

That is where our focus should be, where our hearts should be centered, as we await the arrival of Messiah as King, and anticipate His glorious reign over all the earth. Eventually, we understand that “…at the Last Day when death is no more, then the Son will hand the Kingdom back to the Father, that God may be all in all” (1 Corinthians 15:24, 28). Until then we can be working with Him zealously in the redemptive process of tikkun olam – the restoration and redemption of Israel and the nations of the world.

3 thoughts on “In a Chaotic World are we Prepared for Redemption?”