LOVING EVERY CHILD – by Janusz Korczak 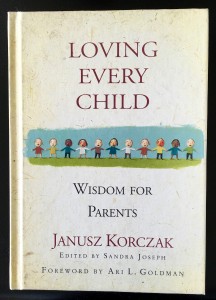 With the unspeakable horrors being perpetrated against children by radical Islam and other factions worldwide, this little book is balm to the soul. But, who is this man, Korzcak? 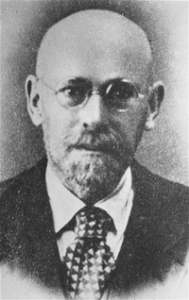 JANUSZ KORCZAK (a Polish Jew, born  Henryk Goldszmit, Warsaw, 1878) was an author, doctor, and educator.  He established orphanages in Warsaw, one of which he directed himself. There, he lived in the attic, worked with the children and helped care for them.

In 1934 he visited Israel and stayed for six weeks on Kibbutz Ein Harod, built near Gideon’s spring in the Jezreel Valley. The same beautiful kibbutz, incidentally, where I had the pleasure of studying Hebrew and working with the children for two years. Korzcak was so impressed with both the Land and the education of children on the kibbutz that he planned to open an orphanage in the Upper Galilee. However, in 1939 the Germans invaded Poland and his dream ended. He was ordered by the Nazis to relocate his orphanage to the Warsaw Ghetto. There, surrounded by the desperate hunger and disease, he made regular rounds begging for the food necessary to feed his 200 children. He attempted to retain a sense of normalcy in the orphanage by maintaining the regular routine and with continued studies and games.

Although many influential friends offered him a way to leave and to save himself, Korzcak refused. He remained with the children until the end when, in 1942, he accompanied them in dignified order, each child carrying one favorite toy or book, onto the cattle train that transported them to the gas chambers of Treblinka. The march of death they undertook from the orphanage to the train, on an unbearably hot August 5, is legendary in Warsaw. Although weakened by malnutrition, Korzcak, holding the hands of a child at each side, marched with head held high and dignified contempt for the perpetrators in his gaze. The children, in rows of four, followed quietly behind. One held aloft the flag Korzcak had designed for the orphanage: one side carrying white blossoms on a green background and the other, on a pure white background, the blue Star of David.

Well known Polish journalist, Marek Jaworski, wrote: “The bodies of Janusz Korczak and his children were burned. All that is left of them is a handful of ashes and clouds of smoke, which the wind has scattered to the four corners of the earth. However, with this smoke Korczak’s ideas circulate around the world – ideas which nothing can destroy or consign to oblivion now.”

Korczak always stressed the importance of respecting and listening to children and that adults beware of overusing their power. Excerpts from his writings are presented in this little book. One gem…

Children are not the people of tomorrow, but are people of today. They have a right to be taken seriously, and to be treated with tenderness and respect. They should be allowed to grow into whoever they are meant to be – the unknown person inside each of them is our hope for the future.

And a few more…

“The child is honest. When he does not answer, he answers. For he does not want to lie and he cannot say the truth. Sometimes, silence is the highest expression of honesty.”

“There are many terrible things in this world, but the worst is when a child is afraid of his father, mother, or teacher. He fears them, instead of loving and trusting them. If a child trusts you with his secret, be grateful. For his confidence is the highest prize.”

“Because a child cannot be idle, she will poke into every corner, inspect every nook and cranny, find things and ask questions about them; everything seems interesting to her, the moving dot which turns out to be an ant, the glittering glass bead, or an expression which she overheard. Think how much we are like children when we find ourselves in a strange town or unusual surroundings.”

I am deeply grateful that Korczak echoes a bedrock belief in Jewish, and Israeli, and Bible-believing families. Why? Because this is the key difference between us and the enemies who fill their children with hate and death. We must have faith and hope but the greatest strength is love.

Love for the child, including the child still learning and growing in one another, truly is our hope for the future.

Pics: Photograph circa 1930 and memorial at Yad VaShem in Jerusalem. Credit: Wikipedia