A much appreciated article by friend and colleague David Nekrutman, Executive Director of CJCUC, printed in the Jerusalem Post Christian Edition, to which Dwight regularly had contributed articles over the years. 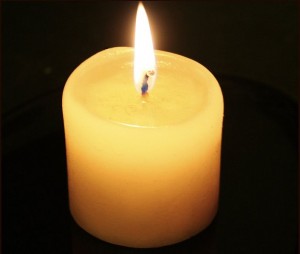 A Kaddish for Dwight

On February 5th, 2011, the world lost a true biblical giant and one of the premier leaders in Jewish-Christian relations, Dr. Dwight A. Pryor. I owe much to Dwight for he has helped me in my sacred calling in Jewish-Christian relations for the last ten years. His writings, sermons and messages have given me a deeper understanding on a growing movement within Christianity, those wishing to learn more about the Hebraic foundations of the Bible.

During his last year on earth I had the distinct honor to develop a personal fellowship with him when he joined The Center for Jewish-Christian Understanding & Cooperation’s Jewish-Evangelical Colloquium.  I will sorely miss him and look forward to the day when we will meet each other in the World to Come.

In Judaism, when someone passes away, the rabbinic custom is to say a prayer known as Kaddish. However, if one would examine the prayer in its entirety, there is no mention of death. Why create a custom of saying a prayer without relating it to mourning?

Glorified and sanctified be God’s great name throughout the world which He has created according to His will.
May He establish His kingdom in your lifetime and during your days, and within the life of the entire House of Israel, speedily and soon; and say, Amen.
May His great name be blessed forever and to all eternity. Blessed and praised, glorified and exalted, extolled and honored, adored and lauded be the name of the Holy One, blessed be He, beyond all the blessings and hymns, praises and consolations that are ever spoken in the world; and say, Amen.
May there be abundant peace from heaven, and life, for us and for all Israel; and say, Amen.
He who creates peace in His celestial heights, may He create peace for us and for all Israel; and say, Amen.

The Kaddish is the doxology of our hope that God’s great name will be sanctified in the whole world. The central phrase of Kaddish is “May His great Name be praised forever and ever and ever.” The biblical verses that come closest to this Aramaic line are Deuteronomy 32:3, Psalms 113:2 & Daniel 2:20. The Talmud says the custom of reciting “may His great name…” was after the teachers preached God’s word in public every Shabbat. The Kaddish affirms that life begins and ends with God and all of it is a gift as the book of Job says (1:21),”The Lord gave, and the Lord hath taken away; blessed be the name of the Lord.”

There are certain deaths that it is hard to reconcile with God such as the sudden death of a loved one or the passing of a child. Reciting the mourner’s Kaddish allows us the time to make some kind of peace with the judgment of God even if we don’t fully understand it. The Talmud records Elijah the prophet telling Rabbi Yose that when the Jewish people enter synagogues and study halls and proclaim, “May His great name…,” God nods His head and says, “How fortunate is the King Whom they praise in His house like that!  Woe to the Father Who exiled His children, and woe to the children who have been exiled from their Father’s table!”

Notice that when God mentions exile He is known as father and not king. It is only when the Jewish commonwealth is established again in its entirety that God will once again be known as King. Once recited only after learning God’s word, Kaddish since has been integrated into daily Jewish life. It is a yearning of the world-accepting God, and our messianic hope, that His kingdom and peace will eventually reign.

Dwight understood that 1948 marked a significant moment in sacred history and a Christian could no longer hold the view of Replacement Theology. God’s covenantal promises are eternal and for one to truly understand the Bible a Hebraic foundation is essential. I declare May His great name be blessed forever and to all eternity for having created a Dwight in my lifetime and paving the way for Jews and Christians to talk to one another instead of at each other.

May we all say a Kaddish for Dwight! Amen!