You came to us when we needed you most, during those hard and uncertain days of our 1948 War of Independence. You gave us not only your experience, but your lives as well. The People of Israel and the State of Israel will never forget, and will always cherish this unique contribution made by you – the volunteers of Machal.
– Yitzchak Rabin 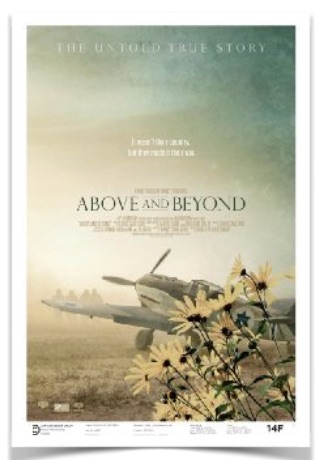 In May of 1948 the nascent State of Israel found itself fighting an onslaught of well equipped armies and air-based forces from 5 Arab States. The Arabs vowed to finish the job that Hitler had started.

At that time volunteers – individuals from other nations known as the Machal (mitnadvei chutz l’Aretz – meaning “volunteers from overseas or out of the Land”) joined Israel in their fight for survival.

Above and Beyond tells the amazing story of a group of these machal – specifically, those who formed the first IAF – Israel Air Force – a unit forged in the heat of battle. 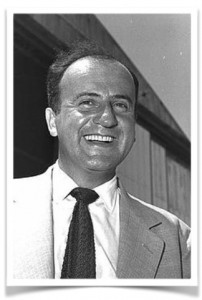 Al Schwimmer * – known as the father of the Israeli Air Force –  was a Jewish American WWII vet. He defied the unlicensed arms trade provision of 1939 Neutrality Act by smuggling cast off aircraft to Israel. He called a few of his buddies, who rallied around, and these friends became the first IAF volunteers. 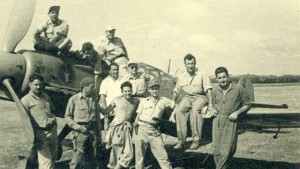 “We kept them together with wire and spit and prayer. Every time we flew, we had some kind of a problem.” – Harold Livingston

Of the 33 IAF fliers killed or missing during the War of Independence, 19 were Machal.***

In Above and Beyond you will meet these heroic men through interviews and archived material.

An outstanding documentary with remarkable footage that brings to life the bravery and sacrifice of these volunteers and the difference they made to the reborn State of Israel.

Totally engrossing, deeply moving, incredibly inspiring, the best of the best of documentaries I have seen in a long while. A real David versus Goliath story, to which one can only respond:

Am Yisrael Chai!
The Nation of Israel Lives! Praise be to God!

Watch the movie trailer below.

One thought on “ABOVE AND BEYOND”