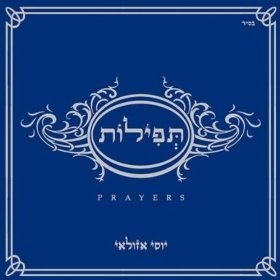 Avinu Malkeinu is a beautiful and moving prayer recited during the High Holy days (Rosh Hashanah through Yom Kippur) and certain fast days throughout the Biblical Cycle. It reminds us of the searing reality that G-d is both our Father – intimate and close, and our King – sovereign in all time and all space. He is the One whom we both embrace in love and before whom we stand in awe.

Though it may seem as if Father and King stand in juxtaposition, we are reminded in the final passage from Un’taneh Tokef – a piyut (a poem) that has been a part of the Rosh Hashanah and Yom Kippur services for centuries – that:

…ush’meinu karate vishmekha – “You named us after You,” or “You have linked our name with you own.” We are small, but never untethered from the One whose presence fills the earth. We are a seed-speck upon the moon, but never insignificant. Ush’meinu karate vishmekha – somehow, our name echoes within the name of G-d – subject and sovereign, sovereign and subject – all in the call of a single breath.*

Avinu Malkeinu was said to have it’s roots during the time of Rabbi Akiva (second century CE). There was a time of drought and Rabbi Eliezer approached G-d in prayer but nothing happened. Rabbi Akiva than prayed, ” Avinu Malkeinu – Our Father, our King, we have no King but You! Our Father, our King, have mercy on us for Your sake!” And the rain fell.

Rabbi Dennis C. Sasso, tells us that “Avinu Malkeinu reminds us that the purpose of prayer is not just to find refuge and solace, but to arouse us to protest moral and social injustice, to rally against complacencies and idolatries, to consider what we stand for and to whom we are accountable.”

You can listen to Avinu Malkeinu, sang by Yossi Azulay posted below.

* Rabbi David Stern, The Challenge of Naming a King, as sited in Naming God: Avinu Malkeinu – Our Father, Our King by Rabbi Lawrence A. Hoffman, PhD