QUOTE: Eat to gain strength to serve HaShem physically and to grow spiritually.

CREATIVE EXPRESSION: Find ways to illustrate and express in your journal the theme and what you are learning and experiencing this month.

Psalm 137 is a song of captivity and exile. Sometimes, on our journey through life, situations occur and things happen for which we have no ready explanation and they leave us filled with grief. In such times of darkness we can only weep. Our spirit feels crushed and we cannot imagine being able to raise our voice in song; not even one to the Lord of our lives. We simply hang our harp of song on a branch of a weeping willow. We find ourselves on “alien soil,” far from “Jerusalem” – the place of the beauty and fragrance of His Presence, which is our highest joy.

Suddenly, even as we remember Jerusalem and His Holy Sanctuary, something in our soul shifts. We recall the eternal home of our God-breathed spirit – His Eternal Dwelling Place, where He promised to place His Name forever. A popular saying goes: “Wherever I stand, I stand with Jerusalem.” Such is the cry of the heart of those in whose hearts there is a Highway to Zion – the palace of the King of kings.

At this remembrance, we find that our hearts and mouths can fill with song. We can sing songs of gratitude, of praise, of wonder. We can celebrate the wonder of life in His Kingdom; the truth and promise of His Word. We can breathe deep and rest in His unfailing love, secure in the knowledge that His is the vengeance and the eternal glory. 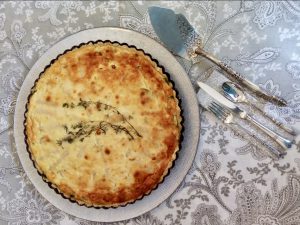 EATING AND THE DIGESTIVE SYSTEM

The first transgression of man, as recorded in Genesis, was connected with eating. Since then, it has been recognised that the three primary weaknesses or failings of mankind are the lusts after wealth, sexual pleasure, and food. The lust for wealth is a driving force from which it is very difficult to break free.
Sexual lust, that manifests in various forms, also is a constant challenge that plagues many. Yet, Rebbe Nachman calls gluttony “the paramount lust!” Why? He points out that food is a constant essential that provides man with physical strength and, therefore, enables him to pursue all his other desires – which could either be for good or evil. Food is always before us as a temptation. In the abundance of food available today, medical scientists record that more people are dying from the effects of over-eating than from famine.

Eating, of course, is a natural need, second only to that of breathing. On the one hand, for optimal survival, humans need only a simple, well balanced diet. The body’s need to eat, to digest, and to eliminate waste begins at birth and continues until death. Interestingly, babies instinctively know when they have received the nourishment they need and, therefore, when to stop eating. Apart from our basic need for food, on the other hand, the Word of God also makes it clear that we are expected to enjoy and derive pleasure from food. Special meals, such as our weekly Shabbat tables and Festive meals, are an integral part of our heritage. However, we need constantly to  be aware, that there is a difference between maintaining a healthy balance in our enjoyment of food and lusting for excesses. Avinu, our Father, defines, and provides us with all that is permissible and beneficial for man to eat and we, then, are able to thank and praise Him for His provision and His wonderful edible creations.

Next, a look at the digestive system: Ancient as well as modern medicine recognizes the vital importance of the digestive system in the healthy growth and physical well-being of a person. In addition, the health and fitness of our physical body has a powerful effect both on our mental capacity and on our spiritual well-being. Obviously, our spirits don’t need physical food; we feed them with the ‘bread’ of the Word of God. However, while they are housed in these physical bodies, there should be a harmonious relationship of well-being between the body and spirit.

How does the digestive system work? Based on Chaim Kramer’s explanation:
When we eat, the food descends to the stomach, where acids and enzymes break it down into smaller particles. The digestive tract processes the particles into nutrients, which then are transported to the blood stream. The blood flows to the heart, where it is further enriched with oxygen from the lungs. It is then pumped throughout the system, bringing nourishment to the body. Whatever is not needed is rejected and eliminated from the body as waste. The whole process and the ability of the body to know exactly what to absorb and what to reject is truly one of God’s most awesome wonders.

The organs of the body associated with eating are the mouth, the neck or throat, and the stomach, intestines, and colon. We will take a closer look at the neck/throat and the stomach. The neck is a narrow part of the body. In Hebrew the throat is called Meitzar ha’garon, which literally translates as “the narrow of the neck.” We know that the stories of the Bible carry meaning for every generation, including this one. Rebbe Nachman taught that the land of Egypt – Mitzraim, has the same Hebrew root as Meitzar ha’garon. And, Pharaoh, the Egyptian ruler who represents the forces of evil, has the same root letters, in reverse, as Oreph, which is the nape or back of the neck in Hebrew.

The three life-sustaining vessels that pass through the throat are:

We can notice that the tube for food is located closer to Pharaoh – the back of the neck! If we give in to the wiles of an evil master through improper eating habits not pleasing to our true and good Master, then we become as slaves in Egypt.

Regarding the stomach, Proverbs 13:25 tells us: “The belly of the wicked always feels empty.” Rebbe Nachman taught: “This refers to those who are never satisfied and always crave more.”  He adds:  “Peace and prosperity go hand in hand, while hunger bodes strife and war. Therefore a craving for food is a sign that one has enemies. By breaking one’s craving for food, one can gain peace with one’s enemies.” (Likutey Moharan 1,39) 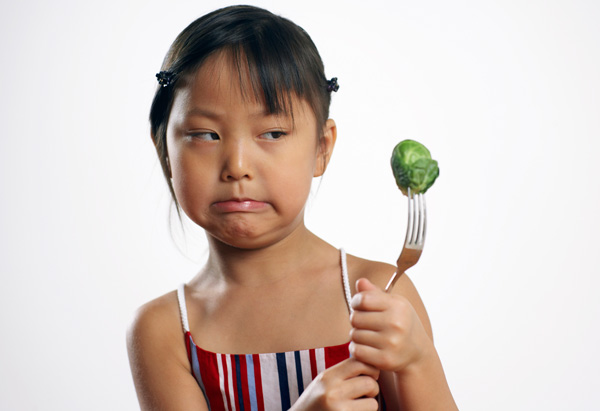 Essentially, these ‘enemies’ are deceptions, which often bring confusion between what is good and what is evil.  When Adam and Eve ate the fruit of the one tree God had forbidden to them (Gen. 3:6) the serpent had enticed Eve with, “You will be like God, knowing good and evil.” Instead, they were exiled from the Garden and descended to a place where good and evil are often confused – where evil can be seen as good, and good as evil. As the prophet Isaiah warned, “Woe to those who call evil good and good evil. They exchange darkness for light and light for darkness…” (5:20).

In this context, the celebration of the Festival of Hanukkah during this dark, wintry month of Kislev, reminds us that the true light we have is that of the God of Israel and His Word, as expressed by King David:

There are many who say, “Who will show us some good?” Lift up the light of Your face upon us, O Lord!  You have put more joy in my heart than they have when their grain and wine abound. In peace I will both lie down and sleep; for You alone, O Lord, make me dwell in safety. (Psalm 4:6)

When Adam and Eve first saw the sun go down they were panic-stricken, thinking that the setting of the sun was a consequence of their sin, and that this new, intense darkness would spell their death. They spent that entire first night weeping, until dawn broke and they realized, to their immense relief, that this was simply the way of the world — day was followed by night, and night was followed by day.

Sometimes we, like Adam and Eve, find ourselves in a confusing and painful “dark night of the soul” and can forget that morning follows night. We become anxious and even panic stricken at the thought that there is no end to the ominous darkness that has befallen us. Then God, in His chessed, love and mercy, gradually brings the dawning of a new day.

This truth is reflected in a powerful statement by the prophet Micah: “Rejoice not over me,  O my enemy; when I fall, I shall rise; when I sit in darkness, the Lord will be a light to me.”  (7:8)

We can celebrate the fact that in Messiah Yeshua the veil of darkness that covered the nations could, and can to this day, be pierced as they received the light of the truth of the One God and His Word.  “The people dwelling in darkness have seen a great light, and for those dwelling in the region and shadow of death, on them a light has  dawned.”
(Matthew 4:16)

4 thoughts on “KISLEV – 9th Hebrew Month – Being Holy Being Whole”