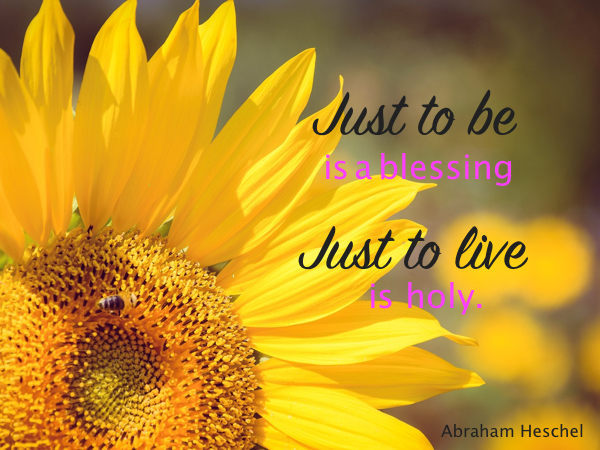 Thanks so much to all who joined us on our summer adventure with
Rabbi  Abraham Joshua Heschel.

We deeply appreciated every comment and each word of encouragement and have decided to select two winners instead of one.

MAZEL TOV and so much appreciation from both of us  ~ Keren and Cindy.

Please drop us a note with your choice from this booklist: 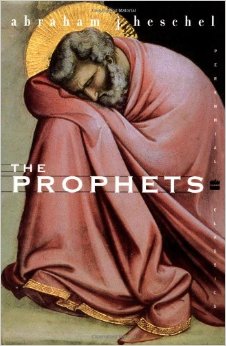 The God Of Pathos And Passion – 9.04 minutes

To the prophets God was overwhelmingly real and shatteringly present. They never spoke of Him as from a distance.

They disclosed attitudes of God rather than ideas about God.

God does not reveal Himself in an abstract absoluteness, but in a personal and intimate relation to the world.

It was the certainty of God’s love and mercy that enabled the prophets to accept His anger.

*Note – Only two weeks left to leave your comments and be entered to win a free Abraham Joshua Heschel book of your choice.You are awarded one entry for each comment made on the Heschel posts here and also at the HIS-ISRAEL Facebook Page.

Over the life of a prophet, words are invisibly inscribed: “All flattery abandon, ye who enter here.” To be a prophet is both a distinction and an affliction.

The prophet’s duty is to speak to the people, “whether they hear or refuse to hear.” A grave responsibility rests upon the prophet. …Yet, being a prophet is also joy, elation, delight!

The pages of prophetic writings are filled with echoes of Divine love and disappointment, mercy and indignation. The God of Israel is never impersonal. This Divine pathos is the key to inspired prophecy.

The prophet is a person, not a microphone. He is endowed with a mission, with the power of a word not his own that accounts for his greatness – but also with temperament, concern, character, and individuality.

The situation of a person immersed in the prophet’s words is one of being exposed to a ceaseless shattering of indifference. …Reading the words of the prophets is a strain on the emotions, wrenching one’s conscience from the state of suspended animation.

Worship preceded or followed by evil acts becomes an absurdity. The holy place is doomed when people indulge in unholy deeds. 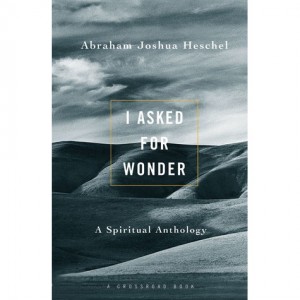 The Bible is holiness in words.

It is as if God took these Hebrew words and breathed into them of His power, and the words became a live wire charged with His Spirit.

To this day they are connections between heaven and earth.

Prayer is the border between heaven and earth.

Lord, the dominion is Thine. Take away from me all that would not enter Thy realm.

If not for the certainty that God listend to our cry, who could stand so much misery, so much callousness?

Prayer [in the light of His truth and will] makes visible the right and reveals what is hampering and false. In its radiance, we behold the worth of our efforts, the range of our hopes, and the meaning of our deeds. 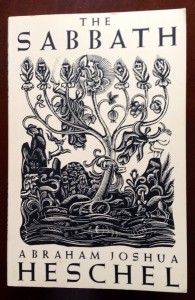 Our world is a world of space moving through time –
from the Beginning to the End of Days.

One good hour may be worth a lifetime; an instant in returning to God may restore what has been lost in years of escaping from Him.

It is the dimension of time wherein man meets God, wherein man becomes aware that every instant is an act of creation.

To witness the perpetual marvel of the world’s coming into being is to sense the Giver in the given, to realize that the source of time is eternity, that the secret of being is the eternal within time.

The Sabbath leads us to a realm of endless peace, or to the beginning of an awareness of what eternity means.

Six days a week we wrestle with the world, wringing profit from the earth;
on the Sabbath we particularly care for the seed of eternity planted in the soul.
The world has our hands, but our soul belongs to Someone Else.

The seventh day day is a palace in time which we build.

What was created on the seventh day? Tranquility, serenity, peace and repose.

There is a realm of time where the goal is not to have but to be, not to own but to give, not to control but to share, not to subdue but to be in accord.

The higher goal of spiritual living is not to amass a wealth of information but to face sacred moments.

The main themes of faith lie in the realm of time. We remember the day of the Exodus from Egypt, the day when Israel stood at Mount Sinai;

and our Messianic hope is the expectation of a day,
of the end of days. 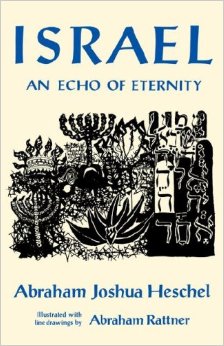 Not only is Redemption necessary for man, man is a necessity to Redemption. His actions are vital and affect the course of the process. Man holds the key that can unlock the chains fettering the Redeemer.

The heart of the relationship of God and man is reciprocity, interdependence. The task is to humanize the sacred and to sactify the secular.

The hope is for universal Redemption, for ontological transformation. Yet it seems that fulfillment will come about by degrees. …The point in history at which that restoration [of His Kingdom] will take place remains the secret of the Father.

“It was a hatred without cause that brought about the destruction of the Second Temple. It will be love without cause that will save Israel and all mankind.”
~ First Chief  Rabbi of British Mandate Palestine/Israel, Rabbi Avraham Yitzchak Kook

Jerusalem And The Wall – 9.25 minutes

This is a city never indifferent to the sky. …Prayers are vibrant. The Sabbath finds it hard to go away. Here Isaiah heard:

No words more magnificent have ever been uttered. Here was the Holy of Holies.

Jerusalem has the look of a place that is looked at… “the eyes of the Lord your God are always upon it, from the beginning of the year till the end of the year.” (Deut 11:12)
Psalms inhabit the hills, the air is HalleluYah!

What is the Wall? The unceasing marvel. Expectations.
The Wall will not perish. The Redeemer will come.

Silence. I hug the stones; I pray. O Rock of Israel, make our faith strong and Your words luminous in our hearts and minds. Pour holiness into our moments.

Once you have lived a moment at the Wall, you never go away.

Israel reborn represents a breakthrough into whole new areas of experience and understanding. It defies conventional conceptions, ordinary expectations.
Its essence is a proclamation.

Israel is a miracle in disguise. Things look natural and conceal what is a radical surprise. Zion rebuilt becomes a harbinger of a new understanding, of how history is intertwined with mystery.

Israel is the opposite of commonplace, it is an extraordinary place, and it is on the verge of the extraordinary that we may encounter the marvel….It is an accord of a Divine promise and a human achievement.

To the Jewish people, Eretz Israel is home, hope  and all they can call their own.
It is not only memory, our past, that ties us to the Land, it is our hope, our future. 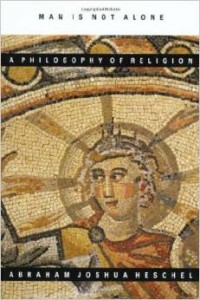 Religion for religion’s sake is idolatry.
True religion is for God’s sake.
The goal is “to do justly, to love mercy and to walk humbly with thy God.”
All existence stands in the dimension of the holy…
There is no escape from God.

There is only one way to fumigate the obnoxious air of our world – to live beyond our own needs and interests.
…How can man succeed in breaking out of the circle of his self?

Our needs are temporal, while our being needed is lasting.

The souls of men are candles of the Lord …and every soul is indispensable to Him.