TORAH – the BREAD OF LIFE

The Torah, or the first revelation of the Word of God in a communal form, was given by God at Sinai.

The account in Genesis tells us that a form of the Word was in existence at the very beginning of Creation.  This Word was with God so intimately that, in fact, it was part of God; just as the words you speak emanate from you and give a representation of who you are and what you are thinking. As God is perfect, the same yesterday, today and tomorrow – all truth, justice and love –  so will His Word be.

The Sages of Israel interpret this to mean that the very letters of the Hebrew Aleph-bet that God used to form the words of Creation carry God’s creative power.

1. The Torah is the foundation of the Word of God – given to us His people, as a revelation of Himself and His Kingdom, by God through Moses, at Mount Sinai.

2. The truth it contains is absolute, unchanging, unshakeable and eternal and it is Life to those who choose to take hold of it!

3. It is the record of God’s Wisdom and instruction to His people – and a guide as to the way we should live.

Consider for a moment, in connection with that which sustains life, that the Torah also is referred to  as bread.

“Man shall not live by bread alone, but by every word that proceeds from the mouth of God”

As already mentioned: at Creation God spoke all things into being. This reality actually is illustrated in the first Hebrew word of Torah, B’reishit – meaning ‘In the beginning’… In fact, we can focus in on the very first letter of this first word –  Bet.

First, notice the shape of the letter: closed on three sides and open on one side. Jewish commentary records, among other interpretations, that this teaches us that we should not be overly concerned with what is above us, in the heavens, or below us, in the netherworld – nor look back unduly at what is in the past behind us, but our focus should always be forward – pressing on in hope and faith according to the direction of the Word of God.

Secondly… the sages of Israel, as well as placing great value on the Hebrew letters of the Torah, say that there are important things to be learnt from even the gaps between words and the spaces around letters. So, let us consider the space around the letter bet… and… what do we find? A large invisible letter Peh!

The name of the letter, peh, is also the Hebrew word for mouth. So what we find is a large invisible mouth – which we can undertand to be the very mouth of God from which the Torah proceeds as His spoken word, and goes forth in all its creative power, carrying the breath of life and all wisdom and knowledge, from before the beginning of Creation until the present day… and will continue to go forward through all eternity. Baruch HaShem! Blessed be His Name.

We see God’s provision of bread from heaven in the form of the manna that was miraculously provided to His people, the Israelites and which sustained them and gave them life during their long wilderness journey. Once they entered the Promised Land, to settle and live there, it stopped. We know from the Scriptures that God intends that not only the Israelites but the whole world is to receive life.

What also comes to mind, in the context of bread, are the bread and wine that are central elements of Shabbat and the Festivals. The main celebratory forms of bread are the beautiful challot of Shabbat and the unleavened, pierced matzah of Pesach, Passover; which also is called Lechem Ani – the bread of our affliction – as it is a reminder of the slavery and bondage of Egypt. 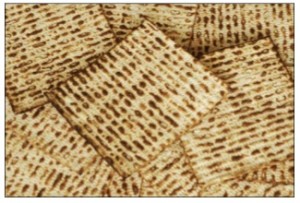 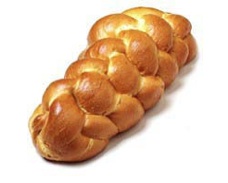 The fragrant, specially braided and delicious loaves that adorn our Shabbat tables – the Bread of our Fullness and Rest!  Since the destruction of the Second Temple in Jerusalem, one’s table in the home is now the altar, as it were, of the Mikdash Me’at – the small Sanctuary of one’s home, and the challah bread on Shabbat is a reminder of the perfect Showbread in the Holy Place.

Personally, I love the beautiful golden menorah in the Holy Place with its rich symbolism of the Word of God , likewise the adjacent Altar of Incense with its permeating fragrance. However, of the furniture of the Holy Place, the Table of Showbread is the first piece listed in both Exodus 35:3 and 40:22, which indicates its importance. I recently learned an interesting detail in connection with the Showbread [ Lechem Panim – Bread of the Face or Presence – because it stood for a week in the Presence of God ].

Two miracles are recorded regarding this special bread… firstly, it stayed fresh all week and each Shabbat, after they replaced the bread with new loaves, it was shared among the priests. The second miracle is that each priest only received a piece the size of a bean and yet it completely satisfied him. When we eat together, as ‘priests in the kingdom of God,’ and share the Shabbat challah and the Passover matzah, we partake, symbolically, of the Showbread that is saturated with the Presence of God – and it fills and spiritually satisfies us.

We may consider that if we truly desire to “know” –  to grow in intimate knowledge of – the Beloved of our soul we need to study and become deeply intimate with the Word to which he gave substance and added meaning. When one does, one discovers that the longer one studies, it remains just as fresh and ever-expanding and inspiring as when one first started – and, I would say, becomes even more so.

Proverbs. 3:17-18   Her ways are ways of pleasantness, and all her paths are peace. She is a tree of life to those who lay hold of her; those who hold her fast are called happy.

How I love your Torah!

In Israel, and synagogues worldwide, once a year – on Simchat Torah – all the Torah scrolls are removed from the Ark and are lovingly passed from person to person as the congregation sing joyfully and dance seven times around the central bima. The scrolls are dressed in beautifully embroidered robes, and crowned with ornately designed gold or silver crowns – they represent the Mashiach for whom we all longingly wait…who will one day reign as king and establish the Kingdom of God from Jerusalem to the ends of the earth.