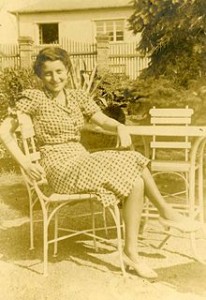 In honor of Holocaust Memorial Day we share her story and song.

Hannah Senesh was born in Hungary, July 17, 1921. When she graduated from school in 1939, Hannah immigrated to Israel and studied at the Agricultural school of Nahael. In 1941 Hannah joined  Kibbutz Sdot Yam and while there, together with her work in the fields, she wrote poetry.

At the age of 22 Hannah parachuted into Nazi-occupied Europe to help in the rescue of Hungarian Jews about to be deported to the German death camp at Auschwitz. She was arrested on the Hungarian border, imprisoned and tortured. Hannah refused to give up the transmitter codes, which would have lead to the arrest of the other parachutists. She was eventually executed by firing squad.

The words of Eli, Eli – my God, my God, also known as Tefilat Adam – The Prayer of Man, were penned by Hannah and the melody was composed by David Zahavi. You can download the lyrics for Eli, Eli here and listen to the song below.