FIREFLIES IN THE DARK / …I NEVER SAW ANOTHER BUTTERFLY…

“For the dead and the living, we must bear witness. For not only are we responsible for the memories of the dead, we are also responsible for what we are doing with those memories.” – Ellie Wiesel

Like the children who lived through the American tragedy of 9 -11, many in our (Keren and Cindy’s) age group grew up with a more organic exposure to the topic of the Holocaust. But as we Baby-boomers had children of our own, and our children have children of their own, the Holocaust moves further away. And the further away it moves, the more important it is to remember.

The best remembering would be to talk to survivors and many have done so, to those who were willing to talk, and painful but precious memories have been recorded. However, as there are fewer and fewer survivors still living, we now need to find other ways.

The following are two gentle resources — gentle in that they are less graphic in exposure – that are wonderful to use across many age groups — including children and seniors.   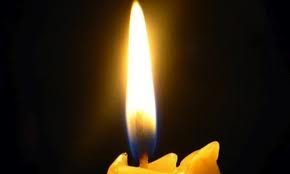 Some day we shall outrun this hour,
Some day there will be comfort for us,
And hope again burst into flower,
And peace and guardian care restore us.
The jug of tears will break and spill,
And death be ordered: “Hush, be still!” [1]  

by Susan Goldman Rubin
*The front cover is a piece called Flowers and Butterflies painted by Margit Koretzova
(April 8, 1933-April 1944)

The Terezin (Theresienstadt) ghetto differed from all other ghettos as it was designed to deceive the outside world. In April of 1944, the Red Cross visited Terezin. To prepare for their visit the Nazis beautified the camp with roses, fresh paint (on buildings that lined the route the visitors would take), a playground, coffee shop… and 7, 500 sick and dying were shipped off to Auschwitz. Many of those shipped were orphaned children.

Terezin also differed as it was composed of European artists, musicians, and writers. One of those internees was artist Friedl Dicker-Brandeis. Friedl was a trained designer, artist, and teacher. At Terezin she organized art lessons encouraging the children to express their feelings in their work.

Friedl understood the power of art to sustain hope. She lovingly enabled her students to rise above their horrifying situations and find pleasure and dignity through art. [2] The story that lives on through the artwork and poetry of these children reveals “how flashes of kindness can spark joy — like fireflies in the dark.” [3]

This book offers a small glimpse of Friedl Dicker-Brandeis and the children who passed through Terezin. The best way to describe Fireflies in the Dark — ‘quietly intense, filled with precious artwork that overwhelms the heart.’

1. Ivo Leo Katz (April 11, 1932-July 1944) started out as a good-natured, cheerful, eleven-year-old boy. But the terrible conditions at Terezin made him angry and violent. When he drew with Friedl, he circled every shape with heavy black lines.
2. Susan Goldman Rubin, Fireflies in the Dark, pg. 41
3. Ibid, front book flap

The last, the very last,
So richly, brightly, dazzlingly yellow,
Perhaps if the sun’s tears would sing
against a white stone…

Such, such a yellow
Is carried lightly ‘way up high.
It went away I’m sure because it wished to
kiss the world good-bye.

For seven weeks I’ve lived here,
Penned up inside this ghetto.
But I have found what I love here.
The dandelions call to me
And the white chestnut branches in the court.
Only I never saw another butterfly.

That butterfly was the last one.
Butterflies don’t live in here,
in the ghetto. 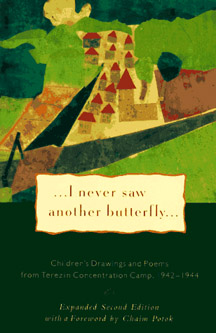  …I never saw another butterfly…
Children’s Drawings and Poems from Terezin Concentration Camp, 1942-1944

Of the 15,000 children who passed through Terezin, only 100 survived. But these children left a legacy, a testimony to their lives and spirits. Friedl Dicker-Brandeis, before being shipped to Auschwitz, buried 4500 of pieces of work in two suitcases. Others were found hidden in mattresses and stuffed in cracks between the walls. Many of these drawings were used as clues during the Nuremberg Trials.

This collection allows us to see what life was like in Terezin, through the eyes of children. A heart rending look at the misery, sadness, and fear of these innocents as well as their courage, their hopes, and their fears.

IT ALL DEPENDS ON HOW YOU LOOK AT IT

I.
Terezin is full of beauty.
It’s in your eyes now clear
And through the street the tramp
Of many marching feet I hear.

In the ghetto at Terezin,
It looks that way to me,
Is a square kilometer of earth
Cut off from the world that’s free.

II.
Death, after all, claims everyone,
You find it everywhere.
It catches up with even those
Who wear their noses in the air.

The whole, wide world is ruled
With a certain justice, so
That helps perhaps to sweeten
The poor man’s pain and woe.

I AM A JEW

I am a Jew and will be a Jew forever.
Even if I should die from hunger,
never will I submit.
I will always fight for my people,
on my honor.
I will never be ashamed of them;
I give my word.

I am proud of my people,
how dignified they are.
Even though I am suppressed,
I will always come back to life. 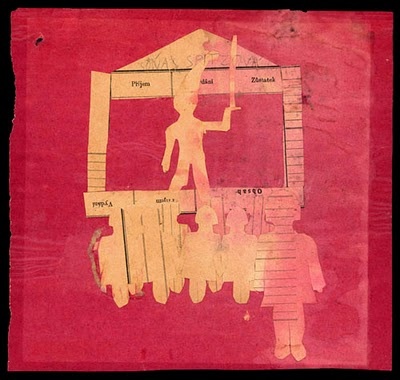 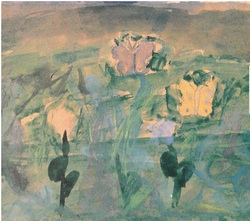 A detail from Butterflies by Marika Friedmanová
Marika was born on April 19, 1933, and deported to Terezin on August 3, 1942.
She perished in Auschwitz in 1944. 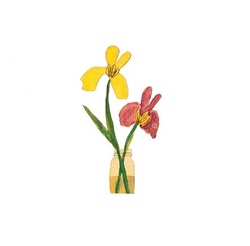