HEBREW WORD FOR NISSAN – Being Holy ~ Being Whole

By the word (dabar דבר) of the Lord the heaven’s were made.
And by the breath of His mouth all their host. (Psalm 33:6) 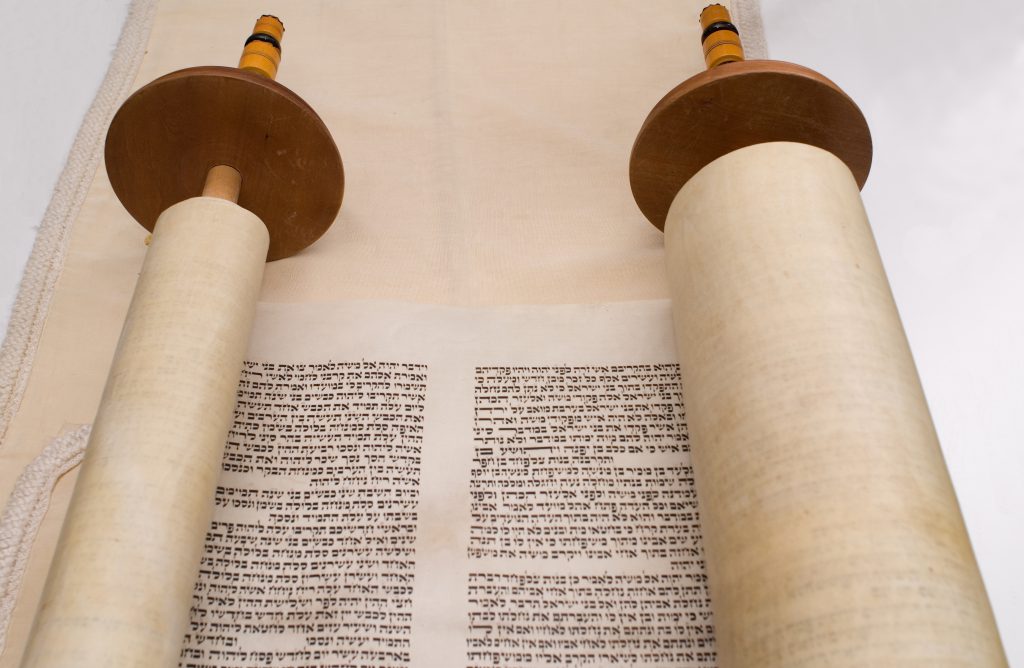 Genesis Rabbah 1:1 records that the words G-d spoke to create the world were none other than the Torah itself:

In human practice, when a mortal king builds a palace, he builds it not with his own skill but with the skill of an architect. The architect moreover does not build it out of his head, but employs plans and diagrams to know how to arrange the chambers and the wicket doors. Thus G-d consulted the Torah and created the world, while the Torah declares, “In the beginning G-d created,” ‘beginning’ referring to the Torah, as in the verse, “The Lord made me as the beginning of His way” (Prov. viii, 22).

Be that truth or tradition, we know that the power of G-d’s word manifested itself in creation. G-d spoke and everything we know came into existence. He breathed and the cosmos was made. And everything is held together by the power of His word.

To the Hebrew mind, the Universe is represented as the writing or active speech of G-d.[1] Alive and active, G-d’s dynamic word is able to both penetrate and break the heart of man. (See Jeremiah 20:9 and Ezekiel 36:26)

With our Western mindset we often understand words simply as vehicles to convey meaning or understanding. We do not realize that our words – often spoken carelessly or in haste – are imbued with deep and affecting significance. Our words have the possibility to bring about new realities in another’s life:

As Hans-Georg Gadamer writes,
‘Greek philosophy more or less began with the insight that a word is only a name – i.e., that it does not represent true being. Hebrew dabar, on the other hand, refers to word, event, and thing, which reflects a unity between the word and the world such that to interpret the word is to understand reality and vise versa.'[2]

Created in the image of G-d, our words have the ability to create life or death and Rabbi Heschel would argue even to destroy the gates of G-d’s Word:

There is no understanding the G-d of Israel without deep sensitivity to the holiness in words. For what is the Bible? Holiness in words. And we destroy all the gates of the Bible by the ongoing desecration of the power of the word. The effect, I believe, is that we are all engaged, all involved, in the process of liquidating the English language. Promiscuity of expression, loss of sensitivity to words, has nearly destroyed the fortress of the spirit. And the fortress of the spirit is the dabar, the word. Words have become slums. What we need is a renewal of words.[3]

In this month of Nissan we are focusing on good and holy speech. With that focus in heart, the pictograph for dabar – word – is illuminating: 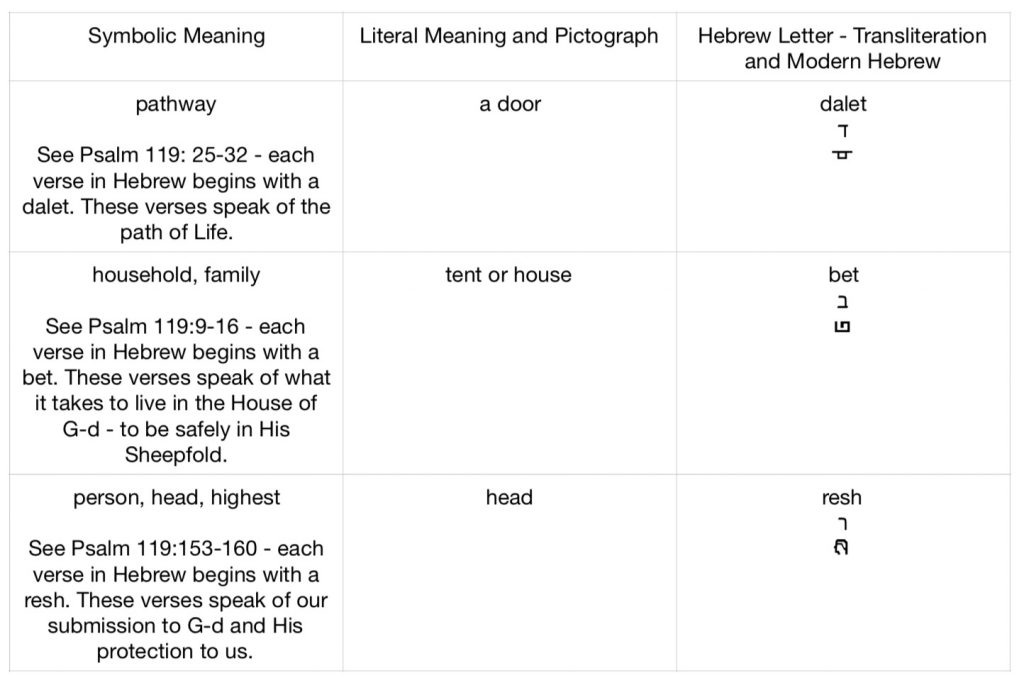 Messiah Yeshua is from the tribe of Yehudah יהודה (Judah). Yehudah is spelled with the same letters as YHVH – יהוה, with the addition of one letter – the dalet – door. The Word enfleshed told us himself He is the door/gate for the sheep – bringing us into the presence of Adonai – always directing our path, always turning our hearts to the Father. May our the words do the same!

Therefore be imitators of G-d, as beloved children; and walk in love, just as Messiah also loved you and gave Himself up for us, an offering and a sacrifice to God as a fragrant aroma. (Ephesians 5:1-2) 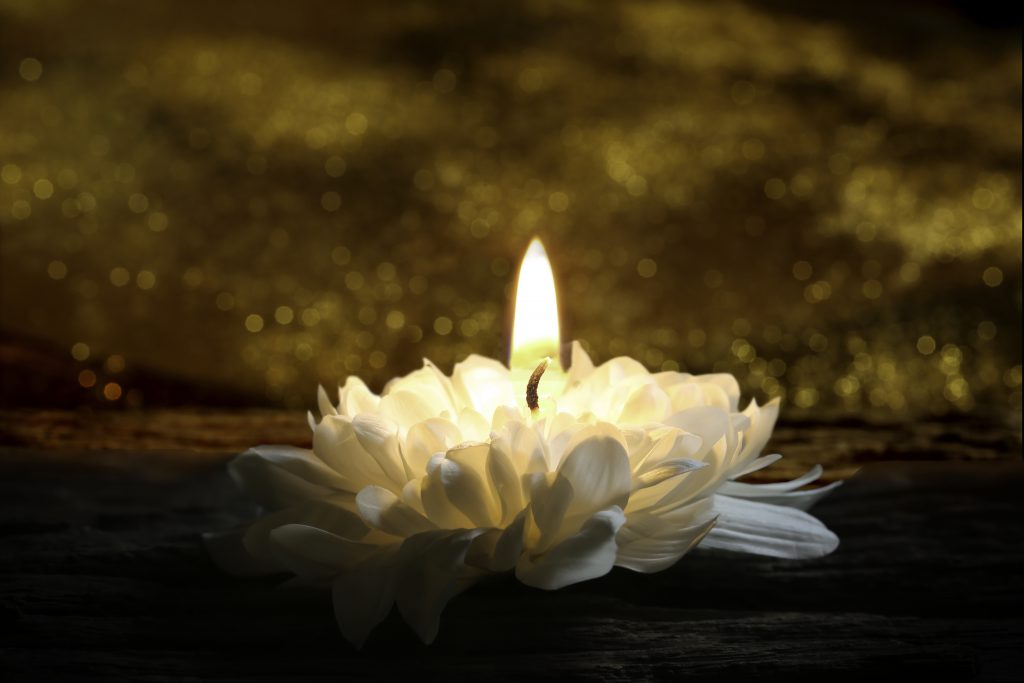 HERE I AM. SEND ME

Then one of the seraphim flew to me with a burning coal in his hand, which he had taken from the altar with tongs. He touched my mouth with it and said, “Behold, this has touched your lips; and your iniquity is taken away and your sin is forgiven.” Then I heard the voice of the Lord, saying,
“Whom shall I send, and who will go for Us?” Then I said, “Here am I. Send me!” (Isaiah 6:6-8)