HOPE and HARPS – The Promise 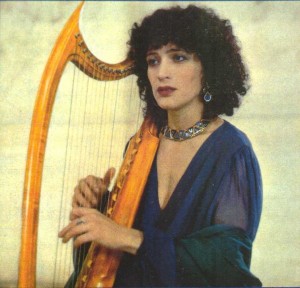 THE PROMISE OF HOPE

The greatest miracle of history in our times, in all likelihood, is the restoration of God’s Promised Land to His people, the descendents of Abraham, Isaac and Jacob. The implications of that miracle, while rousing considerable and violent animosity in the enemies of the God of Israel, should stir great faith and hope in those who believe in the Bible and the promises of God. Faith in His Word and hope for the future are inextricably linked, as we see illustrated in the powerful “faith chapter” in the book of Hebrews:

“By faith Sarah herself received power to conceive, even when she was past the age, since she considered Him faithful who had promised. Therefore from one man, and him as good as dead, were born descendants as many as the stars of heaven and as the innumerable grains of sand by the seashore. These all died in faith, not having received what was promised, but having seen it and greeted it from afar…” (v. 11:11-14).

“By faith Joseph, at the end of his life, made mention of the exodus of the Israelites and gave directions concerning his burial” (11:22). Joseph had received the revelation and promise that his people would return and he trusted the hope that eventually he would be buried in his homeland.

The chapter continues to enumerate great exploits performed in faith by the people of God. Many were victorious and overcame great odds but some endured suffering and trial and did not see earthly success. All, however, persisted because they had hope in the One who promised and they all were secure in the knowledge that the true and lasting reward awaited in the eternal Kingdom of God.

In his very relevant book Future Tense, Jonathan Sacks, former Chief Rabbi of England, quotes economist Alan Greenspan’s observation that we are entering an age of turbulence, which can engender fear. However, as Rabbi Sacks describes, “The antidote to fear is faith, a faith that knows the dangers but never loses hope.”* He connects this hope to the Jewish people and says: “The Jewish people are ancient but still young; a suffering people still suffused with moral energy; a people who have known the worst fate can throw at them, and can still rejoice. They remain a living symbol of hope.” Significantly, the stirring and beautiful national anthem of Israel is simply entitled HaTikvah, “The Hope.” 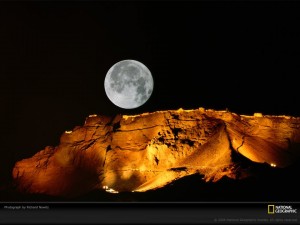 In Jewish literature, the nation and people of Israel are compared to the moon, which continually wanes then waxes full. Forces of hate throughout history have conspired to obliterate Israel and she seems to fade from sight, but then, according to the Almighty’s will and design, she proceeds to grow strong and bright once more until the Day that she will remain forever radiant in all her fullness. This truth can be applied on a personal level in the life of each child of God. The greatest aim of the enemy of God and His people, the enemy of our souls, is to rob one of hope. To be rendered ‘hopeless’ can be likened to being ‘lifeless’. There is indeed truth in the axiom, “Where there is life there is hope” and vice versa.

Central aims of the perpetrators of terror and violence in the world today are to instill fear and to extinguish hope. We know, however, that the One who promised is faithful; He who said, “I know the plans I have for you… plans for good and not for evil, to give you a future and a hope” (Jeremiah 29:11). God’s love and truth cast out all fear.

It is through our trials and challenges that we grow and strengthen our character.

King David is described as “the sweet singer of Israel.” [3] No doubt, when he was a boy guarding his father’s sheep, he would play the shepherd’s harp and also a simple, melodious flute. When David was a young man in the court of Saul, the first king of Israel, the Scriptures relate that he would be summoned to play his harp and sing to Saul whenever the king was troubled by an evil spirit. The music would soothe and bring healing to Saul’s troubled soul.

I have a friend who is a music therapist. I have seen her work with a man who had had a stroke; he could no longer speak. I saw her in her last session with him where she sang and played in an attentive and accompanying improvised style. …He began to hum the music with her and ended up actually speaking. It was such a touching experience to see this person unexpectedly freed. Music is often the only language which can find those banished to the nameless interior of illness. [4]

When the prophet Samuel anointed David as God’s chosen king, we are told that “the Spirit of God came upon David from that day onwards” (1 Samuel 16:13). We may conclude, therefore, that the songs, the psalms of David, were written with Divine inspiration and can understand how they have the power to inspire and to heal to this very day. In a unique way the Psalms are, as it were, “harps of God” – God-given instruments that, if we but grasp them and give them voice, become His tools that have the power to cut through and render powerless the chains of the enemy that tie and bind and control.

Revelation means “to lift the veil” in order that we might see something that is already there.

The Hebrew letters of the word Mashiach, mem-shin-yod-chet, can be rearranged to form the word yismach – to rejoice! The Song of Messiah is a full and glorious crescendo in the Symphony of God – the song that will burst forth at the Final Redemption, when all will be brought into one, whole, free and joyful Psalm of Praise!