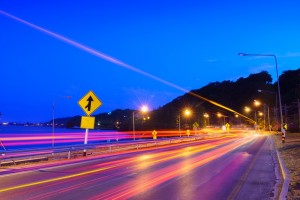 We may consider liminal space as a threshold, that place where one is neither here nor there – the space between a starting point and a destination. It is of interest to study the encounters with liminal spaces in the lives of the Patriarchs – the fathers of our faith.

Liminal space, usually, is a place of great vulnerability; as we see when God called our father Abraham to set out from his home “…to a land you know not.” He had a starting point but not a destination. That was the risk and challenge he faced – the not knowing. However, he knew the voice of God and that provided him with courage and the faith he needed to endure the journey into the unknown.

Jacob, too, undertook an unexpected journey from his home in BeerSheva, in the Land promised to his father, Isaac, when he was forced to flee from the murderous wrath of his brother Esau. Although he knew his destination – Padan Aram, where others of Abraham’s family were settled – Jacob had little idea of what awaited him there or the dangers he might face on the way. As we know, he reached his destination safely, married his beloved wife Rachel, and her sister Leah, and worked for their father, the scheming Laban, for twenty years until God released him to return to his homeland. The challenge, on his return journey, was the need to once again face his brother Esau.

Traversing the liminal spaces of both journeys, at his most vulnerable moments, he has his greatest visions and experiences dramatic encounters with God. On his first journey we read, “Hu yifgah ba’makom. – He came upon a place” (Gen. 10:11). The Hebrew word yifgah carries a much stronger meaning: He collided with a place!  It’s a forceful encounter that stops him in his tracks. The sun is setting and he decides to rest there for the night and sleeps with a stone as his pillow. 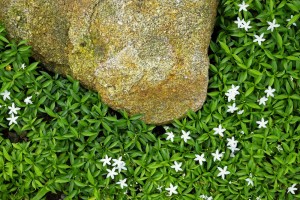 Here he has his dream – a glorious vision of a ladder reaching from earth to heaven and angels of God ascending and descending upon it. The LORD appears above the ladder and confirms His promises to Abraham and Isaac, saying: “The land upon which you lie, I will give to your descendants.” And, “…in your seed all the families of earth will be blessed.”  He also promises Jacob, “Behold, I am with you and will keep you wherever you go, and will bring you back to this Land.”

When he awakens, Jacob realizes the place is of profound importance and proclaims: “How awesome is this place – HaMakom! This is none other than the House of God; this is the gate of Heaven” (Gen. 28:12-17). He names the place Bethel – house of God. It was situated on the mount of Moriah, meaning ‘God is my teacher,’ which later would be called Har Ha’Bayit, the Mount of the House (of God); the Temple Mount. Jacob now trusts that God will preserve him, provide for his needs, and would return him to his homeland.

What of his second journey – the journey home? He indeed has prospered and built for himself a large family and is the owner of many cattle and sheep. His fear, now, is the inevitable encounter with his fiery brother Esau. Is his life still in danger from Esau’s hatred and revenge? Before crossing the border, Jacob prays to God, positions his family and takes necessary precautions. The night before the meeting he has another lone encounter when “…an unknown Man wrestled with him until the breaking of the day” (Gen. 32:24). Jacob prevails and the man says, “Let me go for the day breaks!” Jacob demands a blessing and, before he disappears, the Man proclaims,

Your name shall no longer be Jacob, but Israel, for you have struggled with God and with man, and have prevailed.

Jacob, again, is struck with awe and names the place Peniel, “For I have seen God face to face and my life is preserved.” (32:30)

He now can go forward with courage and also with a great humility that defuses any anger that may remain in his brother. Esau embraces him lovingly and they weep together. Jacob then returns safely to the land of his fathers and buys land near the town of Shechem (where the bones of his precious son, Joseph, eventually would be buried). He erects an altar there and calls it, El Elohei Yisrael, God is the God of Israel.

Jacob’s encounters, in the lonely liminal spaces of his life, have bequeathed to the generations following, and to all the world, great foundational truths of God. Firstly, the place of His House, where He has chosen to place His Name and will dwell among man forever. And, secondly, the knowledge that He is the God of Israel – the God who will work out His plan of Redemption for all mankind through the children of Israel, who have and will survive and prevail and see God’s promise to Jacob fulfilled, that “…in you and in your Seed (the Messiah) all the families of the earth will be blessed.”

Our individual spiritual journeys and growth can only be made alone. It is a personal quest no-one else can undertake for us. We have to go it alone! From Jacob we learn, however, that when we are alone, in the darkness of a challenging situation, we can encounter the glorious reality and the profound promises of God. Knowing and trusting His Presence with us, we can be strengthened as Jacob was. We can rise up and go forward in confidence, with humble faith that we will survive and, ultimately, will overcome and prevail.

In this context, of Jacob and Israel and our spiritual journey through life, a meaningful application can be made of words spoken in 1910 by Theodore Roosevelt, during a speech at the Sorbonne in Paris.

It is not the critic who counts, nor the man who points out how the strong man stumbles, or where the doer of deeds could have done them better.

The credit belongs to the man who is actually in the arena, whose face is marred by dust and sweat and blood; who strives valiantly;

who errs, who comes short again and again, because there is no effort without error and shortcoming; but who does actually strive to do the deeds; who knows great enthusiasms, great devotions;

who spends himself in a worthy cause;

who at best knows in the end the triumph of high achievement, and who, at worst, if he fails, at least fails while daring greatly, so that his place shall never be with those cold and timid souls who neither know victory nor defeat. *

* Quoted by Rabbi Jonathan Sacks in his book, Lessons in Leadership, 34