There is a God in Israel! 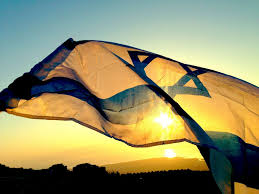 Arise, oh LORD! Save me, oh my God!
Salvation belongs to the LORD. Your blessings are upon Your people.
(Psalm 3:7-8)

I would like to share a few thoughts, largely inspired by a letter from a friend, Ils Strauss.

David Ben Gurion, Israel’s first Prime Minister, summed up life in our country pretty accurately. Smart man that he was.  Because it is on those miracles, those interventions from God, that the very existence of Israel hinges. Always has. The parting of the Red Sea, the victories of Joshua, Gideon, David and Goliath; the list goes on.  The nation of Israel existed because the Lord of the Armies of Heaven – Adonai Tzevaot –  made their fight His.  Our very existence depended, and still depends, on His intervention, His miracles.

If Israel had been able to, strong enough, capable in ourselves to fix, accomplish or achieve, the glory would be ours.  However, our God is not in the habit of sharing His glory or His praise (Isaiah 48:2).  From personal experience we know:  God’s miracles are usually reserved for the no-hope situations, the back-against-the-wall areas in our lives, when it’s only God standing between us and the end of the line.

During times of war, the soldiers of the Israel Defense Forces (IDF) learn this lesson first-hand.  Fifteen armed conflicts in the last 60 plus years have resulted in thousands of stories of how God showed up; how He arose to turn a battle, to confuse the enemy, save a life and literally keep Israel from annihilation.  In light of the odds, compared to the multitude of those who would wipe her off the map, Israel is simply too small, too weak, too human, to go it alone.  Which is why we depend on God’s supernatural intervention – for Him to arise and His enemies be scattered. At the end of the day, that is what the battle is about – the factor that stirs up the enmity and opposition of the enemy: the reality and the sovereignty of the One God of Israel.

How wondrous are the accounts of His intervention! There are stories of a sudden windstorm, blowing away inches of topsoil on a battlefield on the Golan to expose a minefield hidden below.  …Of a single Israeli tank blocking the Syrian army’s advance through the Golan Heights because they saw the lone remaining manned tank as an enormous platoon of tanks and white-uniformed soldiers along the ridge, so they turned in their tracks and fled. … Of enemy battalions surrendering to one Israeli soldier, because they saw thousands where a single man stood … Of a virtually unarmed army grossly outnumbered, pushing back 6 invading armies in the War of Independence in 1948. There are stories of God making tanks invisible, of ambushes that simply disintegrated, of men and women who knew they should have died but survived. Miracles. For many, it was a personal encounter with the God of our forefathers – a realization that He is living and faithful and that the Lord of the Armies of Heaven still makes Israel’s fight His.

As the battle continues, let us pray for God’s mighty intervention and protection over the precious Israeli soldiers – and all who stand in the gap putting their own lives at risk for the protection of Israel.

Also, let us pray for His people worldwide, who increasingly are becoming targets of the enemy’s hatred; that in the hearts of the many who are criticising Israel so vocally and virulently, even calling for her destruction, God would arise and make His heart known.

In faith and trust, we may declare the words that Israel’s shepherd king used when he stood facing the giant, “… that the whole world will know that there is a God in Israel”. May they come to know the God who is a God of love and not war and who urges all whom He created to: “Choose life!”