At the heart of the ‘Season of Lights’ – both Hanukkah and Christmas – is the God who is Love – the God of Abraham, Isaac and Jacob. May we uphold and reflect the light of His love and truth in the growing darkness of hatred and violence that threatens to envelop the world. To that end, here is a relook at a commentary by Ben Stein.

May our hearts be filled with His blessing, Shalom and love now and always,

Quite a few years ago, in 2005 to be exact, after ‘Happy Holidays’ became more politically correct a greeting than ‘Merry Christmas,’  and Christmas trees were called ‘Holiday trees,’ the following was written by TV presenter Ben Stein and recited by him on CBS Sunday Morning Commentary. 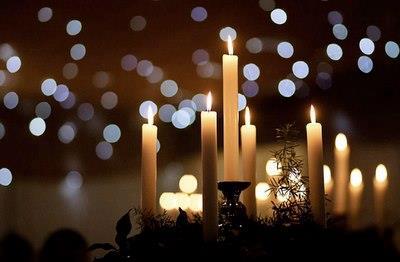 It doesn’t bother me a bit when people say, ‘Merry Christmas’ to me.  I don’t think they are slighting me or getting ready to put me in a ghetto.  In fact, I kind of like it.  It shows that we are all brothers and sisters celebrating this happy time of year. It doesn’t bother me at all that there is a manger scene on display at a key intersection near my beach house in Malibu.  If people want a creche, it’s just as fine with me as is the Menorah a few hundred yards away.

Or maybe I can put it another way: where did the idea come from that we should worship [named celebrities] and we aren’t allowed to worship God?  I guess that’s a sign that I’m getting old, too.  But there are a lot of us who are wondering where these celebrities came from and where the America we knew went to.

4 thoughts on “On God and Christmas Trees – Ben Stein”