As the Exodus account unfolds we see that Pharaoh, the god-king of Egypt, refuses to heed Moses’ directive from God, “Let My people go, that they might worship Me.”
In so doing, Pharaoh not only is denying the freedom of the Hebrew slaves, he also is rejecting the historical reality they represent – a process of Redemption, set in place and being evolved by the God of all Creation. The Almighty is working out His vision and goal for this world and is not limited by the natural laws that He established. He can choose to “pass over” the set, natural order of things.

“I will pass through Egypt on that night, and I will smite all the firstborn in the land of Egypt, man and beast. And against all the gods of Egypt I will execute judgment. I am God!” (Exo. 12:12) 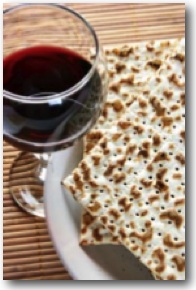 The constant remembrance of the Exodus is commanded by the Lord through Moses: “Remember this day, in which you came out from Egypt, out of the house of bondage, for by strength of hand the Lord brought you out from this place…”  The Haggadah, the story of the Exodus read at the annual Passover Seder meal, recounts:

In addition to this vivid annual reminder, observant Jews recite the Shema twice daily, during the morning and evening prayers, which includes the pronouncement:
“I am the Lord, your God, Who has removed you from the land of Egypt to be a God to you. I am the Lord, your God…”  This is followed by the declaration:

“The Helper of our forefathers are You alone, forever, Shield and Saviour… From Egypt you redeemed us, O Lord, our God, and from the house of slavery you liberated us.”

Why the necessity to remember the Exodus daily? The Hebrew word for Egypt, Mitzrayim, which means limitations or boundries, is derived from the root tzarrar (tzaddi, resh, resh) that means: shut in, restrain, limit, border. Other words from this root are metzar, meaning: distress, confined place,  tzar (narrow) and tzarah (sorrow, anguish). The scroll of Jonah describes his entrapment in the dark depths of the belly of the big fish and how: “In my distress (mitzara) I called to the Lord.” In Psalm 118:5, King David writes:

“From my distress (metzar) I called upon the Lord; the Lord answered me and set me in a free, wide place.” 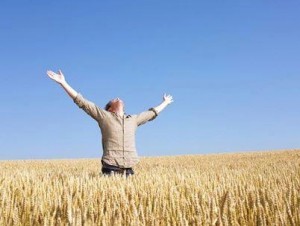 “I called to the Lord from my narrow prison and He answered me in the freedom of space.”

The same mighty God who delivered and redeemed us from Egypt is able to daily deliver and redeem us from our distresses!. Each one can be brought from the present Mitzrayim – the idol-worshipping, enslaving culture of death that surrounds and attempts to subjugate us – into the freedom of glorious eternal life intended by our Creator. We are invited out of the darkness into the light of the Kingdom of God and the embrace of its culture of life.

As we grow in knowledge of our Father and our King, so our trust and confidence grows and we can more effectively work with Him in not staying trapped in our bondages, our mitzarim. In the strength of the Lord, and by the Spirit of holiness God gives us, we are enabled to break through imposed boundaries and natural limitations. Our lives then can reflect in greater measure the truths of His Kingdom and we can more clearly see all through His perspective of reality.

“I thank You Lord that You have answered me and have become my Salvation… This is the day the Lord has made, let us rejoice and be glad in Him! (Psalms 118:21, 23) 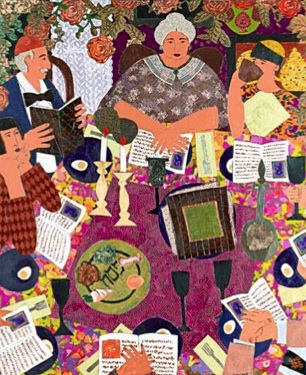 3 thoughts on “PASSOVER – The Clash of Cultures”