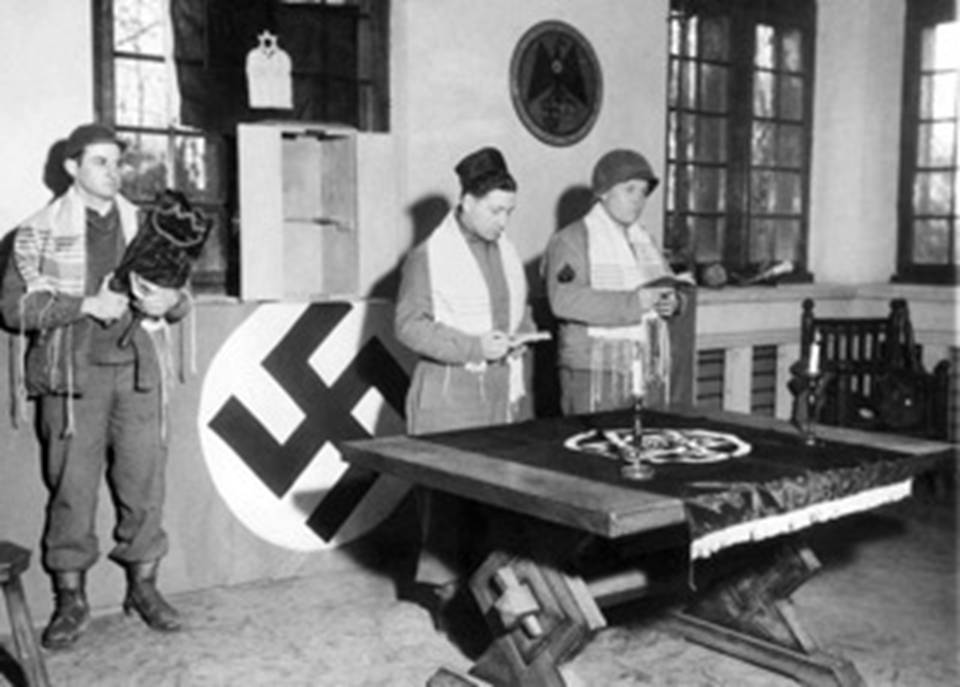 “Many a time have they afflicted me from my youth,” let Israel now say…

Most scholars associate this psalm with the time of the Babylonian exile. In truth, it can well apply to all the periods of suffering that Israel, as a people, have endured “from my youth” and up. Historically, the time of Israel’s youth is considered the time of slavery in Egypt, when the bondage indeed was bitter. Sadly, subsequent times of suffering can be traced throughout history to the present day. “Many a time have they afflicted me.” Who are “they” – the cause of the affliction? They are the nations; those who forcibly attacked and took Israel captive or those in whose midst a homeless Israel found herself when fleeing destruction.

God made the powerful pronouncement to our first forefather, Abraham, of the reality that would accompany the Covenant He was forging with him and his descendants to come in Genesis 12:3: “I will bless those who bless you, and him who curses, or dishonors, you I will curse, and in you all the families of the earth shall be blessed.”
Abraham, Isaac, Jacob, and their family, became the nation Israel. Those who would descend from them through the Covenants of God and, through exile, would spread to the nations of the earth – all carry the promise of God with them that as each nation extends blessing to them, the nation in turn would be blessed by God Himself. The converse also is true. Those nations who in their hatred of the God of Israel and His people curse, or allow the dishonoring of Israel, will in turn incur the curses of the Almighty.

To be God’s covenant people carries the great honor of knowing Him and being bound in intimate relationship with Him. This honor includes the responsibility of bearing His Name and representing Him in the earth. A negative result of this bond is the fact that one becomes a target for the enemies of God, who malign, attack, and viciously destroy His children wherever and whenever they are able to do so. A prime example of this hatred also can be  traced back to the Exodus from Egypt – to the enemy Amalek the Edomite, who had no compunction in specifically targeting and attacking the weaker and more defenseless of the Israelites.  Exodus 17:16 tells us: “The Lord will have war with Amalek from generation to generation.” However, first He assures us in verse 15: ” I will utterly blot out the memory of Amalek from under heaven.” May it be so.

“…but they have not prevailed against me!”

By the grace and enabling of God, the Creator and sustainer of all, Israel can say in the face of the relentless affliction imposed by enemies who have risen up in an attempt to destroy her and wipe her from the world’s map “…but they have not prevailed against me!” Israel still stands strong, sovereignly restored and flourishing in her Land and honors the One God – may His Name be blessed and His Kingdom be extended forever and ever. Amen.

“The plowers plowed my back, they made long their furrows.”

Verse 3 conveys a painful image. The phrase, ‘furrows on the back,’ brings to mind the welts and cuts of a whip – the wounds suffered by Yeshua himself and of many a slave at the hands of cruel masters. The metaphor more diectly applies to oxen that are used for plowing. The furrows to be plowed are in a straight line and only when the end is reached can the oxen rest and renew their strength. The longer the furrow the more weary they become. Israel were treated by their enemies like animals of burden, used for the benefit of the cruel masters who deliberately ‘made long their furrows.’

However, in extension of the metaphor, the Lord in His mercy and righteousness ‘cut the cords of the wicked.’  When the cords that fasten the yoke to the backs of the oxen are cut, the oxen cannot continue to plow.  Enslaved, bound and weary, Israel could not have saved herself. Only the intervention of God in cutting the cords of bondage enabled freedom and relief from suffering.

“Let them be ashamed and turned back, all who hate Zion.”

Zion, together with Jerusalem as the capital of Israel, symbolizes the whole people and nation of Israel. The Psalmist prays that all the enemies will become ashamed of their senseless hatred and be turned back from their brutal attacks. David knows that those who curse Israel will themselves be cursed and the final verses of the psalm are a soft response to the harshness of the enemy.

Grass that grows on rooftops is purposeless, it cannot take root and draw nourishment and is quickly scorched and withers in the heat of the sun.  No crop can be harvested by the reapers, who cannot then be blessed by passersby with: “The blessing of the Lord be upon you; we bless you in the Name of the Lord.”

The negative picture subtly reinforces the vision that David and all Israel long for, as represented in Ruth 2:14, when Boaz customarily blessed the reapers with, “The Lord be with you.” A  picture of a peaceful Israel, settled in her own Land of fertile fields, where farmers work and reap, and people greet one another, and the nations who bless them, with:

“The blessings of the Lord be upon you; we bless you in the Name of the Lord.” 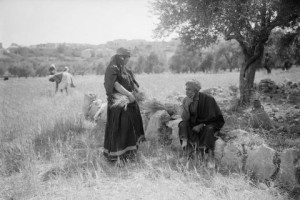