BLESSING POURED OUT FROM ON HIGH 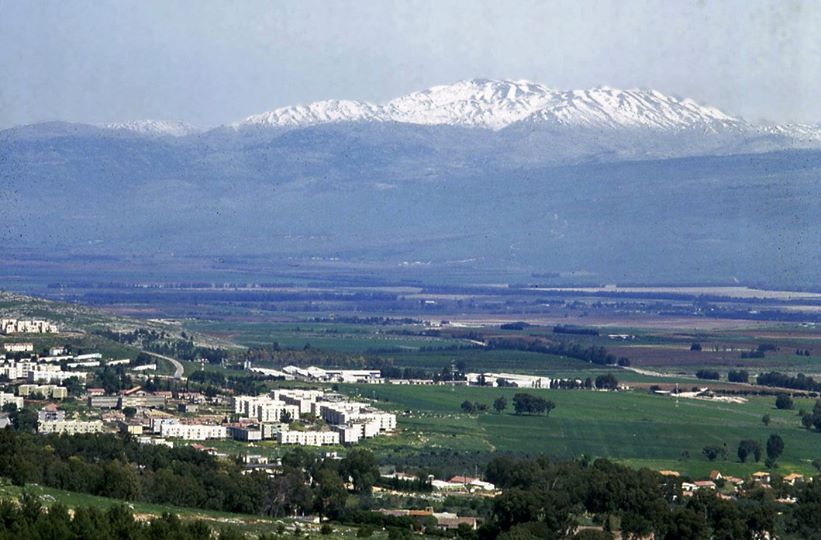 The series of the 15 Psalms of Ascents concludes with the two short Psalms of 133 and 134. Both psalms begin with Hinei or Behold, which in Scripture usually is an indication of the sovereign intervention of G-d within a situation. The two are beautiful songs of praise, befitting the arrival of the Levitical musicians and singers at the summit of their ascent to the entrance court of the Holy Place of the Temple in Jerusalem. As such, they gloriously transcend time and space and to this day the songs are raised in joyful praise in many congregations.

The opeining verse of Psalm 133 is one of the Hebrew verses that likely is known by many Christians around the globe: Hinei ma tov u’ma’naim shevet achim gam yachad! It is translated as: ‘Behold how good and how pleasant it is for brethren to dwell together [in unity].’ The Hebrew word yachad intimates a united togetherness; a harmonious oneness that is reflected in the word ‘one’ – echad. How good it is when brothers, people, neighbors, who dwell together physically, also can dwell in unity of heart and spirit. Proverbs 27:10 reads, “For better is a neighbor who is near than a brother who is far off.” This carries a meaning that a good neighbor who is nearby can be of more immediate practical assistance than family who are far away geographically. It can also be understood as a friend who is like-minded or caring of heart is better than a blood relative who is in opposition to you and is distant and uncaring in attitude.

At times it may be preferable, for the sake of peace and to avoid ill-will and competition, if two parties are separated by distance. However, in a good social order, which is in accord with biblical values, every person should show genuine concern for others and should interact openly and honestly. If each one extended care and help where possible to one another in an attitude of loving unity, rather than one of envy, self-aggrandizement and strife, all would benefit and not only would it be tov, “good,” it also would be naim, “pleasant.”

Such truly caring communities are rare in this world of brokenness and selfishness. Here David employs rich imagery of the motion of descent to describe the depth of blessing and joy that true unity engenders; not only to those involved but also to the heart of G-d. The medium of the first is oil – the precious oil of anointing that is poured on the head of Aaron, the High Priest. Oil is smooth and soothing and a symbol of abundance and gladness, as we see in the beautiful verse in isaiah 61:3,

“To appoint unto them that mourn in Zion, to give them beauty for ashes,
the oil of joy for mourning, the garment of praise for the spirit of heaviness;
that they might be called trees of righteousness, the planting of the Lord,
that He might be glorified.”

The connection with Aaron is fitting in this context, for he became known as Rodef Shalom, the one who pursued peace between brothers. Whenever he became aware of strife between two people he would caringly intervene and do what he could to settle any argument; to put things right and promote unity. This extends to a wider picture of all Israel as the oil trickles down his beard and reaches the collar of his robe. From there it would touch the shoulder straps and the breastplate he wore that carried precious stones engraved with the names of the twelve tribes of Israel. The stones were united as one and he would carry them over his heart into G-d’s Presence when he performed his service in the Holy Place of the Temple.

The second simile, “…like the dew of Hermon that comes down upon the mountain of Zion,” intimates the downward movement of the precipitation of moisture that is supplied through the provision of G-d.  In the hot, dry climate of Israel, rain and the provision of life-giving water is a great blessing. The origin of blessing is thus from “on High.” Rain, snow and dew collect on Mount Hermon in the north and move down or flow to Mount Zion, which is on the same central mountain range through the heartland of Israel. In Psalm 132 we were reminded that Zion was chosen by G-d as His eternal dwelling place. His desire always is for His House to be a place of Shalom Bayit, of pleasant harmony and unity. And from there His blessings of anointing and life, of joy and refreshing, will flow forth.

In the context of the Temple, this picture brings to mind the ceremonial climax of the Feast of Tabernacles in the Fall. The High Priest would collect water in a golden jug from the Pool of Siloam and in joyful procession bring it up to the Temple. There, he would pour it on the Altar of Sacrifice in gratitude for the blessing of life that came from Above and in trust, at the end of a long, dry summer, for the winter rains to come. Prophetically, we are told by the prophet Zechariah in connection with the Coming Day of the Lord: “Then, everyone who survives of all the nations that have come against Jerusalem shall go up year after year to worship the King, the Lord of hosts, and to keep the Feast of Booths/Tabernacles. And if any of the families of the earth do not go up to Jerusalem to worship the King, the Lord of hosts, there will be no rain on them.” Again we see the relevance of man’s actions and G-d’s response.

For from there, from Jerusalem in Zion, His chosen and eternal dwelling place; in the good and pleasant unity personified by Aaron and brought to fullness in our great High Priest Yeshua, who constantly intercedes on our behalf before our Father’s Throne of Grace and Mercy on High, He commands the eternal blessing of life forevermore.