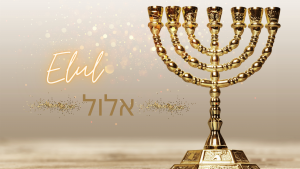 For the next seven months we will be taking a closer look at the seven core attributes or character traits, and will be making a connection with a biblical character and one of the seven colors!

As human beings created in the image of God we are designed to reflect His attributes. Just as He created the world with ten utterances there are in fact ten basic attributes. The first three are Chochma – wisdom, the ability to absorb knowledge; Bina – the ability to deeply understand that knowledge; and Da’at – knowing how to apply both the knowledge and the understanding in our lives. They are the inner attributes that form our thoughts and help us communicate with God and with others.

The remaining seven are expressed physically and are the middot (character traits) through which we interact with the outside world. Our inner thoughts are reflected in our outward behavior. These are time related – reflecting the seven days in which the world was created, illustrating the importance of time and our functioning within the bounds of time and space. Our aim is to reflect the traits of our Father God. For example, as He is kind and merciful, so should we be kind and merciful. When we emulate Him we are shining His image and holiness into the world, bringing light and healing.

The trait for Elul is chessed – חסד– lovingkindness or benevolence and our forefather Avraham was the embodiment of this trait. The color associated with chessed is blue.

Each color evokes its own particular spectrum of association and feeling. White, for example, is associated with purity and innocence. It also is associated with light. The most gentle light that shines upon the earth is white moonlight. Sir Isaac Newton, in the 1600’s, first demonstrated scientifically that color was intrinsically present within light. In other words, the source of color is light. Also of interest, he found a clear parallel between the seven colors of light and the seven note scale of music. Rabbi Avraham Arieh Trugman, in his book The Mystical Nature of Light comments:“At their most common denominator both music and light are actually vibrations and possess an internal structure of seven.

We also will be exploring the colors of the rainbow. With its equal bands of vibrant color, the rainbow is a beautiful symbol of unity. Interestingly, the Hebrew word for color is tzeva, which is closely related to the word sheva, meaning seven. We see the two words connected and portrayed in the seven colors of the rainbow. As we saw at the time of Noah, the rainbow is a connection between heaven and earth – the natural and the supernatural. A rainbow is a sign from the One who is our Source that encourages us to look up! We often take the miracles of nature for granted, but the next time we see a rainbow let us remember that it is a reflection of the light and glory of God.

Chessed expresses the unlimited love and kindness with which God blesses us and all Creation. Giving and blessing others is a way we express chessed. As with every facet of our character, we need to strengthen the weaker aspects and reinforce the stronger ones. Firstly, we need to foster awareness of them.

One of the noted sages of Israel used to say: “The world stands on three things, on the Torah, on Avodah (service to God) and on Gemillut Chassadim  (Kind deeds).” (Pirkei Avot 1:2) Our intellect (knowledge and understanding) corresponds to the Torah, worship and service of God corresponds with our neshama (soul and spirit), and kind, loving deeds with our physical actions.

Chessed and next month’s characteristic Gevurah – discipline and strength, are paired as attributes that balance one another. Love is ethereal; it’s immeasurable and unlimited, it is compared with water that is free flowing. Without a vessel to contain it, like water in a glass or a river with banks, it would run and splash everywhere. Love needs to be tempered with boundaries and discipline in order to remain contained and true.  We can recall the days of Noah, when mankind only did what was right in its own eyes and immorality and violence were rampant; a flood of evil filled the earth. God’s response was with water – a flood that would wash the earth clean like a giant mikvah.

Unbounded love, for example in marital or parent-child relationships, can suffocate the other or spoil children. Extreme discipline, on the other hand, can result in micro-managing the other and cause withdrawal, and distancing or rebellion in children. There are two ways of disciplining – with harshness or compassion, with a slap or a caress. One needs to discern and decide which is necessary in every situation. It is good to keep in mind, however, what a wise person once said: “Harsh words may sometimes be necessary, but God never called them good. When He sees His children heal one another with caring and kindness, then He shines His smile of blessing upon us.”

Avraham expressed his cognitive understanding in living action by emulating our Father’s Divine quality of Chessed. He was the first to understand that all are created in the image of God and he gave kindness, indiscriminately and unconditionally, and exhibited true regard for every human being.

The poet Goethe said that blue is a color that draws us after it into the distance. Think of wide horizons and the shimmering expanses of lakes and seas. The clear blue of the sky is a perfect covering for the earth. However, while blue seems to echo the infinite, it also carries suggestions of sadness and surprise. For example, we know the expression, “I have the blues,” expressed in the haunting melodies rendered in the music of the Blues. And we have expressions denoting surprise. Something happens “out of the blue” or very rarely, “once in a blue moon!”

Blue somehow also connects us with our Source and the throne and majesty of God. His throne is described in the awe inspiring account given by the prophet Ezekiel:

The beautiful blue sapphire stone also is described in this amazing account in Exodus:

Then Moses and Aaron, Nadab, and Abihu, and seventy of the elders of Israel went up, and they saw the God of Israel. There was under his feet as it were a pavement of sapphire stone, like the very heaven for clearness. (24:9-10)

THE TABERNACLE AND TZITZIT

As we saw, the color blue, also called techelet in Hebrew, is reminiscent of the Throne and the glory of God, of an almost tangible expression of the Divine Presence. Blue is a color that connects the physical and spiritual realms. It was one of the primary colors in the High Priest’s garments, called Garments of Glory, and in the curtains separating the Holy of Holies from the Holy Place in the Tabernacle.

Interestingly, the golden pieces of furniture in the HolyPlace, and the Ark itself, had to be completely covered with coverings of blue before they could be lifted and carried when the Israelite camp moved. Since gold is specifically characterized as good, it is deemed the holiest color.

Blue, however, is a primary color of connection between man and God as we see illustrated in the tzitzit – the fringes on the corners of a man’s tallit (prayer shawl) and tallit katan (the cotton vest worn under his shirt).

The High Priest’s main robe was made of blue fabric and, in order that every man should feel as holy and regarded in His eyes, God instructed that a thread of blue (ptil techelet) be woven into the fringes on the corners of his garments. Whenever he saw them, he would be reminded of this connection of love with his Father in Heaven and of His Word and commandments, in order to walk in His ways. (Numbers15:37 – 16:2)

During this month of Elul, may we walk, like our father Avraham, in chessed – loving kindness, intimately connected with our Father in Heaven. As Elul also is a time of reflection and repentance, I think it is fitting to close with an excerpt from Alden Solovy’s poem : God’s Plan – An Introspection

If God’s plan followed my plan

I would not have learned to grieve or cherish,

To hope or surrender,

To be broken and still be whole.

What, then, keeps me locked in fear

In dread of yielding to Your great works,

What yearning of self –

Release me from my judgments and designs.

Open my heart to You fully,

Cast out my doubts and shames,

So I may receive Your wisdom and strength.

God of all being,

Make my limbs Your tools and

My voice Your messenger,

Make my heart Your tabernacle,

A dwelling place of holiness