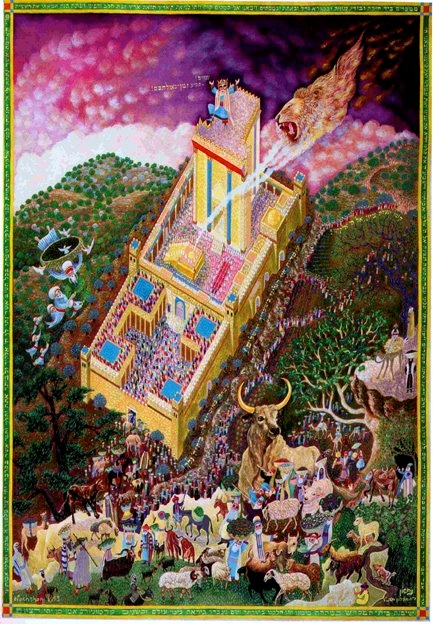 Since the time of the Holy Temple in Jerusalem, the Psalms have been an inspiration and a source of delight and comfort, as well as a spiritual challenge, to all who read them. The great central subjects of the Book of Psalms are God, Man, Sin and Revelation.

All, however, are centred on the praises of God in His transcendence as well as His imminence. The Almighty who is seated in glorious radiance upon His heavenly throne and surrounded by angelic hosts who constantly worship and sing, “Holy, Holy, Holy!”, is the God who also dwells with the humble of spirit, is the provider of all needs, the protector of the weak, and who is faithful to answer ‘all who call upon Him in truth’ (Psalm 145:18). 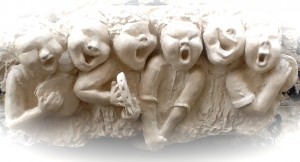 The Hebrew name for the Book of Psalms is Sefer Tehillim. Tehillah means praise, so it also can be called the Book of Praises. The Aramaic term is zimra, from which we derive the term zemirot – special songs sung on Shabbat. In the Septuagint, the term was translated into Greek as psalmos – hence, the English word psalms. Both in Hebrew and Greek the term essentially means to play instrumental music and to sing to musical accompaniment. The majority of Psalms were composed to be sung by the choir of Levites and the  assembly of worshippers in the Temple in Jerusalem. They were an important feature of Temple liturgy and specific psalms were associated with each day of the week and with each of the Festivals.

According to the subject matter, the Psalms can be categorized under three main headings:  1. Praise  2. Supplication  3. Ethics

1. PRAISE   Themes of praise predominate the Psalms, such as:

i) extolling God for His goodness and His mercy that is faithfully extended to Israel, to the nations, and to all His creatures
ii) His vindication of the righteous and of the weak and vulnerable when persecuted or taken advantage of by the wicked
iii) His majesty and might as Creator and Ruler of all the Universe and mankind
iv) His selection and annointing of David and his line to be enthroned in Israel
v) praise of Zion and Jerusalem, chosen by God as His dwelling place on earth
vi) praise of the Torah, which contains and is the foundation of His revealed will and
vii) the Messianic hope, which heralds the advent of the King of kings to judge the world and which will result in universal rejoicing when the knowledge of God fills all the earth.

Numerous psalms express both individual suffering and the suffering of Israel as a people. In accord with the concept that certain personal suffering and national calamity can be related to sin, earnest repentance and pleas for pardon are recorded. Supplications for relief from distress and easing of pain also are raised before the Throne of grace. 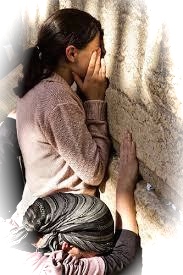 More than the beautiful musical and literary compositions that they are, many psalms also are of a didactic, or instructive nature.  They address:
i) the moral and ethical way of living
ii) remaining faithful to God’s values in an ungodly culture or under oppression
iii) the doubts created in the face of the triumph of evildoers
iv) the personal struggle to gain mastery over temptation to sin and
v) victory over despair through unwavering faith in the goodness and love of God.

The value of song and the importance and art of songwriting, which includes poetry, is central to Biblical literature and Jewish culture.
Examples in Scripture are: the Song at the Red Sea (Exodus 15), the Song of Deborah (Judges 5), David’s lament over the death of Saul and Jonathan (1 Samuel 1:19), and Jude 24-25.

“Come bless the LORD, all you servants of the Lord, who stand by night in the House of the LORD. Lift up your hands to the Holy Place and bless the LORD!

May the LORD bless you from Zion , He who made heaven and earth.” 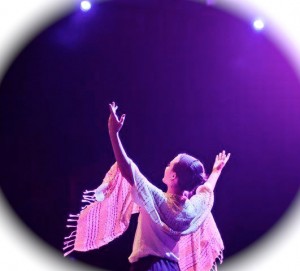