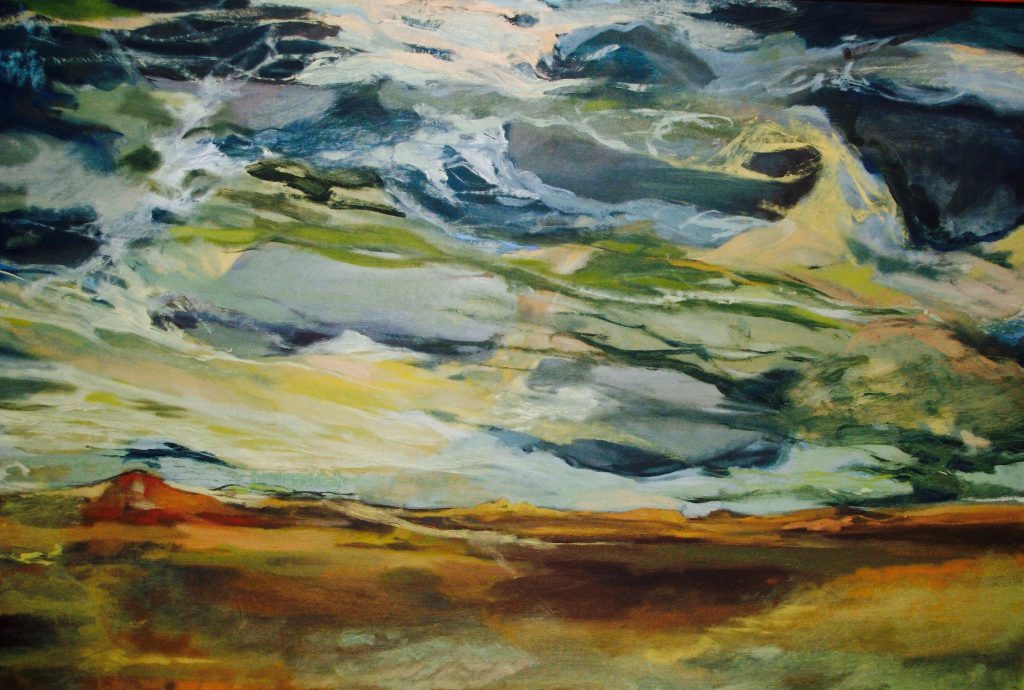 May it be Your will, O Lord, our God and the God of our forefathers, that You inaugurate this month of Cheshvan upon us for goodness and for blessing.

May You give us long life,

a life of peace – Shalom,

a life of goodness – Tovah

a life of blessing – Bracha

a life of sustenance – Parnassa

a life of wealth and honor – Osher ve’Kavod

a life in which Adonai, the Lord, fulfills our heartfelt requests for good.

The cycle of the moon, with its waxing and waning, is symbolic of renewal. It is a constant illustration of the fact that, as we journey through life, we too continually experience phases of growth and decline, prominence and hiddenness. Every day, week, month and year are opportunities for new beginnings. Biblically, the number 7 indicates completion – the Shabbat crowns and completes the week. The number 8, as in the eigth day, indicates a new beginning in a special way and is seen by the Sages as representing Olam HaBa,  (the World to Come or Eternity) once Olam HaZeh, this world, has reached its completion.

It is also worthy of note that the observance of Rosh Chodesh was the first commandment given to Israel as a newly formed nation (Exodus 12:2). Israel thus has a special, God ordained, identification with the moon. It serves as a reminder that Israel’s glory may fade and seemingly disappear but the nation will always re-emerge and grow to fullness, as does the moon.  For Israel, and those who stand with her – particularly at this time of God’s restoration of the nation and the violent attempts of the enemy to prevent it –  the blessing of the New Moon is an event of inspiration and importance.

After the Exodus from Egypt, the verse that references the first month set in place by God to mark the deliverance from Egypt reads,

“This month shall mark for you the beginning of months; it shall be the first month of the year for you.”

Notice that He says it is for you! The months are set in place for our benefit. It is as though our Father has stored a gift for us at the start of each new month – a fresh opportunity of renewal –  to strengthen ourselves in our relationship with Him and in our service to Him.

A connection is made between Rosh Chodesh and the festivals in all three sections of the Hebrew Scriptures – the Torah, the Prophets and the Writings [the Tanakh – Torah, Nevi’im and Ketuvim].

“On the first day [New Moon] of the seventh month [Tishrei – Rosh HaShanah] you shall have a holy convocation; you shall not work at your occupations. It is a day for you to blow the trumpets…”

“From New Moon to New Moon, and from Sabbath to Sabbath, all flesh shall come to worship before me”, says the Lord.

“I am now about to build a house for the name of the Lord my God and dedicate it to him for offering fragrant incense before him, and for the regular offering of the rows of bread, and for burnt offerings morning and evening, on the Sabbaths and the New Moons and the Appointed Festivals of the Lord our God, as ordained forever for Israel.”

The main differences between Rosh Chodesh and the Festivals are:

The Tribe of Menashe.

“According to the order of the encampments, Tishrei corresponds to Ephraim and Marcheshvan [Cheshvan] to Menashe [Manasseh]…”

In his writings, Rabbi Soloveitchik also describes the character of a person, whom he calls an Ish Rosh Chodesh – one who embodies the nature of Rosh Chodesh; one who knows how to combine holiness, especially hidden holiness, with the outwardly mundane. He notes that the first person to embody this synthesis was Yosef Ha’Tzaddik – the Righteous Joseph.

Joseph was a ruler in Egypt, adept in worldly matters of government, and he was holy and upright, imbued with knowledge of the God of Israel and His ways. Joseph’s inner purpose was to do the will of God in every circumstance, whether he was in a prison or a palace. As a result, all his actions were holy and to the glory of God.

Joseph loved his sons, Manasseh the firstborn and Ephraim the younger. He was surprised when his father Jacob, as he was bestowing his final blessing upon them, placed his right hand on Ephraim’s head and his left on Manasseh.

Yad ha’Yamin, the right hand, is of great significance in the Hebrew Scriptures.

Why did Jacob favor Ephraim over Manasseh? Jewish sages comment that both sons were of sterling character and were great leaders. However, Ephraim, like his grandfather Jacob in his youth, was more inclined to “remain in the tents” and study the teachings of God, while Manasseh (who, as firstborn, no doubt accompanied his father and learnt of matters of governance) excelled in worldly, communal matters. Jacob was indicating that spiritual service to God came before material service to one’s fellow man.

The ideal is to combine the two, as did their father Joseph. No doubt, as they grew older and more experienced in the leadership they were given over a tribe of Israel, each young man would become an Ish Rosh Chodesh like Joseph. To this end, parents bless their sons on Shabbat to be like Ephraim, one who excels in the study of the Word of God and walks in His ways, and also like Manasseh, one who enjoys success in business and worldly matters.

In many ways, the Righteous Joseph is a forerunner of the Messiah, the Anointed one to come – Yeshua, the fully righteous one, in whom was found no sin and who lived only to do the will of his Father in Heaven.

“Let Your hand be upon the one at Your right hand, the one whom You made strong for Yourself” (Psalm 80:17).

He is the Lamb who was slain, who is worthy to receive the scroll with its seven seals from the right hand of the Father (Revelation 5). And the myriads around the Throne sing,

“Worthy is the Lamb that was slain to receive power and wealth and wisdom and might and honor and glory and blessing!”

Then I heard every creature in heaven and on earth and under the earth and in the sea, and all that is in them, singing, “To the One seated on the Throne, and to the Lamb, be blessing and honor and glory and might, forever and ever!” (5:11-12)