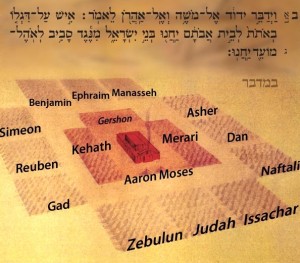 May it be Your will, O Lord, our God and the God of our forefathers, that You inaugurate this month of Tammuz upon us for goodness and for blessing.

May You give us long life, a life of peace – Shalom,

a life of goodness – Tovah, a life of blessing – Bracha

a life of sustenance – Parnassa, a life of physical health – Hilutz Atzamot

a life of sufficient wealth and honor – Osher ve’Kavod

a life in which Adonai, the LORD, fulfills our heartfelt requests for good.

We read in the first verses of the book of the prophet Ezekiel that it was on the fifth day of this month that Ezekiel, then exiled with his people in Babylon, received his mysterious and glorious vision of the Third Temple that would again house the glory of God on earth.  We may wonder why he received this vision in Tammuz, a month of disaster, when the walls of Jerusalem were breached, a prelude to the destruction of the existing Holy Temple and the city being razed to the ground.  An answer may be that the Holy One chooses to send compassion to the people at the time of their pain, an assurance of His Presence with them in the season they were exiled. Tammuz thus contains both suffering and its remedy, chessed – lovingkindness.

Historically, the Jewish people experienced many further tragedies during this month and in particular the three weeks of the month called “Bein HaMitzerim” – In the Narrow Places or Dire Straits. This time is demarcated as a time of semi-mourning in remembrance of the suffering, and to learn from it the lessons which strengthen us in the sufferings we inevitably face during our journey on earth. Tammuz thus brings together loss (and all loss contains – grief, anger, pain… brokeness) and the quality of chessed, with it’s potential for healing, restoration, and grateful rejoicing.

The book of Ezekiel  is especially noted for showing God’s saving purposes in the history of the world and His future work in history.  Therefore, this month is a perfect time to ask the question, “How does God’s faithful loving-kindness play a saving purpose in the world and how can I partner with Him in His healing and redemptive work?”

The tribes of Israel journeyed through the wilderness in a specific formation. When they camped, the Tabernacle was erected in the center with the priestly tribe of Levi situated around it. The other tribes were divided into four groups of three that encamped on each side. As we have seen, when examining the order of the tribes in connection with the twelve months of the year, the group that led the formation each time they set out was comprised of Judah, Issachar and Zebulon. They were situated on the East side of the Tabernacle. The next group, to the South, is made up of Reuben, corresponding with Tammuz, this month, and Shimon (next month, Av) and Gad (the month of Elul). 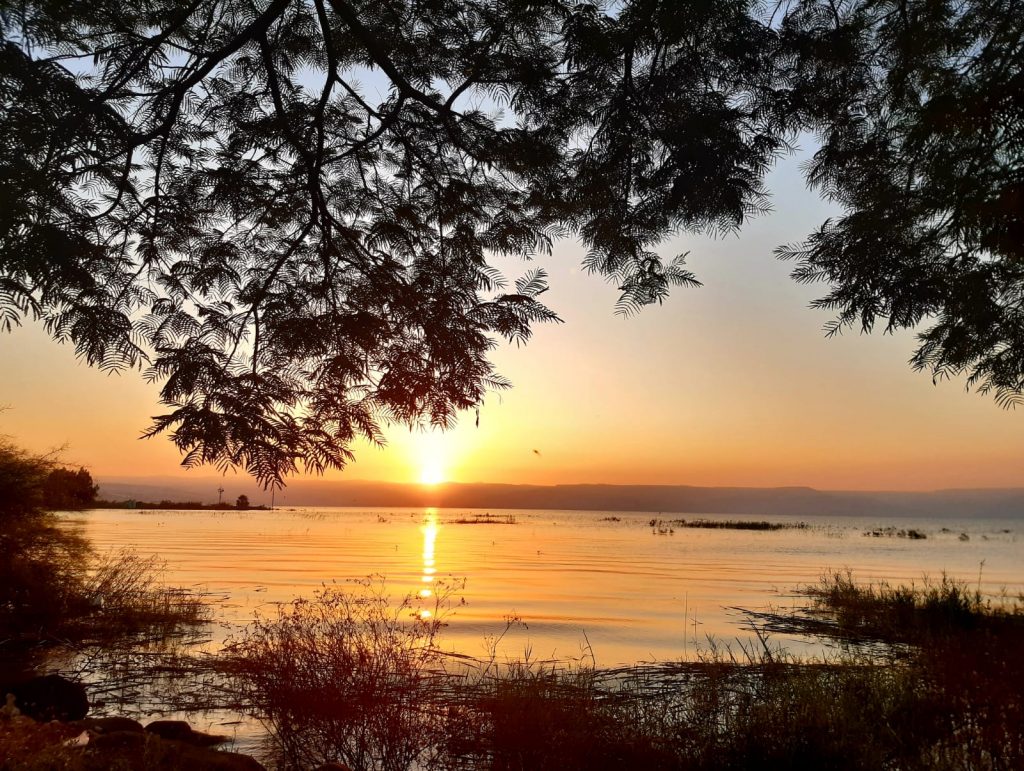 Sunrise over the Sea of Galilee – Joanne Gosselin

The emblem on the standard of the tribe of Reuben is depicted as mandrakes or the rising sun. The latter possibly signifies that he was the first-born, and with him the family and ultimately the tribes of Israel had their beginning. The rising sun is also a sign of Redemption; the dawn of new life, restoration and beauty. The matriarch Leah named her first son Reuven, which means “See, a son!” She describes her reason for choosing this name: “Because God has seen my humiliation” (Genesis 29:32). Leah was painfully aware that she was Jacob’s wife through the deceptive manipulation of her father, and that Jacob’s true love was her sister Rachel, now his second wife. Leah is the first to conceive and bear a son, and she sees this as a vindication and a gift from God. He had seen her distress and had honored her with Jacob’s first-born. Rabbinic literature thus associates the month of Tammuz with the sense of sight, or vision (re’iyah).

Leah’s second son, Shimon, is so named: “Because God has heard (she’miyah) that I am unloved” (Gen. 29:33). Thus, the month of Av that follows Tammuz is associated with the sense of hearing.

The two older brothers, Reuben and Simon, fathered strong and influential tribes. Once they had arrived at its borders, Moses sent a leader from each tribe to spy out the Promised Land. The representatives from Reuben and Simon are listed first; before Caleb, who is third on the list and Joshua, who is fifth. The twelve spies were in Canaan for forty days, including the month of Tammuz. Regrettably, they sinned through their sense of sight as they viewed everything negatively and then carried a distorted vision of the Land back to the waiting Israelites. As the leader, Reuben’s representative was undoubtedly a large influence in this perversion of vision.

A Torah portion read during Tammuz  is Chukkat (Num. 19:1-22:1), where we find the dramatic incident of the invasion of poisonous snakes into the camp. It appears that this is a response to the ongoing complaints of the Israelites to Moses regarding their boring diet of manna and the lack of water. Offering an antidote to the snakebites, God instructs Moses to make “… a fiery [serpent] and place it on a pole, and it will be that anyone who was bitten will look at it and live” (Num. 21:8).

We know that God does not use magic charms, rather, as the dying people would need to consciously raise their eyes to look at the serpent, it would trigger a process of interpretation in their minds that should lead to repentance. They would see a representation of the cause of their pain and impending death and should realize that it was a consequence of their sin of ingratitude towards God. He had been guarding them all along and now had removed His hand of protection. They owed Him their very lives. They had lost sight of the fact that He protected them and provided for their needs day after day, and they had become bitter and complaining. Now, in His mercy, they had the opportunity to “see” and repent! 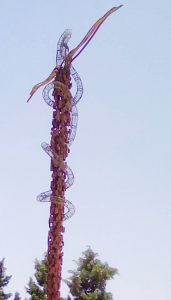 We learn from these accounts that what we see with our “mind’s eye” is even more important than our physical vision. The understanding of our heart is far deeper and will affect all we see with our eyes. It is our inner vision that directs us to pursue the things of God rather than to stray after the worldly pursuits and pleasures designed to attract the eye!

The strongest “antidote” to the poisonous effects of the sinful and ungodly ways of the world is God’s Word, given for that purpose. May our eyes constantly be occupied with the treasure of His Torah of Truth and Life; and may our hearts continually be filled with unbounded gratitude and praise to our Father in heaven for the good and bountiful gifts He bestows.