Science takes things apart to see how they work. Religion puts things together to see what they mean. Neither is dispensable. Both, together, constitute a full expression of our humanity. They are as different and as necessary as the twin hemispheres of the brain.

Greece and Israel in antiquity offer us the sharpest possible contrast between a strongly left-brain [whose script reads from left to right] and a strongly right-brain culture [whose script reads from right to left]. Their cognitive styles were different, just as their alphabets were written in opposite directions. The Greeks worshipped human reason, the Jews Divine revelation. The Greeks gave the West its philosophy and science. The Jews, obliquely, gave it its prophets and religious faith.

No value judgment is implied. Ultimately, it is the difference between impersonal and personal knowledge, between understanding things and understanding people. 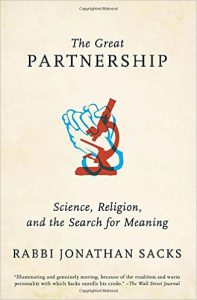 2 thoughts on “THE GREAT PARTNERSHIP – In Two Minds”