In Tevet, “Bare branches wait for sun to touch them, and trees wait for sap to begin to rise. Animals and humans dream, waiting for the sun’s power to increase. The seedling waits in the earth for the nourishment of light. In time the shoot will develop branches and buds; birds and insects will live in it and feed from it. Yet for now, it is warmed by a blanket of earth or a blanket of snow. It sleeps, and wakes slowly.” [1] 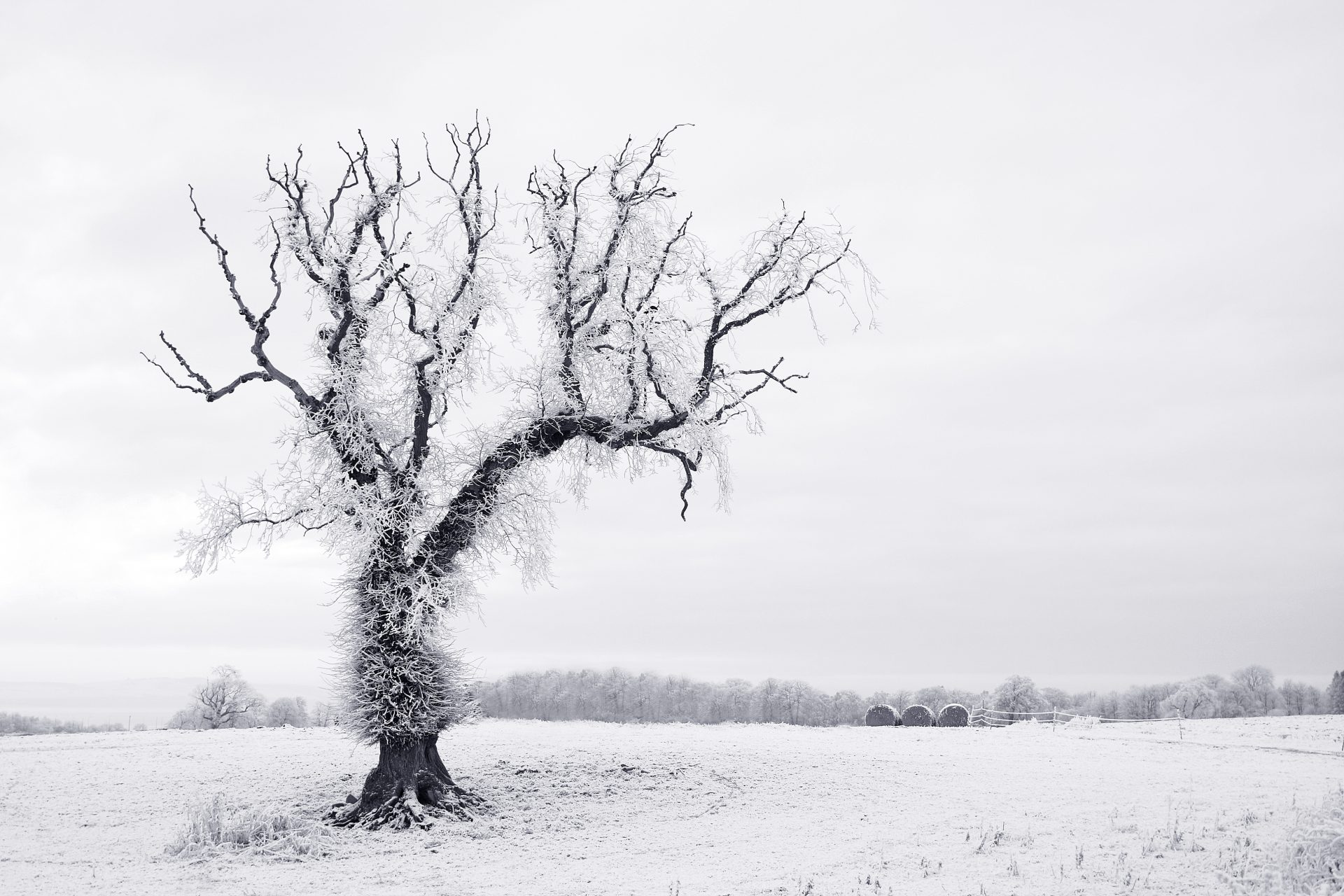 THE HIDDEN GOODNESS OF TEVET

In the northern hemisphere winter’s bleakness has set in. The trees are bare, the landscape stark, and the sun seems to sleep more than it is awake. There’s a chill that  fills the air and, for many of us, seems to take up residence in our bones. But at this cold, dark time, when all we can see is the hidden face of the moon, the glorious blaze of the Hanukkah lights usher in the month of Tevet. 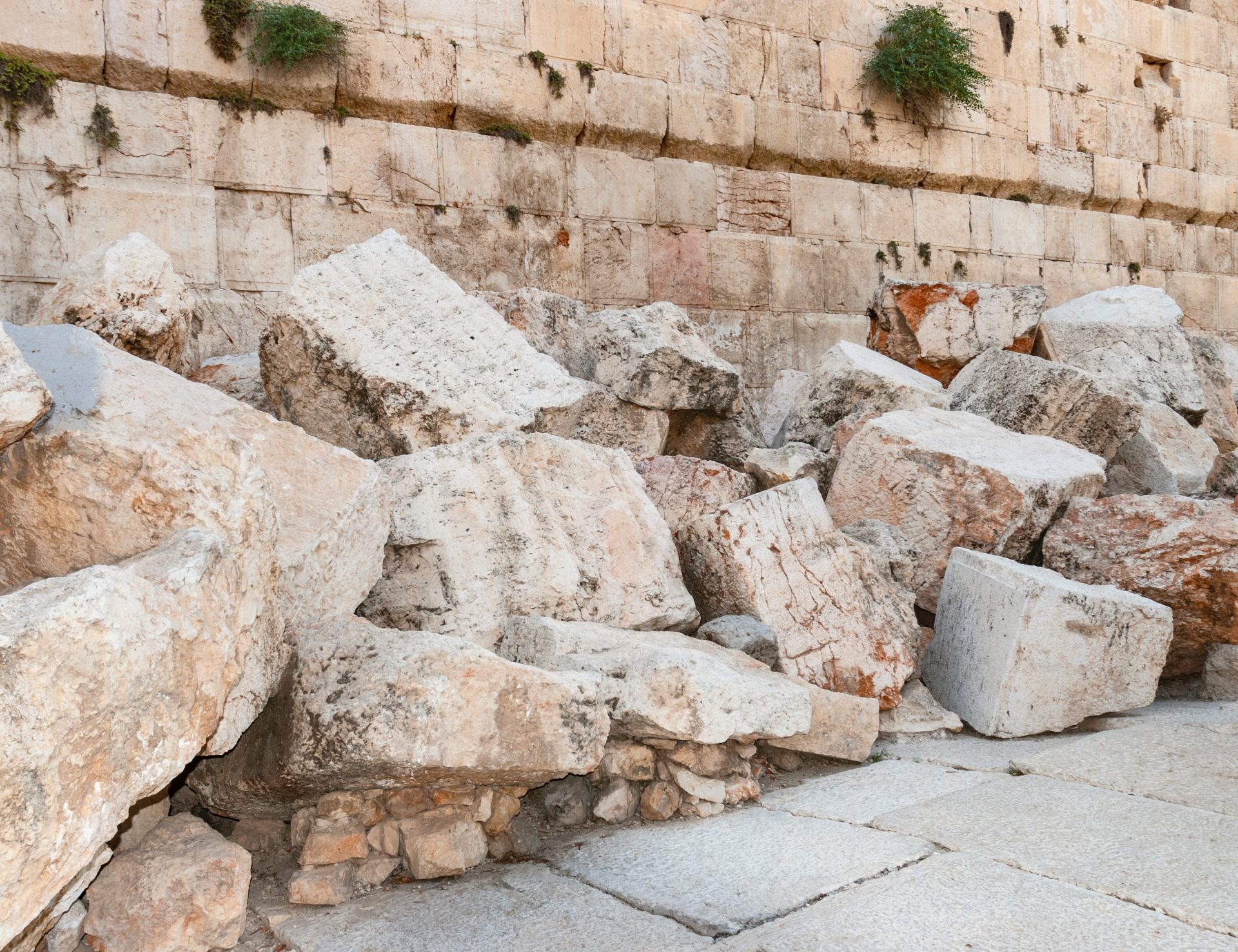 Tevet is a month that commemorates tragedy and loss:

1. The 8th of Tevet traditionally is marked as the date when the Septuagint [2] was completed. While Jewish tradition teaches that this was indeed miraculous, the Talmud also states that upon its completion darkness descended upon the world for three days.

Like the sun lost behind the pall of darkness, the brilliance of the Torah had become eclipsed to all those who would now depend upon its rendering in a foreign language, with all its levels of depth and meaning lost. The Torah had become “like a lion in cage,” no longer the king of the beasts striking fear into all who heard its roar, now behind bars and stripped of its freedom and power; so too had the Septuagint reduced the Torah to just another cultural document. [3]

2. According to Jewish Code of Law, the 9th of Tevet marks “troubles that occurred on that day that are no longer known to us.” Rabbinic tradition records that the 9th of Tevet is Simon Peter’s Yahrzeit. [4]

3. The 10th of Tevet commemorates the Siege of Jerusalem by Nebuchadnezzar (2 Kings 25) a siege that led to the destruction of the Temple and the 70 year Babylonian Exile. 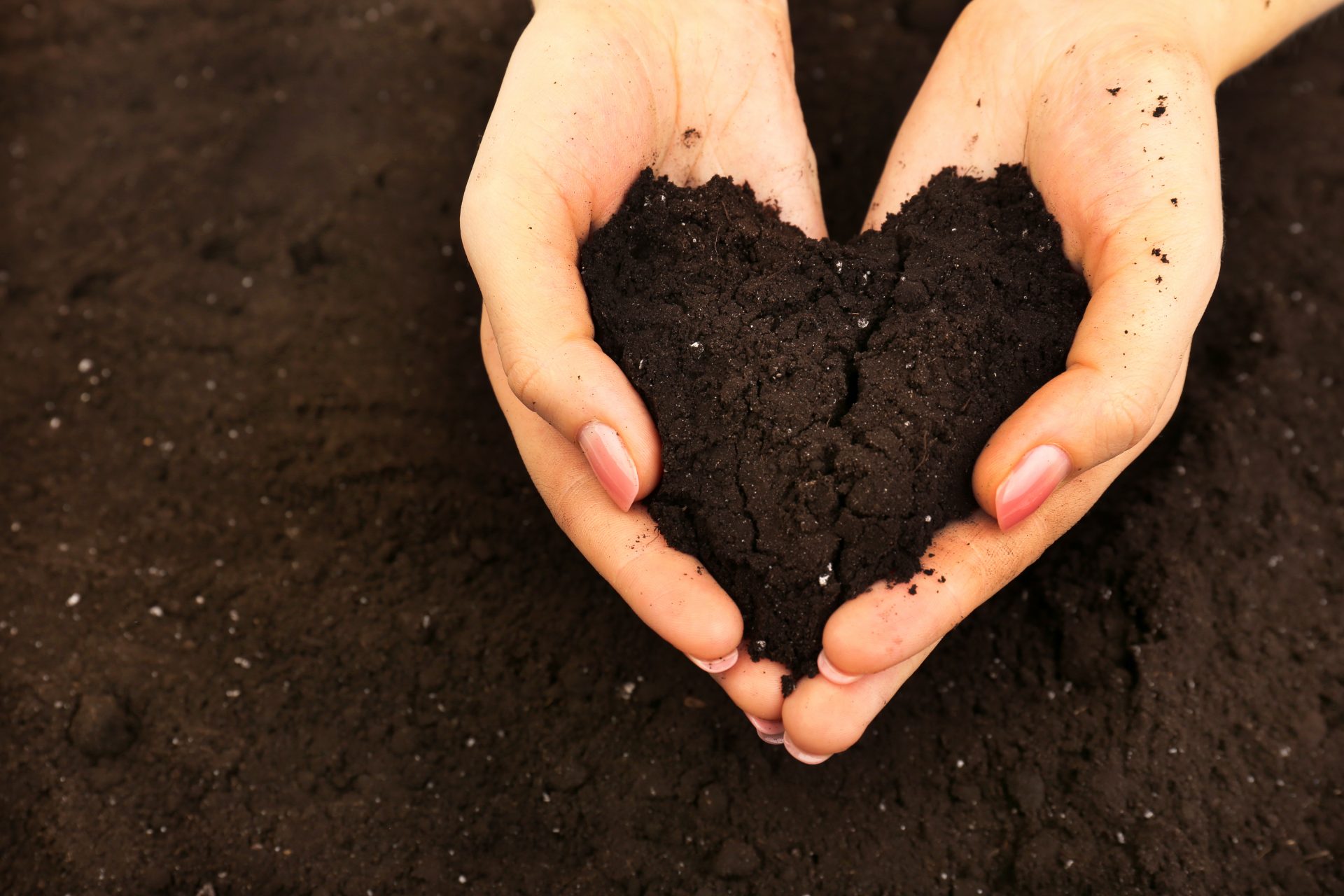 Yet Tevet, brush stroked with the cold and harshness of winter and marked by tragedy and loss, shares a root with the Hebrew word tov – good.

We often label light as good and dark as evil. But both light and dark can blind as well improve our ability to see, both can kill as well as sustain life. [5] The fertile soil of Tevet reminds us that there are times we must grow through the dark. Plants need the darkness of the soil as much as they need the warmth of the sun. Actually most seeds germinate best under dark conditions.

Tevet also teaches us that G-d is the G-d of light as well as dark, “And the people stood at a distance and Moses approached the heavy darkness where G-d was.” (Exodus 20:21).

The hidden goodness of Tevet can be revealed in a beautiful Rabbinic saying, “Before the Holy One, Blessed be He, inflicts the wound He prepares the remedy.” Baruch HaShem! I’ve been listening to a series on the book of Hebrews by Daniel Lancaster. He reminds us that the book was written around 60 AD, ten years before the destruction of the Temple, just before the night of the exile was about to begin (70AD).

“Before the Holy One, Blessed be He, inflicts the wound, He provides the remedy.” Before the darkness, the struggle, the uncertainty and doubts, our Abba in His chesed (loving kindness and faithfulness) has provided the remedy. Planted in the dark soil of Tevet, our Abba has shone into our hearts the holy lights of Hanukkah. For eight nights we celebrated G-d’s light. We nightly acknowledged and gave thanks for the miracles and the great salvation He gave to us in Yeshua – the Heavenly Shamash.

As believers we know it is going to get darker before it gets light. But like a shoot that must struggle its way out of the earth, we too struggle but with hearts filled with a Holy Light, a Light that has prepared us before the struggle. A Light that flickers with hope and holiness.

Always our Messiah draws our hearts to the Father. And with Jeremiah he reminds us of our Father’s promise of newness and hope.

“Behold, days are coming,” declares the Lord, “when the city will be rebuilt for the Lord from the Tower of Hananel to the Corner Gate. The measuring line will go out farther straight ahead to the hill Gareb; then it will turn to Goah. And the whole valley … and all the fields as far as the brook Kidron, to the corner of the Horse Gate toward the east, shall be holy to the Lord;  it will not be plucked up or overthrown anymore forever” (Jeremiah 31:38-40).

On earth as it is in Heaven!

May it be soon Abba! 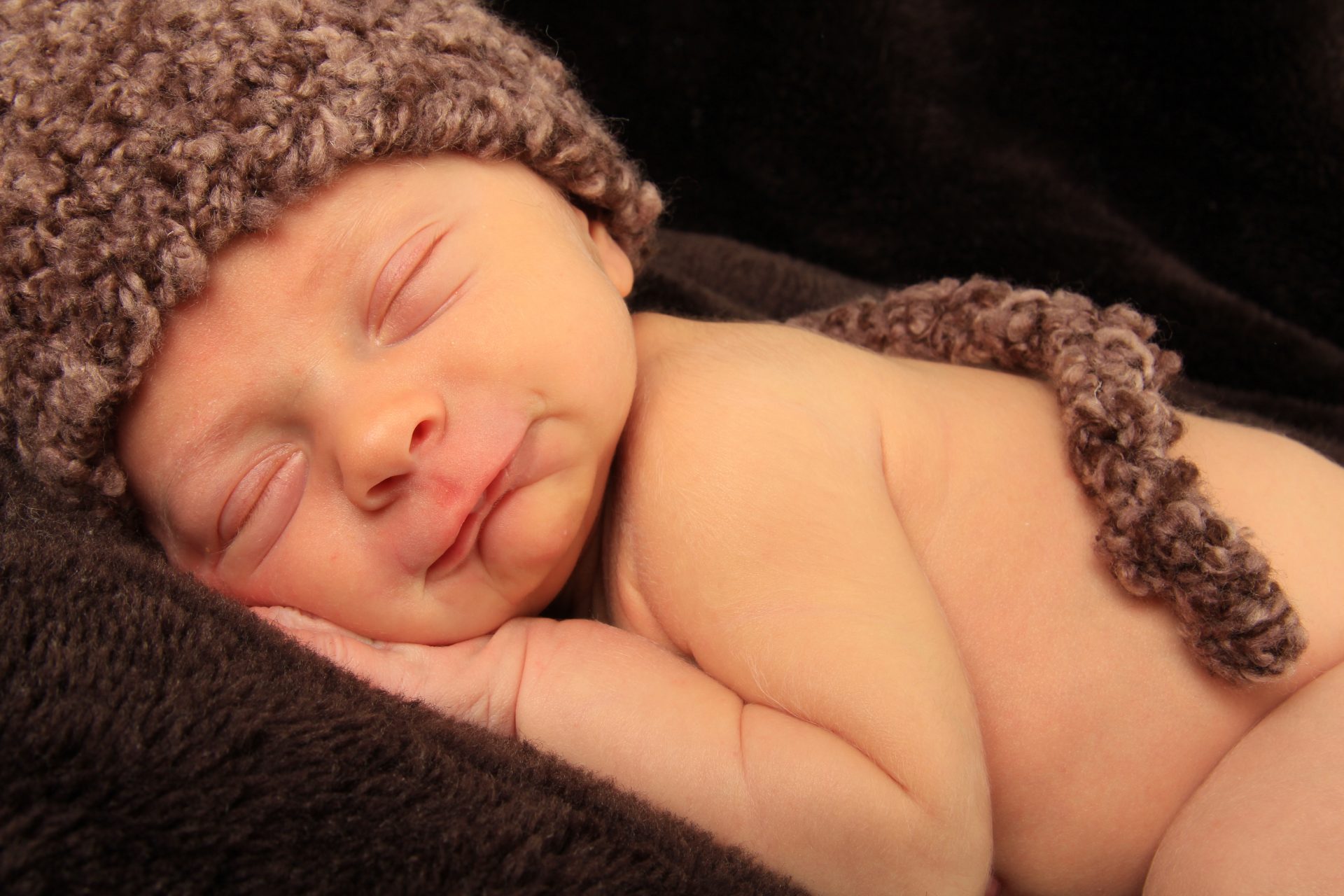 THE WOMB OF G-D

like the dark, rich soil of Tevet
is the womb of G-d
a sacred space
swollen in love
the birthplace of an always new creation

* The ancient Hebrew pictograph for rachem (רחם) draws a precious picture of our Abba’s love for us.  With the resh (ר) we see the head of a person, the chet (ח) a fence (illustrating protection), and with the closed mem (ם) a picture of a womb. The letter mem itself (מ) is connected to water and can also signify chaos.

Joined together these letters place one inside a womb – hidden, surrounded, and protected from chaos. A safe place where life springs forth. To live in G-d’s rachamim – mercy, His compassion and tender affection, is to live in His womb.

1. Jill Hammer, The Jewish Book of Days, Tevet
2. The ancient Greek translation of the Torah. Know also as LXX or ‘translation of the Seventy.’
3. Rabbi Yonason Goldson, The Septuagint, Jewish Word Review)
4. Rabbi Baruch Frankel Teomim on Orach Chaim, 580
5. Light – staring at the sun can cause blindness, the heat of the sun can kill a tender plant. Yet we all know light reveals what is often hidden in the dark. The light/energy of of the sun is necessary for most plants to produce their own food.
Dark – we are unable to see in absent of light and most plants without the energy of the sun would not be able to make their own food. Yet we all know how dark times often reveal things hidden in our hearts. Also darkness is necessary for the germination fo most seeds.

5 thoughts on “THE HIDDEN GOODNESS OF TEVET – Cindy Elliott”