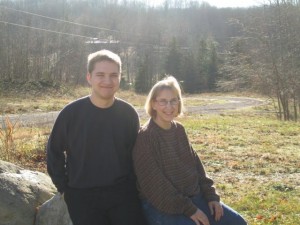 I have experienced many liminal spaces in my life. Sometimes I think those spaces are where I constantly dwell. However, one of the most difficult liminal spaces occurred when my 18-year-old son, my only child, was diagnosed with testicular cancer.

Even though we know that many people, including children, battle cancer, I believe we never really grasp that it can happen to us, to our child. Because of this, we can never fully prepare ourselves for the diagnosis and when we hear the word “cancer,” a shock, a numbness, a fearful horror sets in as we try to comprehend that this really is happening. To us. Our son has cancer.

It was a life-quaking space with many small tremors rippling through and shaking our safe world. In this liminal space, we moved from ignorance to knowledge about things we never wanted to learn.

We learned a new vocabulary filled with oncological terminology. We learned about chemotherapy drugs and anti-nausea medication, and which foods our son was able to eat.

We learned a new routine revolving around the Cancer Center instead of our home. We learned to survive on little sleep: My husband spent half his day with us at the Cancer Center and half at work. My son slept on the couch while I slept on the uncomfortable love seat nearby so I could hear my son if he called in the night. I also woke every four hours to give him his anti-nausea medication.

We learned to laugh and joke when we really felt like crying. Because of this, my son’s memory of the day his hair fell out in chunks is tinged with humor. “I can’t believe you actually said that my head looked like it had been eaten by moths, Mom!” he laughs. But we also learned that when we can’t laugh, it’s OK to cry. The greatest help to me was my friend who didn’t tell me what I was supposed to feel. Instead, she laughed with me when I laughed, she cried with me when I cried, and she worried with me when I worried.

We learned about God’s loving care through the love and support of countless friends, who gave us gift certificates to a local restaurant so we wouldn’t have to worry about fixing meals; who bought our son a Tablet to distract him while he was receiving chemotherapy; who bought or made him soft hats to keep his sensitive bald head warm; who sent pictures of themselves and their families and pets wearing goofy hates to cheer him; who entered the battle with us through prayer.

Unlike some, our son successfully won his battle with cancer. He is now cancer-free! However, our time in this liminal space left us changed. Like Jacob, we now walk with a limp. We never approach our son’s followup CT Scans and appointments with the same innocence that we once had. We now know that cancer can touch us—and having touched us once, it is possible that it can return. We always breathe a sigh of relief when we are told that everything is still clear.

After the cancer battle, we moved into the new liminal space of recovery. For friends and supporters, the cancer battle is won when the treatment ends, but we have learned that for those of us at ground zero, the battle continues as we work to rebuild what cancer tore down. My husband and I learned about Caregiver Burnout–the complete exhaustion that hit as soon as the treatment ended. We learned that soldiers aren’t the only ones who can suffer from PTSD—cancer patients and their families can also suffer from this normal response to an abnormal situation. Our son has had to work to process the emotions that accompanied the reality of “my own body tried to kill me.” He has had to learn to handle nightmares and the memories that are triggered when he sees anything that reminds him of cancer. He also has to deal with friends who think he is merely being unmotivated and lazy, not understanding that it takes time to recover and rebuild a life after cancer. Thankfully, he is recovering quickly.

Research has shown that many who were diagnosed with cancer as teens often struggle throughout their lives because it hits them just as they are moving into adulthood. Many never successfully hold a job or go to college. Our son was diagnosed with cancer at just such a time. He was working at his first job and in the middle of his first semester of college. He is now doing well at his job and planning to enter college soon—major accomplishments! Cancer touched his life and damaged him in some ways, but it also has left a new courage, compassion, wisdom, and maturity in its wake.

Again, we are entering a new liminal space, one that feels as if we are in the time when Winter is leaving but Spring has not yet fully emerged. As a family, we decided we needed a new start so we risked everything to move to five beautifully forested acres in an area in Northern Michigan where we had always longed to live. We went from life in a town to an area of great natural beauty and many new opportunities. Our son has renewed hope and is eager for life. My husband went from a difficult job to a new job he loves. I am also reaching a new season in my life as I attempt to start a new Etsy store to help us with our finances. We all declare we are happier now than we’ve ever been before.

I think liminal spaces sometimes take us through life-quakes that change the whole landscape of our lives and cause us to walk with a limp. However, life always returns. With life’s return, there is a new awareness of the ones that are dear to us, a new wisdom and maturity, a new willingness to seize each moment and to dare to reach for dreams. 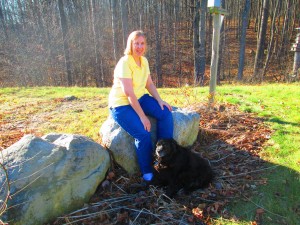 Teri, her husband Eric, son Jared, introverted dog, and six cuddly cats just moved to their new home on five enchanted forested acres in beautiful Northern Michigan. Teri writes about their lives in her WordPress blog called I Love To Go A Gardening. She is a gifted crocheter who sells handmade gifts from her Etsy store called Teric’s Treasures.