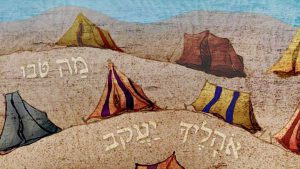 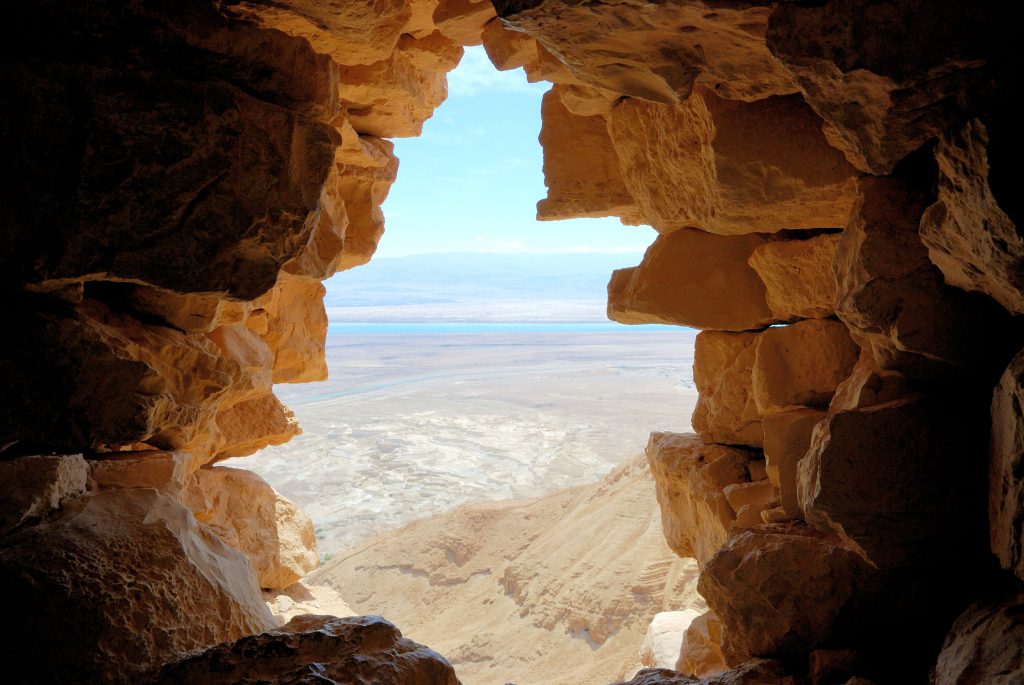 Here on the heights of Samaria, overlooking the shimmering northern expanse of the Dead Sea nestled at the foothills of the majestic mountains of Moab, time has stopped and past has become present. I feel as though I am standing on holy ground.

The landscape around me is barren; hills rocky and bare and the wilderness solitary.
Rocks cry out with sacred history and mountains still reverberate with the words of Israel’s prophets. In the deafening silence I can almost hear the footsteps of our forefathers, for here it was they shepherded their flocks, covenanted with G-d, and erected altars of worship. I am privy to living history.

Looking across the distance to Mount Nebo in Nachalat** Reuben I am reminded that,

“…when the most High divided to the nations their inheritance, when he separated the sons of Adam, he set the borders of the people according to the number of the children of Israel” (Deuteronomy 32:8).

I stand, humbled, at this ancient threshold to the Promised Land and, as if the scroll of history is rolled back, I behold with wonder….

Forty years of wandering have come to an end. Forty years of dreams, hopes and longings have brought the travel-weary Israelites to this G-d-appointed rendezvous. Just across the Jordan River from Jericho the Israelite camp has come to rest, according to its tribes. Their tents are spread out wide across the plains, and the surrounding peoples feel threatened. It has been a treacherous journey. Not only have they had to contend with the altercations of the Edomites, Canaanites and Amorites along the way, but now Balak, king of the Moabites has sent for the seer Balaam in order to curse the Israelite camp. But as the co-conspirators look down from the high places of Baal onto the tents of Jacob, Balaam prophesies: “The people shall dwell alone, and shall not be reckoned among the nations.”(Numbers 23:9) The spirit of G-d then comes upon him and he pronounces blessing in the place of cursing:

“How goodly are thy tents, O Jacob, and thy tabernacles, O Israel! Blessed is he that blesseth thee, and cursed is he that curseth thee.” (24:5, 9)

Here at the threshold of claiming their inheritance, the Israelites realize that crossing this border won’t come easily. They will need to conquer their psychological giants before they can conquer the physical. They are forced to face the conflict of imminent expectations versus the fear of disappointments; the ‘turning of the back’ on the past and ‘turning the face to’ the unknown. It is the time to ‘let go and press forward’.

There is a sense of apprehension and uncertainty in the camp as G-d tells Moses that, despite having led his people faithfully for forty years, he is to abdicate his leadership to Joshua who will lead them across the border into the Promised Land. There is a hush as Moses raises his hands and blesses the people, and takes the two tablets of the Law and places them within the Ark of the Covenant. Then he undertakes his last, and arguably his most difficult, mission and begins the ascent to Mount Nebo on the heights of Moab. There, from his final mountaintop, his eyes behold the Promise…the near-yet-so-far Land where his feet will never get to tread. There G-d confirms to him the covenant concerning the Land as Israel’s eternal possession. Lovingly, the Lord himself lays his servant, the one he “knew face to face,” to rest.

With the words of Moses still fresh in their memory, the Israelite encampment takes on the mantle of mourning. The dirge of weeping hovers over the plains for thirty days. When the days of lamentation are ended, Joshua and the tribes take leave of Shittim at the crack of dawn and come to lodge at the banks of the Jordan. Finally they are at the point of crossing. Filled with anticipation, the Promise within reach, Joshua tells the people to prepare to sanctify themselves, for in three days’ time: “The Lord will do wonders among you.” The third day arrives and the atmosphere is electrifying as the people prepare to cross the Jordan.

The Levites, bearing the Ark of the Covenant, lead the way and as the soles of their feet touch the waters of the Jordan an exclamation of wonder rises, for the waters are held back and all the people cross over on dry ground. This miracle needs to be remembered throughout their generations and Joshua chooses twelve men, one from each tribe, and tells them to retrieve twelve stones from the riverbed at the spot where the Levites’ feet had stood. They are then to place them on their shoulders and carry them to the place where they would camp that night. In the minds of the Israelites, this must hearken back to another miraculous crossing…that of the Reed Sea. It is the 10th day of the 1st month and the people encamp at Gilgal where they lay the twelve stones.

But in order to be a nation ‘set apart’ from the surrounding heathen nations, the Israelites must keep the covenant that binds them to G-d and the Land… they must be circumcised. Here at their first stop, Joshua makes sharp knives and all the uncircumcised males born during the wilderness journey are circumcised. “This day”, G-d says, “have I rolled away the reproach of Egypt from off you” (Joshua 5:9).  As the men heal, the people rest at Gilgal and prepare to keep their first Passover in the Land. There, on the 14th day of the 1st month, on the plains of Jericho as the sun sets behind the rolling hills of Judea and Samaria, they would remember and relive the Exodus from Egypt. On the morrow,  the manna would cease and they would begin to eat of the fruit of the Land.

Joshua, while walking near Jericho, is met by a man with a drawn sword who introduces himself as the captain of the Lord’s host. In yet another echo of his master Moses, he tells Joshua, “Loose thy shoes from off thy foot, for the place whereon thou standest is holy” (Joshua 5:15). He tells Joshua that Jericho is given into his hand and reveals the strategy. He is to take the men of war and encircle the city for six days. Seven priests with seven ram’s horns are to encircle Jericho seven times before sounding the shofars.

When this is accomplished, the shofars sound and their blowing rends the heavens. At the sound of the long, piercing shofar blast, the Israelite camp explodes with a deafening shout of praise! There is a rumble as the earth begins to tremble, then an earth-shattering crash as the walls come tumbling down. And there, amidst the shouts of praise and dust clouds of rubble,

“Joshua took the whole Land, according to all that the Lord said unto Moses; and Joshua gave it for an inheritance unto Israel according to their divisions by their tribes” (11:23).

And here I stand today, as part of the modern miracle, witness to the wonder of the Gateway into the Land and the evidence of G-d’s eternal covenant….”and there is hope in thine end, saith the Lord, that thy children shall come again to their own border” (Jeremiah 31:17 ). We have come home…to inherit.

The most difficult time in your life may be the border to your Promised Land. First you need to make the journey to the threshold to initiate change.  Waiting at the border requires patience. It is a vulnerable place where you are forced to face yourself, your fears and expectations, in order  to make a conscious choice to step into the waters of faith, “…being sure of what we hope for, being convinced of what we do not see” (Hebrews 11:1). You can choose to see the giants in the land, or the Promise.

Crossing means leaving behind your ‘Egypt;’ turning your back on the past and your face to the yonder shore of promise. And crossing requires praise that brings the walls of opposition in your life tumbling down.

May we each take that step of faith into the waters and may G-d lead us to where our trust is without borders. 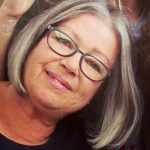 Debra was born in South Africa and was drawn to make aliyah to Israel in 1986. She resides with her husband Yossi in Rimmonim, a yishuv in the tribal area of Benjamin in the heartland of Samaria. 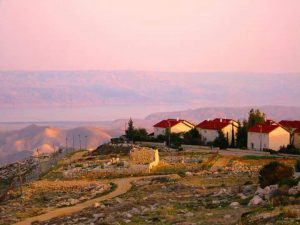 Rimmonim, meaning ‘pomegranates,’ is perched atop the mountains of Israel that form the backbone once known as the Highway of the Patriarchs. It is mentioned in Judges 20 with the story of the 600 Benjamites who escaped the bloody battle against their fellow tribes and fled to the rock of Rimmon where they found refuge.
Established in 1981 with only 12 families, today Rimmonim is home to some 200 families. 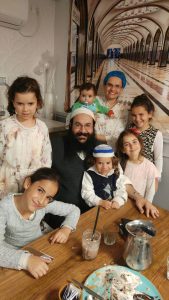 This article is dedicated to the memory of Rabbi Raziel Shevach z”l  who was gunned down this week in a cold-blooded terror attack in Samaria.

This week Israel saw one of its brightest lights extinguished and we, the residents of Samaria, together with and all Beit Israel grieve with the family for this son of Zion who, as a first responder with Magen David Adom, gave himself selflessly in the service of saving others. Driving on the highway a stone’s throw from his home at Havat Gilad shortly before 8pm, the 35 year old father of 6 was shot at repeatedly from a passing car. Suffering a critical wound to the neck, he managed to call his wife and ask her to call for an ambulance. Raziel was pronounced dead on arrival at the hospital. On Wednesday his body was laid to rest at Havat Gilad on the hilltops where he worked, on the Land he loved.

Rabbi Shevach z’l was a central figure in the Samarian community of Havat Gilad; not only was he an authorised rabbi, he was also a *mohel and *shochet, a member of the *chevra kadisha” and in the process of studying to become a rabbinic judge. He was also a longstanding volunteer paramedic with *MDA, on call 24/7 serving the residents of Samaria, and received a citation for his work in the organisation.

A friend and co-medic called him “a great man with a great heart. I never saw him sad. He was always so happy and he made everyone happy. He was someone who loved everyone.”

Yossi Dagan, head of the local settler council called him “a man of grace, a man of Torah and a friend…a true man of kindness, filled with boundless love.”

Agriculture Minister Uri Ariel said: “We swear to build the land of Israel. We will build, we will plant, and we will have children. We are emissaries and we will do our best to be faithful emissaries.”

Another said: “He is a korban tzibur, a communal sacrifice. He is not a private loss but a national loss…It could have been anyone amongst us who was killed, but this is what G-d wanted. He died for us.”

And Rachel still weeps for her children. May they all come home soon and thrive in the heartland on the mountains of Israel.

Rabbi Raziel Shevach z’l is survived by his wife Yael, 4 daughters and two sons. His oldest child is 11 and the youngest is 8 months old. We embrace the family in their sorrow and pray that they will be comforted in Zion.

“Whoever is buried in the Land of Israel, is as if he were buried under the altar.”