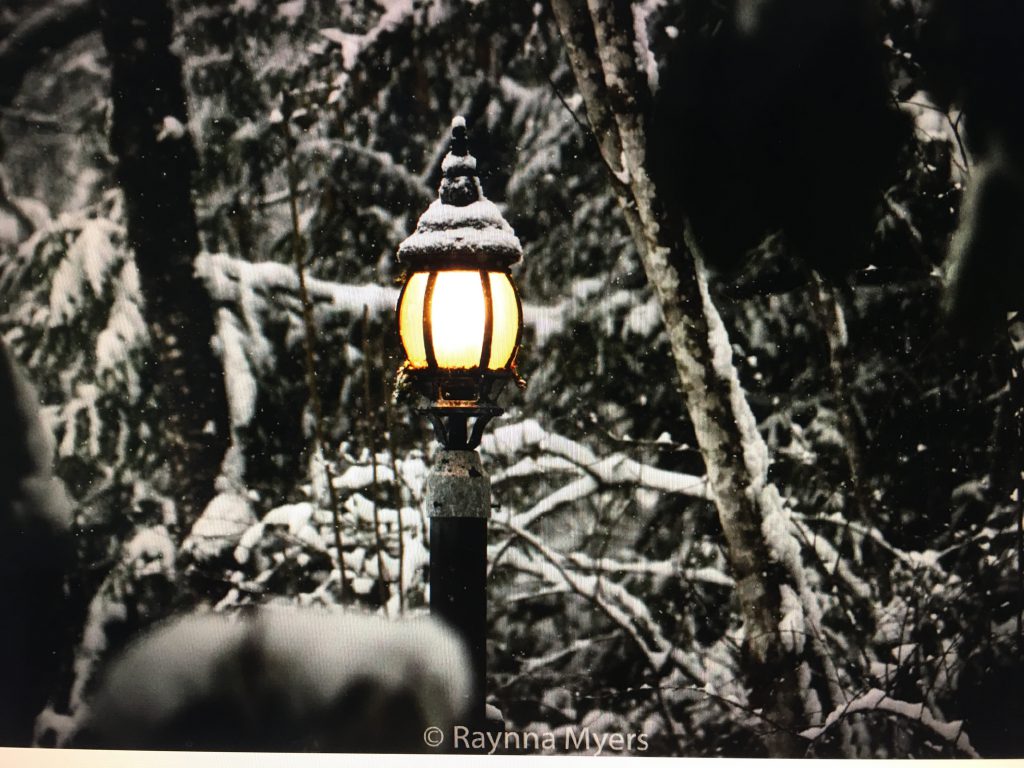 Some time ago my dear friend and teacher, Keren Hannah Pryor, began to write about liminal spaces, those in-between places, when we are not in one specific place or another, but find ourselves past something known (at least in part) and not quite on the threshold of what we do not yet know. I’d only ever really heard this space named by one other, the Irish poet John O’Donohue. His words made my heart sing, Yes. Even though the language was new to me, the concept was profoundly felt. Together, life became reframed.

Prior to that, I think the only vocabulary I knew to describe this capacity in life was…lost. And that word wasn’t quite true. That word carried my own self-judgement, my own definitions of where I stood. I learned that I was, “as found as I feel lost.” And it hit so hard when Rich Mullins said what Susan said, when we feel lost…

How love is found in the things we’ve given up… *

I needed help from outside of my own head, as I often do, and the consideration of liminal spaces was the hand that reached out to take me there. But now, over time, as I look back I see there were people and words and songs as guideposts all along the way that were showing me, even if it was from their own lack, how to be comfortable in my own skin.

Because, here where we live between the two great thresholds of birth and death, all of this life is liminal. All of us will at sometime find ourselves with a sense of uncertainty, or as we often call it, transition. When we engage with our own uncharted stories, pain and questions  often rise about how to live with joy and contentedness, with purpose, especially when we can’t quite name where it is that we are. right. now. Don’t be surprised nor feel alone in this. Life forming, on its way but not there yet, is an uncomfortable process.

And if your home is just another place where you’re a stranger
And far away is just somewhere you’ve never been
I hope that you’ll remember, I was your friend
I hope you’ll have the strength to just remember
I’m still your friend.  *

No, you are not alone. None of us is so different from each other as we sometimes imagine.  And, we all have had people, words, images, and songs as guideposts all along the way. In my own lack I’ve thirsted and run after so many empty or imagined promises of satisfaction. As though life could be a mathematical equation, as though it could be predictable, as though when it doesn’t turn out as we thought it would, or hoped or planned it would, there was a failure. Failure… another word often carrying our own definitions of where we stand; blind to kindness.

It’s so complicated how we get there, through the messages we have ingested, swallowed whole for one reason or another; those we allow to define our lives. On one hand we know we aren’t sure of where we are, on the other we know we’re not quite sure where we are headed, but still we’re holding on to the old because at least we know that. I have held onto the old—in my thirst, in my quaking.

Yet this realization, of letting go, is no end. This is a new place to begin, a choice laid before us to see the broken cistern we or others have dug that no longer holds precious water—because real life has happened; earth-quaking, time-battered life. This is a liminal space – a place to see the fountain of living water that will not break, though the mountains tremble, and words fail, and songs are wrong, and culture sucks, and people leave.

There are always imitators, but the worth of the genuine is never impaired
by the abundance of imitation and forgery. **

The prophet Jeremiah poetically uses the words, “fountain of living waters,” in reference to the Lord—yet it also is a technical term used elsewhere in the Bible for the concept of mikvah/immersion/baptism. Living waters, mayim chaim, the place a soul can bring their whole body into an action that proclaimed death to the old and lays firm hold upon the Source of all things old and new, known and unknown, lost and found. Taken hold of with open hands, by letting go, by recognition, and humility and, yes, even when we don’t know all the words yet, when we’re in the liminal space. Adonai Elohim, the fountain of living waters, is present there, near to the broken hearted ones who are ready and willing to let go. 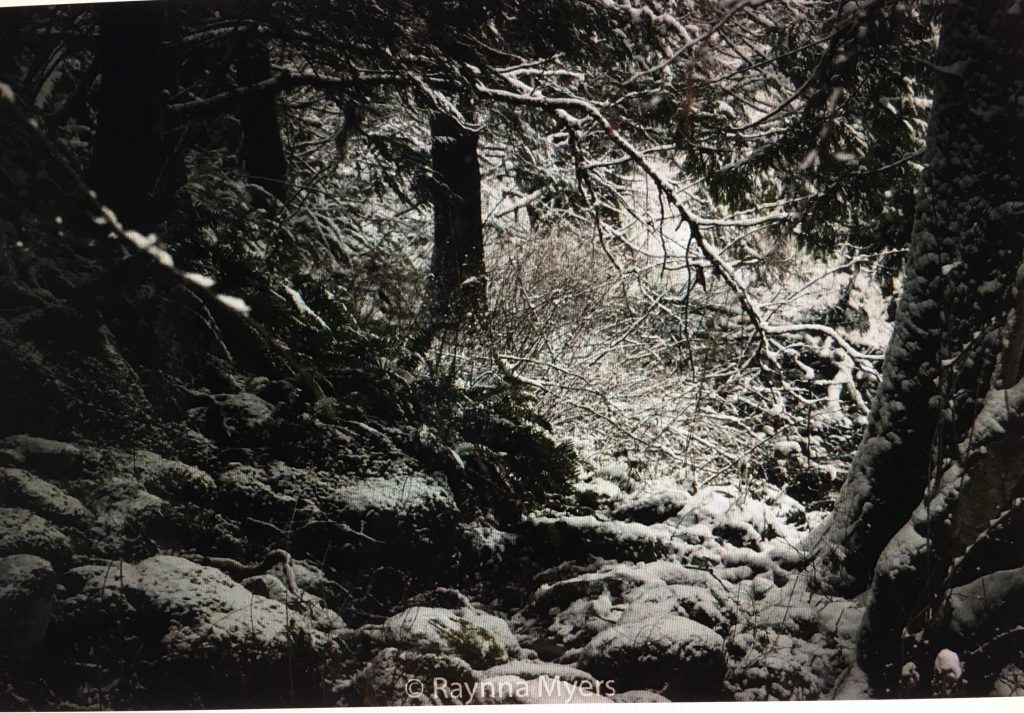 It has been a quiet December at my house, by intention. Much lighting of candles and dinners together around the table with almost all the electric lights out. I have both loved and floundered within it. No matter how good I know it is in my mind, even in my bones, my personal taste is a much faster, brighter, and louder pace. I’ve been learning to let go.

It’s been a loud December in my heart, by admission. I’ve found myself unable to escape admitting at least a dozen things, especially people, I haven’t and I don’t. want. to let go. It’s been fast, and bright, and loud in ways I don’t like at all. How picky I can get. I’d like to tell you that I prefer the gentlest of first sunrise light, and it would be true, not because it is my personal taste but rather an acquired one.

I acquired this preference running hungry and thirsty to the Living Waters – a good place, that did not hold me under boldly lit scrutiny, but rather invites all to dwell within as whole human beings because the power of God will dwells within us when we choose to dwell within Him, following His ways. This brings rest and recognition of the guideposts all along the way showing me how to be comfortable in my own skin. They continue to teach me that when I get to the crossroads it’s not about perfection, or what was, or what I thought could, would, or should be. They are teaching me there is an ancient path, a good way, a place to find rest for our souls and that we can let go, together. There is a belonging in the in-between.

Two incredibly powerful ways to process life is through conversation and journaling. Here are some questions and prompts for you to take into your own conversations and journals. If you feel alone, be the friend for another that you wish you had, it really can mend us a little at a time:

Q: When you look back, what do see you’ve been being taught all along? Who or what have been guideposts in this for you? Let them know?

Q: What do you need to let go, remembering, “What Susan said, how love is found in the things we’ve given up, more than in the things that we have kept”?

Q: What have you lost that you can still give thanks for today—because at one time you held it?  (Hugs to you in this bitter-sweetest liminality)

To stand in the tension of allowing a day, a moment, a word, a detail—even our own selves—to be what. it. is. small…but it also, here now, can bring freedom, outside the walls of fear, to see it as it actually is,

worthy.
worthy to be with,
worthy to be present to,
to nurture,
to look in the eyes of,
to stop for,
to choose,
to release.

Our Father in Heaven, Avinu sh’ba’Shemayim, give us eyes to see.

Letting go with you, this new year.
Raynna 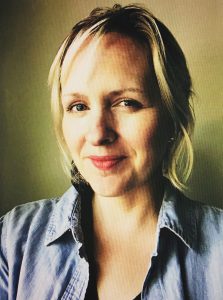 Hello, my name is Raynna Myers. I am very honored to get to write and communicate with HIS-Israel readers!

I would love if you visited me at www.raynnamyers.com, where I share as I grow as a disciple of Yeshua.

I am an author/photographer who lives with my husband and our six children, in Washougal, Washington, USA.

12 thoughts on “The Liminal Space of LETTING GO – Raynna Meyers”