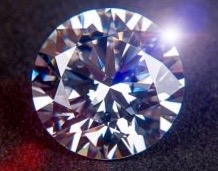 May it be Your will, O Lord, our God and the God of our forefathers, that You inaugurate this month of Sivan upon us for goodness and for blessing.

The Hebrew month of Sivan is an auspicious month that marks significant celebrations! Including the establishing of the USA embassy in Jerusalem in 2018, together with those of a number of other countries, recognizing the fact that Jerusalem – the City of the Great  King, is the rightful, and eternal, capital of Israel.

Another highlight of the month is the conclusion of the counting of the forty-nine days of the Omer and the celebration of the fiftieth Jubilee day of Shavuot, or Pentecost. Traditionally, the same date, 6th Sivan, is the birthday of King David and also the date upon which he died.

This month of harvest is singularly associated with the book of Ruth, King David’s great-grandmother, and sets the background for her story. The time is the ingathering of the wheat harvest, the setting is Bethlehem in Judea, and the events will culminate in a wedding and new life. Ruth had left her people and country of Moab both to support her mother-in-law Naomi and to cleave to her, and to her people, her land and her God – the God of Israel. Among the descendants of Ruth and Boaz would be born, in the little town of Bethlehem, the shepherd and future king of Israel, David, and also the Messiah, who, in the fullness of time, will be crowned king of God’s Kingdom in all the earth. 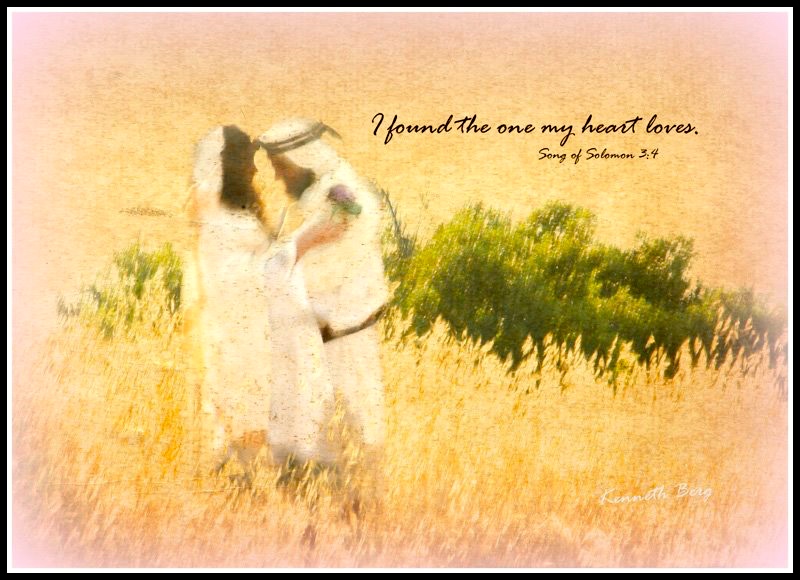 Shavuot also is the birthday of the Israelites as a nation. It was the day God gathered the redeemed slaves at the base of Mount Sinai and gave them His Word and established a covenant with them, saying:

And I will make my abode among you, and my soul shall not abhor you. And I will walk among you, and will be your God, and you shall be my people. I am YHVH your God, who brought you forth out of the land of Egypt,  that you should not be their slaves; and I have broken the bars of your  yoke and made you walk erect.

You will find in the order of the tribes according to their encampments around the Mishkan/Tabernacle in the wilderness, Judah, Issachar, and Zebulon correspond to the months of Nissan, Iyar and Sivan.

The people of Zebulon were successful merchants who travelled widely to provide support not only for themselves but also for others, particularly their neighboring tribe of Issachar who were Torah scholars and teachers. His outstanding charity earned Zebulon the honor and respect of others and also great favor in God’s eyes.

The precious stone designated by God to represent Zebulon on the breastplate of the High Priest is the strongest and most radiant gem of all – the yahalom, the diamond. Zebulon’s portion of the land of Israel along the North-East seacoast also contained the only source of something very meaningful and valuable to all Israel – the chilazon, a small snail from which the blue dye called techeilet is extracted.

The LORD said to Moses, “Speak to the people of Israel, and bid them to make tassels (tzitziyot) on the  corners of their garments throughout their generations, and to put upon the tassel (tzitzit) of each corner a cord of blue (ptil techeilet); and it shall be to you a tassel to look upon and remember all the  commandments of the LORD, to do them, not to follow after your own  heart and your own eyes, which you are inclined to go after wantonly.”

The tassel on each corner has three white strands and one strand of blue. They are threaded through a hole in the corner and knotted, which results in a tassel of eight strands. Four sets of eight make a total of 32, the number that spells the Hebrew word lev (heart). This is a significant pointer that part of the purpose for tzitzit is a reminder to love and serve the Lord with all one’s heart. To the Orthodox Jew, and others who wear them, tzitzit can be compared to “heartstrings” that represent both a constant longing for the Presence of God and the means of drawing closer to Him – the ‘thread’ that connects heaven and earth.

The sages commented that the blue thread (ptil techeilet) “…resembles the sea, the sea resembles the heavens, and the heavens resemble the Throne of Glory”. White is commonly associated with the purity and righteousness of God, and techeilet, blue, signifies His majesty and sovereignty over the earth, as well as His constant gracious Presence with us. Although, historically, the use of royal blue and purple dyes was restricted to nobility, God instructed that every Israelite was to include this one thread on each corner of their garment as a reminder that as children of the Great King of the Universe and they are indeed royalty! 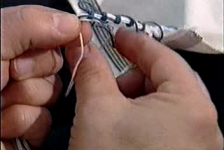 * For more information on techeilet, also spelled tekhelet you can visit www.tekhelet.com

Today tzitzit are worn on the tallit – prayer shawl – and, for every day use, on a light, cotton undergarment called a tallit katan (small tallit). When donning the prayer shawl a beautiful prayer is uttered:

“How precious is your loving-kindness, O God! The sons of man take refuge in the shadow of your wings. May they be satisfied from the abundance of your house; and may You give them to drink from the stream of Your delights [the living water of Your Word]. For with You is the source of life; by Your light we see light. Extend Your loving-kindness to those who know You, and Your righteousness to the upright of heart.”

The Arab-Turkish conquest of Israel  under Salahadin, circa 638 CE/AD, is believed to have brought an end to the dyeing industry and the chilazon disappeared from the shores. The loss of the blue thread for tzitzit was widely lamented by the Jewish people. It was only after the modern restoration of the people of Israel to their Land that, through archaeological investigation, the locations of the dyeing industry with remains of massive mounds of chilazon shells were discovered. Through the twentieth century, extensive searches and tests established that the snails have now returned and the method for creating the authentic techeilet dye was discovered. The latter was achieved by Prof. Otto Elsner of Shenkar College of Fibers in Israel, together with Ehud Spanier of Haifa University – located in the ancient portion of Zebulon!

Just as this small living creature, the chilazon, gives of itself, indeed its very life, to provide God’s people the means of obeying a command of God, so did Zebulon epitomize generosity in freely giving means to their brothers to enable them to pursue the study and teaching of God’s Word. The essence of the month of Sivan and the joyful appointed time of Shavuot is the celebration of the foundational truth that, just as it is the Creator Himself who provides the snail that contains the means to fulfill one of His commandments, so is He the all-knowing Father who in great loving-kindness provides all our needs as His children.