May it be Your will, O Lord, our God and the God of our forefathers, that You inaugurate this month of Adar upon us for goodness and for blessing. 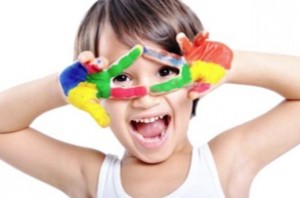 Adar is the twelfth and last month of the biblical year, which begins in Nissan, the month of liberation from Egyptian slavery. The happy holiday of Purim, when the scroll of Esther is read in commemoration of God’s salvation of the Jews of Persia, always falls on 14th Adar. [ In a leap year, when an extra month of Adar is added, and we have Adar Aleph and Adar Bet, it is celebrated in Adar Bet.] The first day of Adar falls on the eve of 12th February this year (2021).

The story of Esther speaks of God’s people who are in exile and the defeat of the enemy who plots to destroy them. It illustrates the historical threat of Amalek, the archetypal enemy of the Jewish people; and the timeless promise of God’s salvation and ultimate victory. Esther’s cry echoes the cry of her matriarch Rachel, who “wept for her children who were in exile.” God again hears from Heaven and brings deliverance. Praise our faithful God and mighty Deliverer! A good reason to celebrate with a party, and to put up a sign to remind yourself, “Be Happy – it’s Adar!”

The month of Adar corresponds with the tribe of Naftali.* As recorded in Genesis 30:8, he was the second son born to Rachel’s maidservant, Bilhah. Why did Rachel name him Naftali? And what is his tribe’s connection with the month of Adar? 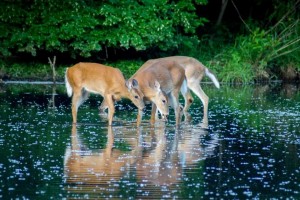 The Blessings of Naftali

When Jacob assembled his sons to his deathbed, he blessed Naftali as follows: “Naftali is a hind let loose, who delivers – imri shafer – beautiful sayings” (Genesis 49:21).
The Midrash explains that the word shafer alludes to the word m’shaper, to perfect or to beautify. It also shares a root with the word shofar. Interestingly, Proverbs 5:19 compares the Torah to a “beloved hind”. A possible reason for this is found in a verse in the Talmud, which states that just as a hind always remains beloved to her mate so too the Torah remains beloved to those who study it.*** The tribe of Naftali would obey and perfect, i.e., teach and clarify the words, or sayings, of the Torah that were given at Sinai with the sound of the shofar.

By comparing him to a hind, a female deer, let loose, we can surmise that a characteristic of the tribe would be alacrity – the ability to swiftly reach “high places” and to be fruitful in their undertakings. Indeed, once the Israelites were in the Land, the northern Galilee area allotted to Naftali proved to be extremely fertile and was the first to rapidly produce much fruit.

The Scriptures also describe how the tribe of Naftali were ready and able soldiers, quick to defend their nation. With alacrity this tribe, led by Barak ben Avinoam, joined the prophetess Deborah and fought to defeat Sisera and his mighty army (Judges 4:10).

When Moses blessed the tribe, he proclaimed, “Oh Naftali, satisfied with favor, and full of the blessing of the Lord…” (Deuteronomy 33:23). This was a blessed tribe indeed; those satisfied with their lot in life. They studied and shared Torah, produced an abundance of olives, fish, and fruits of the Land, and enjoyed the good favor of God and man.

The Fun of Adar 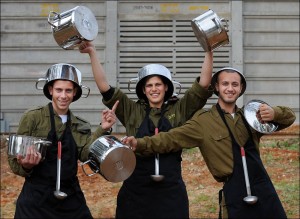 Humor often puts things into perspective and in a world that sometimes makes no sense, often combines sorrow and laughter. In Adar we find a laughter which springs from joy.

As Rabbi Lubliner describes, in Sanctity of Laughter,

Humor is also a path to God. For to laugh at something is to recognize its limits, its boundaries. Humor shatters a variety of idols — be they our leaders, our enemies, our own foibles. Only God is absolute. All Jewish humor points to the fact that nothing else in this universe even comes close [to Him].

The fun and joyful festival of Purim is celebrated during Adar. The message of Purim, however, is not to wear a mask of joy to cover up your true feelings. Pain and suffering touch every life, but this month of Adar reminds us that joy is our birthright.

…the Jews got relief from their enemies, and as the month that had been turned for them from sorrow into gladness and from mourning into a holiday; that they should make them days of feasting and gladness, days for sending gifts of food to one another and gifts to the poor.

In the face of the ongoing historical threat and violence of Amalek, we can trust in the timeless promise of God’s salvation and ultimate victory.

As Queen Esther reminds us, even when we cannot see Him, God always is whispering to us: “I am with you, as I have been all along. I will always be here for you. Choose in faith to see Me in all circumstances, and let your heart be filled with joy and peace.”