Was Paul a Christian? ~ Keren Hannah 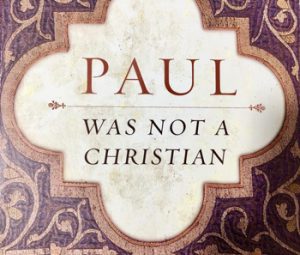 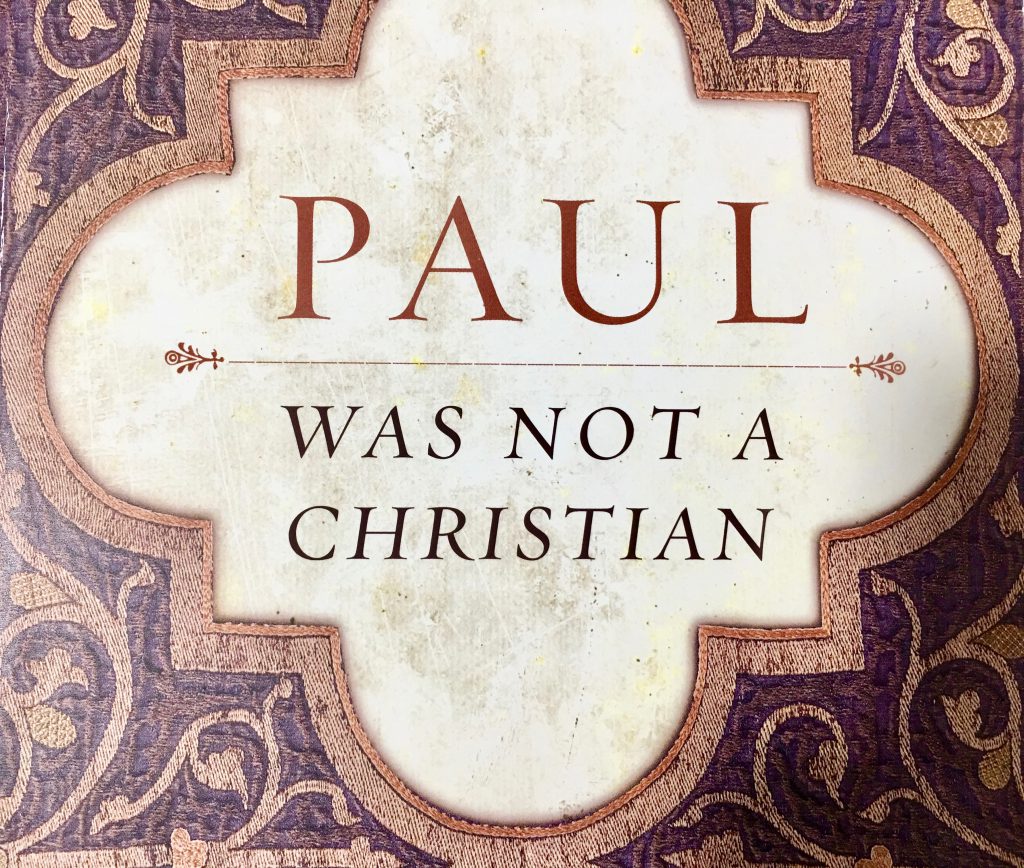 In answer to my question, Pamela Eisenbaum, of the Hebrew University and now a professor of biblical studies at Iliff School of Theology in Denver, Colorado, boldly states on the cover of her book (excerpted above): Paul was not a Christian.

I have wrestled with the apparent contradictions I found in Paul’s letters. In particular, those that carried a strong Anti-Jewish and Anti-law, or Torah, slant. From Ryan’s introduction:

“WHY take the time to examine Paul in the context of Judaism? Because it is a critical component of the restoration of the Hebraic heritage. It’s the important paradigm shift for the multidirectional hermeneutic needed to gain a clearer perspective of the basis of Paul’s important mission and message.  This is not to say that the Church is ‘bad.’ It has done, and is doing, great good in the world, and it preserved the teachings of Yeshua. [However, at this point in history] the Church needs to be lovingly and respectfully challenged in regard to the Jewish identity of Paul.”

Christians are waking up to the fact that Christianity needs to be restored to its Jewish Roots and the Torah. By now a good portion of the Church has woken up to the Jewish identity of Jesus and the Hebraic roots of the faith and Christians can embrace the Jewish Rabbi Jesus. However, the anti-Judaism roots run deep.

In the 2nd Century, Church father Ignatius said, among other Anti-Semitic diatribe:
“If we go on observing Judaism we admit we never received grace. It is monstrous to think of Jesus living as a Jew!”  Christian scholar and author, John Gager, comments: “In the rhetoric of Christian triumphalism there was no space for Judaism. Jews no longer had anything to offer.”
Martin Luther accused the Jewish people of being enemies of God – and he therefore made them his own enemies. In fact, Anti-Judaism can be traced throughout Church history…from Marcion, to Luther, to modern Christian scholars such as F.C. Bauer and Bultmann. Even the renowned and respected Bible teacher John MacArthur proclaims: “Judaism, in God’s eyes, is a dead issue, but the burial took a long time. It was a very difficult thing for the Jews (Paul, Peter, etc.) to sever their relations with Judaism.”
Pamela Eisenbaum comments: “The misreading of Paul was inexorably linked to the degraded conception of Judaism that so often led to the worst manifestations of Anti-Semitism.”

In the 1960’s a new interpretation arose, coined the ‘New Perspective’ on Jesus, Paul, and Judaism, through scholars such as J.D.G. Dunn, E.P. Saunders, Krister Stendahl, etc.. Their big contribution was to offer a different perspective on Judaism in Jesus’ time.

E.P.Saunders described a pattern of Jewish thinking he termed “covenantal nomism,” and pointed out that Jews did not keep the Torah and do mitzvoth in order to earn salvation and to see themselves as ‘righteous’, but rather because it was the way [given by God] to live in affirmation of their covenantal relationship with God.

So, how is  Paul relocate within Judaism? Pamela Eisenbaum’s book goes a long way is answering that question.

Note of interest: Pamela Eisenbaum points out that,”…it is virtually a historical certainty that people produced and promulgated texts using Paul’s name pseudonymously. …some of the letters attributed to Paul are ‘disputed’ and of dubious origin.”
The seven undisputed letters are: Romans, 1 and 2 Corinthians, Galatians, Philippians, 1 Thessalonians, and Philemon. (Paul was not a Christian, p. 22)