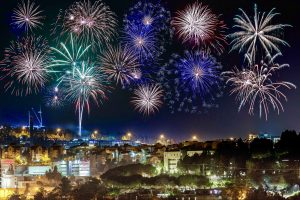 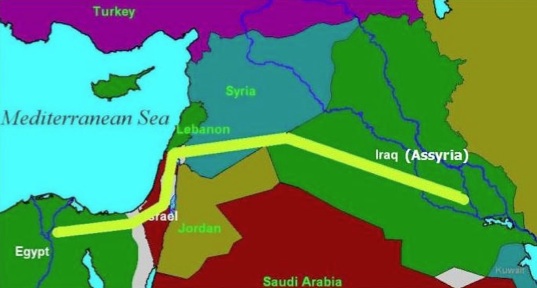 …And many peoples shall come, and say:
“Come, let us go up to the mountain of the LORD, to the house of the God of Jacob; that he may teach us his ways and that we may walk in his paths.” For out of Zion shall go forth the Torah, and the Word of the LORD from Jerusalem. (Isaiah 2:3)

Undergirding the Word was the promise of YHVH: “I will return to Zion and will dwell in the midst of Jerusalem, and Jerusalem shall be called the faithful city and the mountain of the Lord of Hosts, the Holy Mountain” (Zechariah 8:3).

In the year 70 CE, Jerusalem and the Temple were destroyed by the Romans. Again, the majority of the Jews were exiled and the land slowly became desolate until 1948 when, in a marvelous intervention and outworking of God, the modern State of Israel was born. During that interim period of almost 2000 years the land, then named Palestina by the Romans, was invaded and trodden down by Byzantines, Arabs, Kurds, Mongols, Mamalukes, Tartars and Turks – as well as by the Crusaders from the West. Throughout the string of invasions Jews continued to dwell in the land. At the time of the first Crusade, for example, there existed sizeable agricultural Jewish populations in the Galilee. There also were important Jewish communities in Jerusalem and other cities such as Hebron, Akko, Haifa, Jaffa, Ramlah, Ashkelon and Gaza. 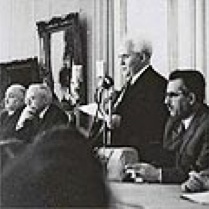 “When the LORD brought the exiles back to Zion, we were like those who dreamed!” (Psalm 126:1)

To be involved with the life of Israel is to be in labor. What is the meaning of the State of Israel? Its sheer being is the message. [It] is a rehearsal, a test, a challenge to all of us. …Nonparticipation in the drama, is a source of embarrassment. Israel…is a call to every one of us as an individual, a call which one cannot answer vicariously.It is, at the same time, a message of meaning…a hope for a new appreciation of being human. [It] is to participate in the process of continuous redemption…[to ensure] that awareness of God penetrates human understanding. …This is the challenge we face. The Bible is the challenge and the way. [3]

What does it mean to be a biblical Zionist? Pastor David Decker answers from a Christian viewpoint:

“Zionism is simply the belief that the Jewish people should return to live in their ancient homeland [according to] hundreds of Scriptures in our Bible.” He adds: “The whole modern Zionist enterprise, even ‘just’ the physical part, is Divinely blessed and inspired. In my own humble opinion Israel is already the greatest place to live on earth! [However] the real greatness of Israel lies in her spiritual potential…to build the Holy Temple and to become the prophesied Light to the Nations.” [5]

In almost all Bible-believing circles there is a growing anticipation of the imminent arrival of Messiah to the Mount of Olives in Jerusalem. Only God Himself knows the details of the ‘bigger picture’ of His plan. In the meantime, we can stand together in support of Israel and aspire faithfully to do all our Father gives us to do, with joy in all He has already accomplished and in great hope for the promises still to be fulfilled.